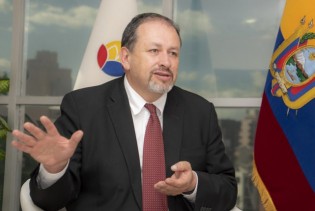 By Ángela Meléndez
Ecuador's new media law introduces guarantees to democratise communications. But it has come under fire from critics who say it could set limits on investigative journalism. Many doubts will only be answered once its regulations are passed.

By AJ Correspondents
A decision on whether or not Edward Snowden, the whistleblower who is facing charges of espionage in the U.S., will be given asylum in Ecuador could take months, officials there say.

By Leisa Sánchez and Ángela Meléndez
Ecuador's President Rafael Correa secured yesterday his third term in office by a landslide, after vowing to radically deepen his project of citizens' revolution by making the changes achieved thus far "irreversible", fully achieving the goals of eradicating poverty, transforming the model of production and consolidating the "rule of the people”.
Next Page »
ADVERTISEMENT ADVERTISEMENT