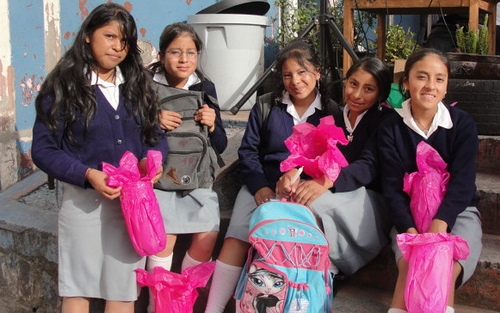 QUITO, Mar 25 2013 (IPS) - Ecuador hopes to move forward in the fight against violence against women by typifying femicide – gender-motivated killings – as a specific crime in the new penal code.

The first statistics on gender violence in this South American country were presented in 2012, indicating that 60 percent of women had suffered some kind of mistreatment.

The aim now is to include the crime of femicide in the penal code reform introduced in Congress in late 2011. The new code is expected to be approved by the legislature to be sworn in on May 24.

The bill describes femicide as the murder of a woman “because she is a woman, in clearly established circumstances.”

It goes on to describe these circumstances: the perpetrator unsuccessfully attempted to establish or re-establish an intimate relationship with the victim; they had family or conjugal relations, lived together, were boyfriend/girlfriend, friends or workmates; the murder was the result of the “reiterated manifestation of violence against the victim” or of group rites, with or without a weapon.

Femicide is to be punishable by up to 28 years in prison – similar to the sentence handed to hired killers.

What prompted Ecuador to typify the crime of femicide? First of all, the evidence.

Academic studies and police reports indicate that crimes against women have increased sharply. The Metropolitan Observatory of Citizen Security reported 21 femicides in Quito in 2012 and 28 in 2011.

In the most populous city, Guayaquil, on the Pacific coast, of 137 murders of women committed between January 2010 and June 2012, 47 were femicides and just four ended in prison sentences, according to the report “The paths of impunity”, presented Mar. 14 by the Ecuadorean Centre for Women’s Promotion and Action (CEPAM).

Another reason that femicide was classified as a crime was the shockwaves sent out by recent murders of women.

Karina del Pozo, 20, went missing in Quito on Feb. 20. Her body was found eight days later in an empty lot on the north side of the city, showing signs of abuse and a blow to the head that caused her death.

According to the police investigation, she was allegedly killed by three young male acquaintances when she refused to have sexual relations with one of them, after a party which they attended together.

In mid-February, the body of a 16-year-old adolescent girl was found in a burlap sack in the Andean province of Cotopaxi in the centre-north of the country, with signs of sexual violence. And on Feb. 28, 24-year-old Gabriela León was strangled and her body was dumped in a bag in the northern city of Ibarra.

In every case, the suspects or confessed murderers were men.

Thousands of people took to the streets to demand greater security, and the families of victims organised to demand that femicide be classed as a specific crime.

Femicide is “the murder of a girl, teenager or woman because she is a woman or because of the cultural constructions according to which men close to women feel that they have power over them,” left-wing lawmaker María Paula Romo of the opposition party Ruptura 25 told IPS.

Romo said the inclusion of femicide in the new penal code was in response to “the need to visibilise this kind of extreme violence against women, which has characteristics that make it very different from other crimes against life.”

But she said she did not believe that the mere classification of the crime would bring about changes. “Typifying it will not help prevent or avoid it. But this is a tool to raise awareness, to call things by their name, to train and sensitise people in the justice system, and even to obtain statistical information that enables us to work to change things.”

Mauro Andino, who belongs to the party of left-leaning President Rafael Correa and is the chair of the congressional Justice Commission, told IPS that the aim of the penal code reform was to safeguard the rights of women, because “it is different when a woman dies because of a robbery than when she dies as a result of harassment and violence at the hands of her partner.”

According to the National Survey on Family Relations and Gender Violence 2012, of the women who said they had suffered gender violence (60 percent), 76 percent had experienced it at the hands of their current or ex-partners.

Gender violence was present in both cities (61.4 percent) and rural areas (58.7 percent), and it affected women from all socioeconomic levels: both the poorest quintile and the richest quintile had rates above 50 percent.

Ecuador thus follows on the heels of other Latin American countries that have adopted femicide in their legislation: Argentina, Bolivia, Chile, Costa Rica, El Salvador, Guatemala, Mexico and Peru.

However, in several of those countries – most notoriously Mexico and Guatemala – the classification of femicide as a crime has failed to reduce the wave of violence against women.