The Green Climate Fund has been opened up to observers, but civil society representatives want to play a bigger role. 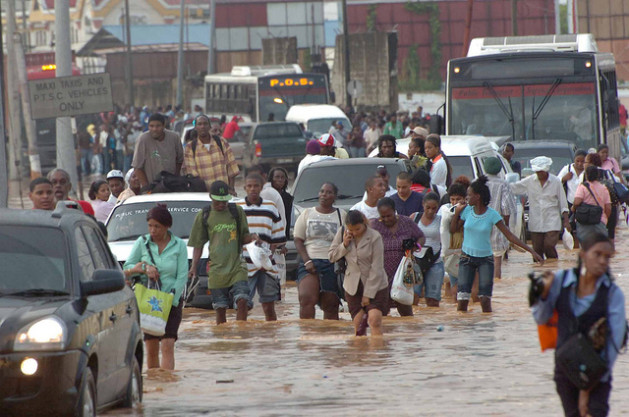 MEXICO CITY, Jul 21 2013 (IPS) - The Green Climate Fund (GCF), created under the auspices of the United Nations to finance the huge investments demanded by climate change, was opened up to participation by civil society and private sector representatives as observers in March.

But non-governmental organisations are pressing for more active participation now that the GCF is moving into the crucial phase of designing policies and distributing resources, especially with regard to the controversial Private Sector Facility.

“Now they are discussing what type of observers and executors can be in the Fund. This opens up the possibility of having financial institutions involved as executors, and they are studying the criteria for qualification and safeguards,” Colombian attorney Astrid Puentes, co-director of the Interamerican Association for Environmental Defense (AIDA), told Tierramérica. In this process, “we are being ignored,” she stated.

As one of the observer organisations from the region, AIDA monitors the sessions of the GCF Board, which is based in South Korea.

The creation of the GCF was agreed at the 16th meeting of the Conference of the Parties to the United Nations Framework Convention on Climate Change, held in late 2011 in Cancún, Mexico. The industrialised countries pledged to deliver 30 billion dollars in new and additional financing by 2012, with priority placed on resources for climate change adaptation in the poorest and most vulnerable countries.

A longer-term target was set for the mobilisation of 100 billion dollars annually by 2020.

The World Bank was designated as the interim trustee of the Fund for the first three years.

A year later, in Durban, South Africa, a governing body was created: the 24-member GCF Board, composed of an equal number of members from developed and developing countries, responsible for the execution and oversight of the Fund’s resources.

At its next meeting, scheduled for this September in Paris, the Board will assess the progress made in the development of a business model framework, transparency policies, private financing and conditions for access to GCF resources.

“It’s important that, whatever is done, it has to do with small and medium enterprises. The approach should focus on the needs of ordinary people in the developing countries and then how the private sector is engaged,” Karen Orenstein, an international policy analyst at Friends of the Earth U.S., told Tierramérica.

“It’s incredibly important that a country decides what is good and the private sector obliges to it,” she added.

At a meeting on Jun. 25-28 in the South Korean city of Songdo, where it is based, the GCF Board decided that the Private Sector Facility will commence its operations through accredited national, regional and international implementing entities and intermediaries. It also established that it may over time work directly with private sector actors, subject to consideration by the Board.

This decision derailed attempts by the United States and Australia to give corporations direct access to the funds, bypassing government control.

A report published in June by a consortium of five civil society organisations, funded by the UK-based Climate and Development Knowledge Network (CDKN), stressed the role of national institutions.

“Especially the GCF should prioritise access of local (…) actors to the available funds,” the report states, adding that “clear funding modalities must be put in place to ensure multi-stakeholder decision-making processes, including sub-national and non-state actors, as well as the devolvement of funds to the local level.”

Private sector companies, which also have representatives as GCF observers, want the funds transferred by the wealthy countries to cover their investments in clean development projects in developing countries, which they can claim as reductions in greenhouse gas emissions.

Latin American delegates were missing in Songdo, since neither Mexican Senator Ernesto Cordero, a Board member, nor his alternate, Rodrigo Rojo, deputy director for International Affairs at the Ministry of Finance of Chile, was in attendance.

But that was not the only problem.

“The last meeting was disastrous for citizen participation. They shut us out of some discussions, like the definition of the business model, on the pretext that our organisations have no experience in these matters,” said Puentes.

Orenstein commented that “the countries that were the major obstacles were Australia and the U.S., who boast they are the champions of transparency. The real champions were Zambia, the Democratic Republic of Congo and indeed Sweden. It was regressive; they vetoed the presence of civil society delegates in the most important discussions.”

In November 2012 almost 34 billion dollars in climate finance had been pledged, according to an analysis conducted by institutions in the United States, Germany, the United Kingdom, Japan and Norway. Of this total, 28 million had been requested and/or budgeted by the executive bodies of the countries that have pledged the funds.

However, it is difficult to determine if these resources are genuinely “new and additional” and not part of previously allocated assistance or financing. Every country uses different instruments and channels resources through different schemes and institutions. It also is not clear if priority has been placed on adaptation measures in the most vulnerable countries.

On Jun. 24, the day before the last GCF Board meeting began, a large group of non-governmental organisations sent the Board a letter highlighting key issues regarding transparency and public participation and requesting that they be addressed at the meeting.

“The Board would benefit from having civil society participation given the vast expertise and experience found among the different groups and individuals that represent civil society,” the letter emphasised.