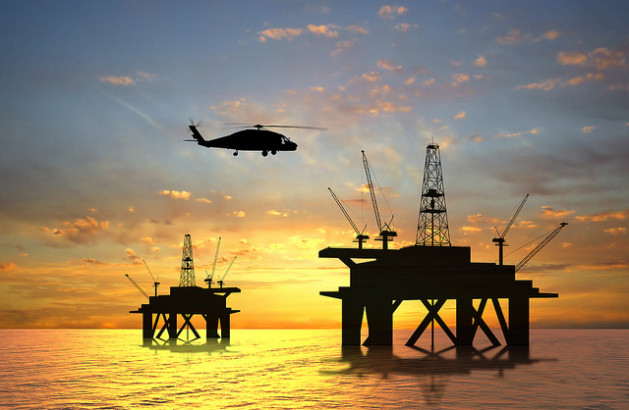 The treaty clarifies how oil-and-gas rights and revenues would be split in the transboundary areas of the Gulf of Mexico, where a drilling moratorium has long been in place. Credit: Bigstock

WASHINGTON, Sep 30 2013 (IPS) - As lawmakers here prepare to take up legislation that would green-light a U.S.-Mexico agreement on oil-and-gas drilling in the Gulf of Mexico, development and rights groups are urging them to reject a proposal that would exempt involved companies from new disclosure requirements.

Transparency advocates warn that the proposal, which has already been passed by the U.S. House of Representatives, has little to do with the U.S.-Mexico agreement itself, but rather is part of a continuing attack on new regulations that would force large oil-and-gas companies to disclose payments made to governments. Indeed, the provision itself is titled “Exemption from resources extraction reporting requirement”.

"Conservatives in the House have chosen to turn something uncontroversial into a political football.” -- Jonathan Kaufman of EarthRights International

A U.S. Senate committee is slated to take up the bill on Tuesday, and could choose to reject the House provision. (The hearing is expected to go forward regardless of the current fears of a federal government-wide shutdown on Monday night.)

“This provision is simply unnecessary for the agreement, which was negotiated over the course of three years,” Jana Morgan, national coordinator at Publish What You Pay USA, an advocacy group, told IPS.

“Standard oil industry contracts already often include clauses that allow for this type of disclosure. And it’s important to note that this exemption would actually apply to all such transboundary agreements – not just in Mexico. This is an attempt to gut the new disclosure requirements.”

On Monday, 10 members of the Publish What You Pay coalition urged the Senate committee to drop the House’s anti-disclosure provision, which they call a “poison pill”. Conservative sponsors of the provision say it is necessary to safeguard U.S. competitiveness in Gulf of Mexico fossil fuels exploration, but many are saying it now looks as though these lawmakers chose a losing fight.

“Regardless of what I think about drilling in the Gulf of Mexico, the fact is that this agreement has bipartisan support, and conservatives in the House have chosen to turn something uncontroversial into a political football.”

The accord in question is known as the U.S.-Mexico Transboundary Hydrocarbons Agreement (THA), signed in February 2012. Representing the first of its kind between the two countries, the treaty clarifies how oil-and-gas rights and revenues would be split in the transboundary areas of the Gulf of Mexico, where a drilling moratorium has long been in place.

Mexico stands to gain significantly from the new deal, experts say. U.S. imports of Mexican oil have tapered off in recent years, particularly after Mexico has lacked significant infusions of foreign investment in the sector, in part due to legal restrictions.

“North America is in the midst of an energy revolution, and though Mexico shares in the natural resource wealth of the rest of the continent, current policies limit Mexico’s ability to take full advantage of it,” Christopher Wilson, an associate at the Mexico Institute of the WoodrowWilsonInternationalCenter for Scholars, a think tank here, told IPS.

“While Mexico’s domestic policies are at the heart of the matter, the transboundary agreement could prove the viability and benefits of international collaboration in the energy sector.”

The THA was signed around a year and a half after a landmark regulatory bill, known as the Dodd-Frank Act, became law here in Washington. That law includes a provision, Section 1504, that requires all large U.S.-listed extractives companies to publicly disclose any payments made to foreign governments.

Section 1504’s increased transparency is aimed particularly at empowering civil society in developing countries to ensure that revenues from natural resources can be used for the public good, rather than disappearing due to corruption and opaque bookkeeping.

Although this requirement has hit snags in implementation here (an early version of the rule was struck down in the courts this summer), it has already offered an important global precedent. Earlier this year the European Union adopted similar legislation, while Canada and the rest of the Group of 8 (G8) rich nations have pledged to do the same.

“This [anti-disclosure] provision is essentially second guessing something that Congress has already decided that we need,” EarthRights International’s Kaufman says, “even while it is essentially going against a trend that has already been embraced by nearly the entire international community.”

This international action means that several of the largest oil-and-gas companies – for instance, Shell and BP – would already be required to make payment disclosures, given that they are listed on European stock exchanges. That will stand regardless of how the U.S. Congress resolves the dispute over the U.S.-Mexico THA.

It also underscores a potential lack of corporate support for the House’s anti-disclosure provision. Indeed, the international trend towards payments disclosure and greater transparency has also already been embraced – if only tentatively – by extractives companies themselves.

Earlier this year, the Extractive Industries Transparency Initiative (EITI), a voluntary programme currently operating in nearly three-dozen countries, undertook a major revision of its own rules to make sure they are in line with Section 1504. That move was supported by EITI’s members, which include several of the world’s largest oil-and-gas companies.

“We think it’s politically unwise to push for inclusion of any exemption – there’s strong support for transparency in the Senate and this provision would make it much more politically difficult to actually pass this legislation,” Ian Gary, senior policy manager for extractive industries at Oxfam America, a humanitarian group, told IPS.

“There hasn’t been a lot of momentum around this agreement necessarily, but there is broad momentum around implementing these new disclosure requirements. In fact, disclosure of this type would help oil companies build trust with the Mexican people, so they can see what they will actually get out of these new developments.”

There does not appear to be any opposition to the transparency requirements coming from Mexico, either from the government or civil society. Not only does the bilateral agreement mandate that disclosure requirements be consistent with national laws, but such disclosure wouldn’t contravene any Mexican law.

“Any exemption from reporting under [Section 1504] … would be against the interests of Mexican citizens,” an open letter from 27 Mexican NGOs, sent in June to U.S. lawmakers, states.

“[T]he disclosure of information required by Section 1504 does not contravene any Mexican law and, moreover, improves the guarantee of the right of public information access, established in our legislation.”