NEW YORK, Sep 3 2013 (IPS) - Africa and Pakistan are now battling outbreaks of polio, threatening the extraordinary progress the world has made in fighting the almost-extinct disease. In the Horn of Africa, there are now 121 reported polio cases. Last year, there were 223 worldwide.

Siddharth Chatterjee has served as the chief diplomat, head of strategic partnerships and international relations at the International Federation of the Red Cross and Red Crescent Societies, the world’s largest humanitarian network, since June 2011. 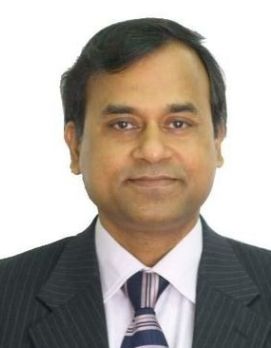 In his previous work with UNICEF, Chatterjee was on the front lines of polio eradication campaigns in South Sudan, Darfur and Somalia, and remains passionate about the eradication of polio and the advancement of child rights.

Q: Considering all the attention given to fighting polio, what are the causes of these outbreaks now?

A: When the Global Polio Eradication Initiative (GPEI) was launched in 1988, the poliovirus was in 125 countries, paralysing or killing 1,000 people a day. Today, polio cases have been reduced by 99 percent with only 223 cases reported worldwide in 2012.

The GPEI Independent Monitoring Board recently remarked that, ‘Poliovirus has been knocked down but it is certainly not knocked out.’

Outbreaks happen when large populations of children are not immunised. This can happen for a couple of reasons, including operational quality of campaigns, but most often because insecurity, like the recent violence in Pakistan, or mobile populations make children inaccessible.

Ultimately, to stop this outbreak, we need to hammer the virus continuously with vaccines and repeated rounds of immunisation, and find ways of accessing the hard to reach and insecure areas.

Q: What is the biggest obstacle to the eradication of polio and how do you overcome it?

I saw this firsthand in 2005 when I was working with UNICEF in Somalia. After two years without a case, polio returned and paralysed 228 children. Herculean efforts were made to ramp up social mobilisation, intensive and wide-scale response activities, overcoming huge security and logistical challenges and massive funding helped in stopping the spread.

Through the Somali Red Crescent we were able to access some of the most insecure areas.

Government leadership, trusted national institutions, social mobilisation, engagement and negotiating with all parties is key to any successful campaign. This was my experience in Darfur too. In insecure areas we have to talk to everyone, each party regardless of their political or ideological position is a stakeholder and we have to get everyone aligned around one central theme-children and their wellbeing.

Q: Why is the focus on polio alone, and what is the international community doing to stop other vaccine-preventable diseases?

A: The world has made an enormous amount of progress against a whole range of vaccine-preventable diseases over the past few years. The GAVI Alliance – a public-private partnership focused on increasing access to vaccines in low-income countries – has contributed to the immunisation of more than 370 million children since 2000. Dr. Seth Berkley, the CEO of GAVI, is leading the charge to ensure a quarter of a billion children are vaccinated by 2015.

The greatest legacy of the polio eradication movement might very well be the foundation for stronger health systems it creates along the way. The polio programme is already finding and reaching previously inaccessible children with the polio vaccine and combining these efforts with other health care resources.

We’re building a system that can increase access not only to vaccines, but to other medicines, bed nets for malaria prevention, clean water, access to proper sanitation, hygiene promotion, improved nutrition, reproductive health services, etc.

A: The international community has been awesome, and frankly without their support we would not have got this far in our fight against polio.

At the end of April 2013, I was at the Global Vaccine Summit in Abu Dhabi. Leaders attending this meeting signaled their confidence in GPEI’s Strategic Plan. Together, they committed four billion dollars, close to three quarters of the plan’s 5.5-billion-dollar cost over the next six years.

Led by Mr. Bill Gates, chairman of the Bill and Melinda Gates Foundation, and the Crown Prince of Abu Dhabi, along with Rotary International, UK, U.S., Australia, and EU among others, joined to renew their commitment to end polio forever. We saw new partners like the Islamic Development Bank join the fight against polio.

Q: What is the end game that will complete polio eradication and how can the IFRC help?

A: After decades of foreign aid, national investments and philanthropic giving that has produced an impressive record of results, we need a decisive win.

The GPEI’s Polio Eradication and Endgame Strategic Plan 2013–2018, launched earlier this year, sets out a clear framework to not only interrupt the transmission of wild poliovirus, but to introduce a dose of inactivated polio vaccine – or IPV – into routine immunisation programmes globally to simultaneously eliminate the risk vaccine-derived poliovirus.

IFRC reach spans the global to the local. With 187 National Societies, and nearly 100 million staff, volunteers and members, I believe every child can be reached by the Red Cross Red Crescent National Societies. Our volunteers speak the language, live in these communities, engage with community leaders. Our National Societies are trusted at the grassroots, everywhere.

Q: The GPEI Update of Partners’ Report describes you as one of the global influentials and you have been writing a lot about polio eradication. What about this issue compels you the most?

A: I have seen distraught mothers crying inconsolably after their children contracted polio. Many were paralysed and many died. It is really heartbreaking. I have also seen many young people who survived were crippled for life, helpless and their lives a living hell.

And for me, it’s personal: I survived polio and I was very lucky. In fact, many thousands of children in India contracted polio in the not-so-distant past and were forced into lives of infirmity and despondency because of poverty, ignorance, and poor access to health services.

I would certainly want to see this disease eradicated forever. This would be the greatest gift we can give to all children in the world.