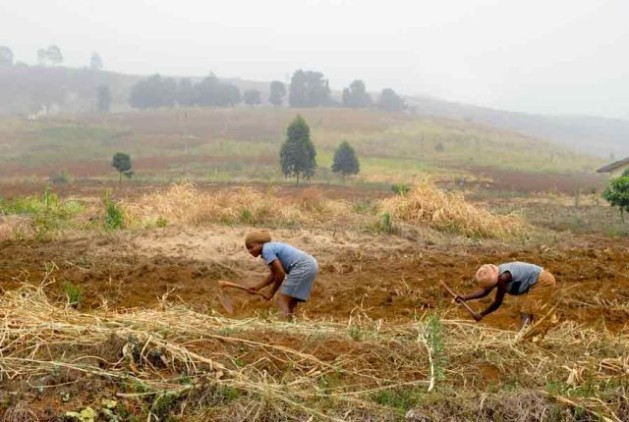 NSO, Cameroon, Dec 28 2013 (IPS) - Sabina Shey Nkabiy, a farmer in Cameroon’s North West Region, moves around these days with a million-dollar smile on her face. The mother of six, who used to trek 10 kilometres a day to farm, now harvests food in her backyard.

“I can now adequately feed my kids,” she tells IPS. “[And] my farm is less than a kilometre from here.”

"Every year, I saw my father dig trenches at the borders with the eucalyptus forest in order to stop the roots from encroaching on his farm." -- Stephen Ndzerem

Nkabiy is one of thousands of women who have benefitted from the Eucalyptus Replacement Project, introduced in 2006 by the non-governmental organisation Strategic Humanitarian Services Cameroon, SHUMAS.

According to its coordinator, Stephen Ndzerem, there was a mad rush for eucalyptus trees when coffee prices plummeted on the world market in the 1970s.

“Men immediately went into planting eucalyptus trees because it was a fast-growing tree and could generate income through the sale of timber and electric poles,” he told IPS. “Seventy percent of the land women used to farm on was lost to eucalyptus plantations.”

Nkabiy is one of these women. “My husband took away the piece of land on which I farmed [to plant eucalyptus], and I had to go 10 km in search of new farmland. I suffered,” Nkabiy said. “Hunger struck us real hard.”

Women not only lost farmland, but fertile soils adjacent to eucalyptus plantations became increasingly arid and barren as the roots of the heavy-feeding tree sucked up underground water.

The result was a generalised water crisis and drops in crop yields in the 1980s, with pipes running dry in many villages.

Nkabiy said that before the eucalyptus trees were planted, she earned about 250 dollars from selling crops, and used the rest of the harvest to feed her family. But as the trees grew, her yield dwindled.

“More than 50 percent of taps in many localities stopped flowing, because the water table had dropped,” Ndzerem told IPS.

Growing up, Ndzerem saw his father struggle to contain the water-sucking tree. Pointing to two hectares of flourishing beans, he said, “This was once a eucalyptus forest that now is home to a lush crop farm.”

The eucalyptus forest belonged to Ndzerem’s uncle. Adjacent to it were his father’s food crops.

“Every year, I saw my father dig trenches at the borders with the eucalyptus forest in order to stop the roots from encroaching on his farm,” he told IPS. “It was a painful, exhausting experience.” 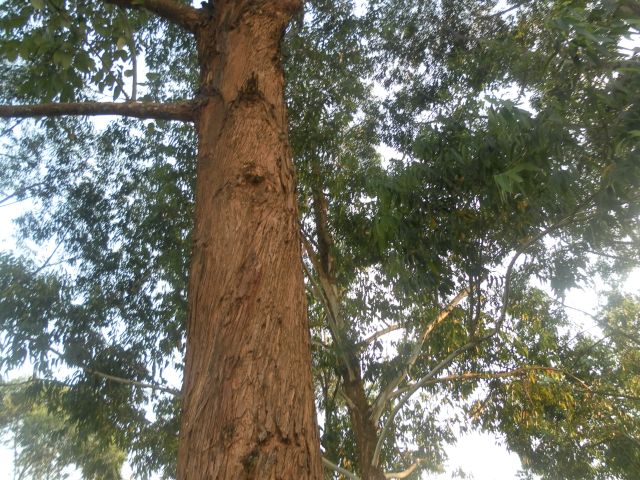 So as Ndzerem went through school, eventually earning a law degree from the University of Yaounde, images of his father’s sweating body in the trenches continued to spur him into action.

“I understood that going into legal practice could be rewarding to me as a person, but I couldn’t stop thinking about the daily pains women and children went through, just in efforts to put food on the table,” he said.

“I started with a eucalyptus removal project, but it did not work because people did not imagine how somebody could be removing trees as an environmental project. So I changed it into a eucalyptus replacement project,” he explained.

“I came up with more than 60 tree species that could aptly replace the eucalyptus tree,” Ndzerem said. “Most of the species are nitrogen-fixing [a process that helps fertilise the soil].”

These include carica papaya, prunus Africana and psydium guajava.

He said the work was done in cooperation with the councils of Jakiri, Kumbo, Ndu and Nkambe, where nurseries were set up, targeting water catchment and farming areas.

Since then, over a million eucalyptus trees have been felled, including 24 hectares of forest in the Taryap Council forest and the Nkambe water basin.

Locals now say they are seeing a significant boost to their incomes. Nkabiy, who lives in the village of Nso, says as the eucalyptus on her farm was being replaced with the nitrogen-fixing and medicinal plants, her yield began to increase again.

She can now adequately feed her family, and still sell the excess.

Her husband, Amos Ndze, tells IPS that agro-forestry practices are much more rewarding.

The fourth deputy mayor of Kumbo in charge of environmental issues, Ibrahim Yufenyuy, said it was a very important project “that has stopped women from long-distance trekking in pursuit of farmland. It has also boosted family incomes and improved living standards.”

For Stephen Ndzrem, “it has been a big success story. When you go around now, you see water catchments being restored, and you see councils, village development associations, and even individuals trying to replicate the project.”