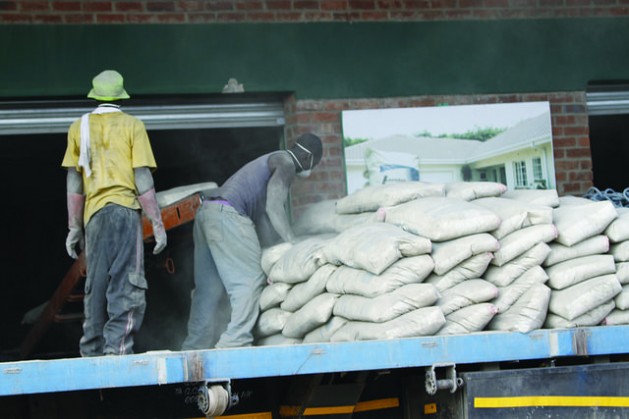 HARARE, Aug 12 2014 (IPS) - Ethel Maziriri, 27, holds an Honours Degree in Social Work from the University of Zimbabwe, but instead of working in her chosen profession, she works as a cashier in one of the country’s leading clothing retail company. And it’s not by choice.

Maziriri, who graduated in 2010, has been employed as a casual worker at the store for the past 12 months.

In a country that is reeling from a liquidity crisis and a crumbling economy, company closures and downsizing have forced many into unemployment here.

She earns 80 dollars each fortnight, for working 10-hour days. But the working conditions are less than ideal.

Maziriri told IPS that most of the workers at the company are causal workers, employed on temporary contracts for six weeks at a time. She says that as contract workers they have to be very cautious to avoid their contracts being terminated prematurely without any wages or benefits.

“At work one has to be very cautious because if money or clothes go missing in the shop, everyone on the shift will have to pay for the damages and have their contracts terminated,” Maziriri said.

But she’s more concerned about earning money rather than the unfair working conditions here.

“I do not think it is necessary for a contract worker to join a labour union and I do not have any money for subscriptions to pay the union. I treasure my job and if am dismissed I will just go home and wait until I get another one,” she said.

But the Federation of Food and Allied Workers Union of Zimbabwe (FFWUZ), a union which represents more than 50,000 members in the food processing industry, says the “casualisation of labour” is leading to a new form of exploitation here.

He said that since January, more than six companies have retrenched and that most industries were retrenching at least 450 workers a week.

“Most of the companies are abusing the retrenchment board in doing away with permanent workers and the law does not provide an appeal against retrenchment,” Maoneka said.

FFWUZ says that Zimbabwe’s crumbling economy and lack of investment has forced companies to downsize and retrench workers. Many are doing away with formal employment, according to FFWUZ, and are instead offering contracts to workers as a way of avoiding providing benefits such as medical aid, funeral policies and pensions.

“Casual workers endure years of work with no terminal benefits, pensions, medical aid for them and their families,” Maoneka said.

Maoneka pointed out that while employees were “putting workers on short contracts,” the jobs were in fact “permanent of nature.”

The latest annual Human Development Report by the United Nations Development Programme points out that across the world formal employment lacks social, legal or regulatory protection.

According to the report, nearly half the world’s workers are in vulnerable employment, trapped in insecure jobs usually outside the jurisdiction of labour legislation and social protection.

According to FFWUZ, many casual workers here are afraid to join labour unions for fear of being victimised and hence continue to have their rights infringed, through lack of knowledge and representation.

“But many employees who do not join labour unions for fear of being victimised by their employers have their rights infringed — being made to work long hours at lower wages,”  Maoneka added. He added that many did not have legal protection.

Finance Minister Patrick Chinamasa in his budget statement in December, 2013 said that government was reviewing the labour law to make the hiring of employees easier.

“The minister responsible for labour should seriously consider amendments to the Labour Act that relates work to productivity. It is also necessary that we introduce in our labour laws flexibility in the hiring of workers, as well as alignment of wage adjustments to labour productivity,” Chinamasa said during the 2013 to 2014 budget announcement.

The current Labour Relations Act makes dismissals and retrenchments a slow process as employees have to go through a number of hearings. The hearings start at company level and a dissatisfied party can appeal to labour courts.

The Zimbabwe Congress of Trade Unions maintains that workers in Zimbabwe have no rights when faced with retrenchment, and this creates a situation where they can be manipulated by their employers.

Meanwhile, FFWUZ points out that the few people employed by foreign Chinese employers are also being subjected to unlawful working conditions, but lack the knowledge on how to deal with the matter of exploitation and unfair dismissal.

“Foreigners take advantage of the language barrier when we engage them on discussing labour laws and unfair dismissal of their employees. Non-provision of protective clothing, total disregard of labour laws are some of the matters that affect most employees,” Maoneka said.

For Gareth Makaripe, who is casually employed at a Chinese-owned bakery in Msasa industrial area in Harare, the conditions of services are dehumanising.

“These people are slave masters and they use fear to intimidate workers. We are forced to work over night without proper bakery clothing — no gloves, boots or overalls — and people are mocked on petty issues,” Makaripe told IPS.