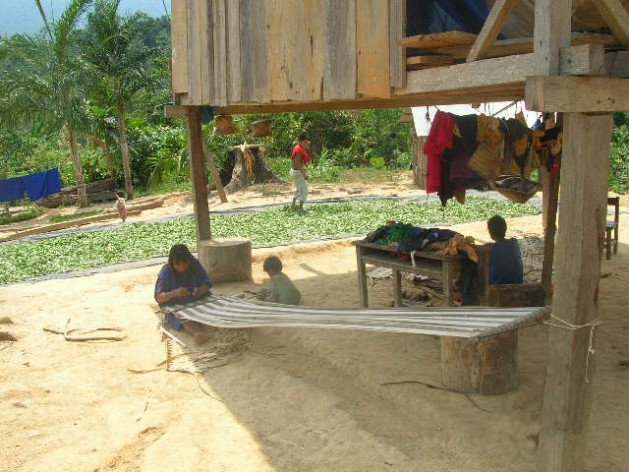 WASHINGTON, Sep 10 2014 (IPS) - A top-level international panel called Tuesday for a major shift in global drug-control policies from prohibition to decriminalisation and regulation.

In a 43-page report, the Global Commission on Drug Policy denounced what has been known for more than four decades as the “war against drugs” as a failure and argued that new approaches prioritising human rights and health were urgently needed.

“There’s no question now that the genie of reform has escaped the prohibitionist bottle.” -- Ethan Nadelmann of the Drug Policy Alliance

“In this report, we set out a broad roadmap for getting drugs under control,” wrote former Brazilian President Fernando Henrique Cardoso, who chairs the Commission. “We recognize that past approaches premised on a punitive law enforcement paradigm have failed, emphatically so.

“They have resulted in more violence, larger prison populations, and the erosion of governance around the world. …The Global Commission on Drug Policy instead advocates for an approach to drug policy that puts public health, community safety, human rights, and development at the center,” according to Cardoso.

Such an approach would, among other changes, encourage governments to regulate markets in currently illicit drugs, beginning with marijuana, coca leaf, and certain psycho-active drugs; seek alternatives to prison for low-level, non-violent participants in the drug trade; and ensure equitable access to essential medicines, especially opiate-based pain medications, according to the report, “Taking Control: Pathways to Drug Policies That Work.” It called for a pragmatic approach that would include experimentation and trial and error.

The report’s recommendations, which come as governments prepare for the 2016 U.N. General Assembly Special Session (UNGASS) on Drugs, drew a mixed response from the U.S. government which has largely driven international drug policy since former President Richard Nixon first declared a “war on drugs” in 1971.

“We agree that we should use science-based approaches, rely on alternatives to incarceration for non-violent drug offenders, and ensure access to pain medications,” said Cameron Hardesty of the White House Office of National Drug Control Policy.

“…However, we disagree that legalisation of drugs will make people healthier and communities safer. Our experience with the tobacco and alcohol industries show that commercialization efforts rely upon increasing, not decreasing use, which in turn increases the harm associated with the use of tobacco and alcohol. In fact, if we take Big Tobacco as prologue, we can predict that that approach is likely to cause an entirely new set of problems,” she said.

Nonetheless, independent analysts said the Commission’s recommendations are likely to substantially advance the growing debate over drug policy if, for no other reason, than its membership is not easily dismissed.

The report was released at a press conference that featured several of the Commission’s members in New York City Tuesday morning.

“This is a very important report that will provoke more serious discussion and debate,” Michael Shifter, president of the Inter-American Dialogue, an influential Washington-based inter-hemispheric think tank, told IPS. “There have already been significant changes at the state level [in the U.S.] and in some countries in Latin America, and this will push things along.”

In 2011, the Commission published its first report in which it also condemned the drug war as a failure and made a series of recommendations designed to “break the taboo” against considering legalisation and regulation of some drugs as alternatives.

In mid-2013, the Organisation of American States (OAS) also released a report commissioned by the region’s reads of states that included legalisation as a policy alternative and that strongly favoured the view that drugs should be seen increasingly as a public health, rather than a security issue.

Among other measures, it proposed legalising and regulating marijuana production, distribution and sales – a recommendation that has since been adopted by voters in the U.S. states of Colorado and Washington. Nearly half of all U.S. states have legalised cannabis for medical purposes, and 17 states have decriminalised personal possession.

Virtually all observers agree that the drug war has been a signal failure. As prices drop for drugs that are have become purer with each passing year, governments have been spending an estimated 100 billion dollars annually on enforcement measures. The U.N. has estimated the value of global illicit drug trade at over 350 billion dollars.

The Commission offered a number of general recommendations in its report, beginning with a call for a “fundamental re-orientation of policy priorities” that would replace traditional goals and measures — such as amounts of drugs seized, the number of people arrested, prosecuted, and convicted for drug law violations – with “far more important” benchmarks, such as reducing drug-related harms, such as fatal overdoses, HIV infections, crime, violence, human rights abuses, and the power of criminal organisations that profit from the drug trade.

In addition to calling for equitable access to essential medicines, regulating markets for some drugs, and relying on alternatives to incarcerating non-violent, low-level participants in illicit drug markets, such as farmers and carriers, the report called for governments to be “far more strategic” in efforts to reduce the power of criminal organisations.

“…(I)n the longer term, drug markets should be responsibly regulated by government authorities. Without legal regulation, control and enforcement, the drug trade will remain in the hands of organised criminals. Ultimately this is a choice between control in the hands of governments or gangsters; there is no third option in which drug markets can be made to disappear,” according to the report.

“The idea behind this report and its timing is to ensure that there can be no repeat of the empty slogans, such as “a drug-free world, we can do it,” which was the theme of the UNGASS on Drugs in 1998, said John Walsh, a drug-policy expert at the Washington Office on Latin America (WOLA).

“To avoid a repeat, the idea is to ensure that a genuine debate will be unavoidable. That doesn’t mean that the world’s countries will rally around this new paradigm of legal regulation instead of prohibition, but the hope is that these issues cannot be ignored.”

“There’s no question now that the genie of reform has escaped the prohibitionist bottle,” said Ethan Nadelmann, the veteran director of the Drug Policy Alliance (DPA). “The former presidents and other Commission members pull no punches in insisting that national and global drug control policies reject the failed prohibitionist policies of the 20th century in favour of new policies grounded in science, compassion, health and human rights.”