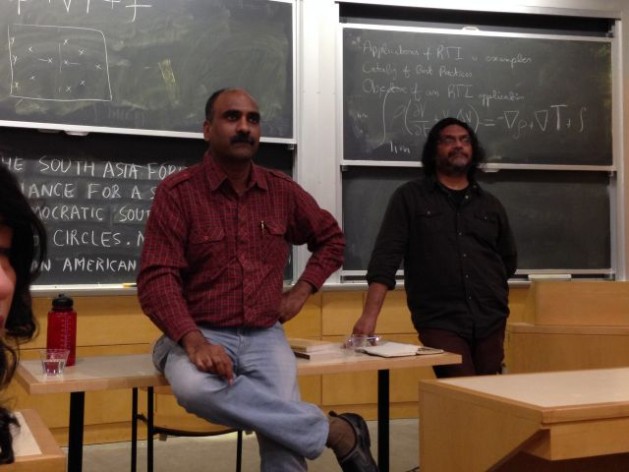 “They were just three miles away,” Mitta told IPS, commenting on the irony of this coincidence, remembering that the United States had banned Modi’s entry on the mass violence on his watch in 2002 leading to the killing of about 1,000 Muslims in Gujarat state.

“We can no longer pass off the shielding of mass murderers as the ‘internal affairs’ of any country. " -- Manoj Mitta

“Why should the U.S. Congress hold a hearing on human rights violations in India?” asked one Boston-based Indian expatriate on hearing about this. “By that token, we can have hearings in India about racial killings in the USA.”

“Why not indeed?” responds Mitta, a senior editor with The Times of India in New Delh, speaking to IPS in Boston when he was here for a talk at MIT, one of several book talks at universities around the country.

Focusing on legal and public policy issues, transparency and judicial accountability, both his books dissect judicial inquiries into the deadliest instances of communal violence in India: “When a Tree Shook Delhi: The 1984 carnage and its Aftermath”, co-authored with the eminent lawyer H. S. Phoolka (2007), and “The Fiction of Fact-Finding: Modi and Godhra” (2014).

The Lantos Commission event titled “Thirty Years of Impunity“, in collaboration with the Sikh Coalition, commemorated the 1984 carnage of Sikhs in the aftermath of Prime Minister Indira Gandhi’s assassination by her Sikh bodyguards. Over 2,500 Sikhs were massacred in Delhi alone in just three days.

There is also a class-based element to such mass-violence, notes Boston-based writer and poet Sarbpreet Singh, whose long poem “Kultar’s Mime” about the 1984 carnage is currently being performed in the U.S., Canada and India. “Most people who suffered and died were very poor.” 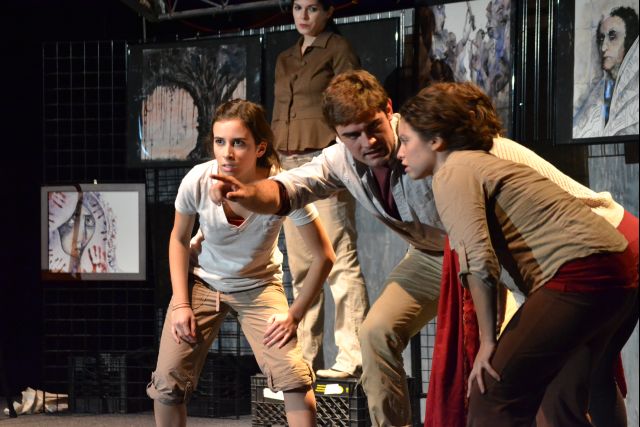 “The ongoing struggles for justice in India gain strength from expressions of solidarity from abroad,” said Mitta. “We can no longer pass off the shielding of mass murderers as the ‘internal affairs’ of any country. As Martin Luther King famously put it, ‘Injustice anywhere is a threat to justice everywhere’.”

Mitta quotes an old Sanskrit saying, “Vasudhaiva Kutumbakam” (the world is one family) – which Modi also invoked in his speech before the United Nations General Assembly.

But Modi was speaking “in terms of commerce and business,” says Mitta. “With the world being increasingly globalised on the economic front, more than globalisation of the economy, we need a universalisation of human rights standards and practices.”

Mitta, who also addressed the British Parliament commemorating the 25th anniversary of the 1984 carnage five years ago, says he would like countries to talk about each other’s human rights violations.

“Those violations affect not just the country they take place in. There are also spin-off effects that impact other countries,” he says. “Like, an unstable Pakistan is bad for India, and violations in India are bad for America.”

“Human rights should remain on the agenda,” adds Mitta, who has written extensively on the undermining of the rule of law in India – patterns that are visible in other South Asian nations too.

“Could such a mass crime, in which rampaging mobs fatally attacked hundreds of people, have ever occurred in Washington DC?” he asks. “And could the perpetrators of mass murder have got away with it? Could the security forces in the USA have colluded with the mobs as blatantly as they did in Delhi.”

“Could your president have dared to justify the mass crimes, as Prime Minister Rajiv Gandhi did, by declaring that when a big tree had fallen, the earth was bound to shake?” he asked in his presentation to the Lantos Commission.

Such questions would seem equally inconceivable about other leading capital cities too. Whatever the provocation, could there ever have been such massacres, at any rate post-World War II, in London, Paris, Berlin or Tokyo?”

Looking beyond liberal democracies, the scale of the bloodshed in Delhi 1984 is “perhaps comparable to what happened in Beijing five years later, during the Tiananmen Square massacre” – committed by security forces operating in a single-party political system.

In fact, the death toll of Delhi 1984 was similar to that of 9/11 – the big difference being that “9/11 was the result of sudden and unforeseen terror attacks, not mob violence that deliberately remained unchecked for three days. By any standards of the civilised world, Delhi 1984 is one of a kind, a monstrosity without a parallel.”

And yet, it took 23 years for the first book on this subject to be published – Mitta and Phoolka’s, in 2007. It was made possible by a new inquiry commission established in 2000 seeking to undo the damage caused by the earlier one that had held all its findings in secrecy and not given due hearing to survivors.

The new commission, headed by former Supreme Court judge G.T. Nanavati, conducted its proceedings in public and released many old records related to the 1984 carnage.

“India’s appalling lack of documentation culture, especially on human rights issues is clearly a deficiency that is another reason for the impunity,” believes Mitta.

In the case of 1984, there have been about 30 convictions for murder in 30 years. The Gujarat carnage of 2002 has seen some 200 convictions, due to the Supreme Court’s intervention. The SC transferred some high-profile cases out of Gujarat and appointed a Special Investigation Team (SIT) to look into some of the worst cases from 2002.

However, the SIT “balked at asking questions” or challenging Modi on any of his evasive or contradictory replies while examining him. Because of this “fact-fudging rather than fact-finding,” says Mitta, Modi ended up not facing trial, as recommended by the Supreme Court appointed amicus curiae.

It was only after the SIT exonerated him that Modi became the BJP’s prime ministerial candidate. “The Supreme Court has yet to pronounce on Modi’s innocence or guilt.”

The Indian prime minister has called for a 10-year moratorium on caste and communal violence, urging Indians to stay focused on the challenges of economic development.

But Modi has taken no action or even condemn those who have since violated this moratorium by stepping up their hate speech. His “strategic silence” and “denial mode, pretending that there’s no escalation of religious tensions under his rule, effectively adds another layer of impunity,” says Mitta.

The bottom line, he adds: If it is allowed to continue, impunity for hate speech and violence in India will eventually impact U.S. corporations seeking to do business with India. Impunity affects all, whether it is for corporate corruption or human rights abuses.