This column by Danny Sriskandarajah, Secretary-General of CIVICUS, the global alliance for citizen participation, explains the background to the open letter circulating among civil society activists that criticises the movement’s “co-option” by the very systems that it once set out to transform and calls for putting “people power” back at the centre of civil society and citizen action.

JOHANNESBURG, Oct 7 2014 (IPS) - A few weeks ago, I co-signed perhaps the most important open letter of my career. It was an open provocation to my fellow activists and colleagues, to the members of our organisation, and to all those who, like me, earn their living in the civil society sector. 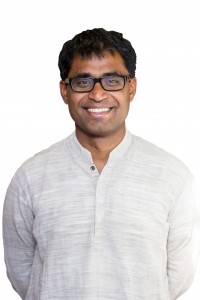 CIVICUS, the organisation I lead, exists to strengthen civil society and citizen action throughout the world. Yet, I signed my name to an open letter that is critical of civil society; that says that our work has begun to reinforce the social, economic and political systems that we once set out to transform; that we have become too institutionalised, too professionalised, co-opted into systems and networks in which we are being outwitted and out-manoeuvred.

This issue of civil society “co-option” matters so much because we are losing the war – the war against poverty, climate change and social injustice. Many courageous, inspirational people and organisations are fighting the good fight. But too many of us – myself included – have become detached from the people and movements that drive real social and political change.

“Our work has begun to reinforce the social, economic and political systems that we once set out to transform; we have become too institutionalised, too professionalised, co-opted into systems and networks in which we are being outwitted and out-manoeuvred”

The corporatisation of civil society has tamed our ambition; too often it has made us agents rather than agitators of the system.

Our intention in publishing this letter was not to berate, but to spark a debate; to challenge all of us to engage in re-configuring, re-imagining and re-energising civil society. A first and small step was to host a Twitter conversation, calling for responses to the ideas expressed in our letter. And it would seem that many civil society activists around the world share our concerns.

As a result we will be devoting as much time as possible during the International Civil Society Week that will take place this November in Johannesburg to discussing the issues raised in the letter. We are expecting more than 500 activists from all over the world to come together to discuss, analyse, challenge, learn and share experiences to tackle the obstacles we all face worldwide.

The week will take the theme ‘Citizen Action, People Power’, and feature more than 40 events – covering topics from good grant-making to new ways of promoting people-powered accountability – that are being organised by our members and partners from around the world.

The week will culminate in the CIVICUS World Assembly and close with the Nelson Mandela-Graça Machel Innovation Awards ceremony.

I still believe passionately in the power of civil society to change the world. Only we can formulate a new set of global organising principles, a new paradigm and an alternative model to the current narrative.

But, in order to do so, we will need to put the voice and actions of people back at the heart of our work. The global partnership that will make up the International Civil Society Week will be bound by this common aim – centred on the voices and actions of the people.

I am very excited about having so many brilliant minds in one creative space – to help us connect the forces that nurture positive social change, to share the tools that enhance citizen action, and to celebrate inspiring examples of people power.

Our primary accountability must be, not to donors, but to all those struggling for social justice. We must fight corporatism in our own ranks, re-connect with the power of informal and grassroots networks, tap into the wisdom of diverse activists, and re-balance our resources. This should not entail abandoning the organisations we have created; but evolving them to be truly accountable to those we seek to serve.

My hope is that the dialogue we have begun will help to re-connect us to an understanding of civil society as a deeply human construct, as a facilitator of empowering social relationships. In this, it will be crucial to reflect on the role of our own organisations. For only solutions that are at once pragmatic and radical will be sufficient to meet the challenges we face. (END/IPS COLUMNIST SERVICE)

Danny Sriskandarajah can be followed on Twitter at https://twitter.com/civicusSG