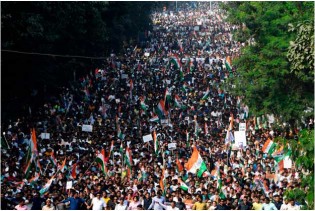 By Patrick Amir Imam and Kangni Kpodar
The notion of citizenship has evolved over time. Historically, allegiance was typically to an ethnic group or a feudal lord. With the birth of the nation-state in the 19th century came the need to distinguish between those who belonged to the state and those who didn’t, and therefore to create a legal distinction between nationals and foreigners.

By Thalif Deen
The U.N.’s much-ballyhooed Sustainable Development Goals (SDGs), unanimously adopted by over 150 world leaders at a three-day summit meeting, which concluded Sep. 27, has been touted as the biggest single contribution to humanity since the invention of sliced bread.

By Thalif Deen
The U.N.’s highly ambitious post-2015 development agenda, which is expected to be finalised shortly, has come fire even before it could get off the ground.

By Dan Bloom
University lecture halls in North America are no strangers to the ''cli-fi" genre of climate-themed novels and movies, but now India is getting into the act as well, thanks to the pioneering work of Professor T. Ravichandran of the Indian Institute of Technology Kanpur (IITK) in Uttar Pradesh.
Next Page » 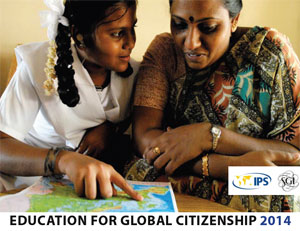