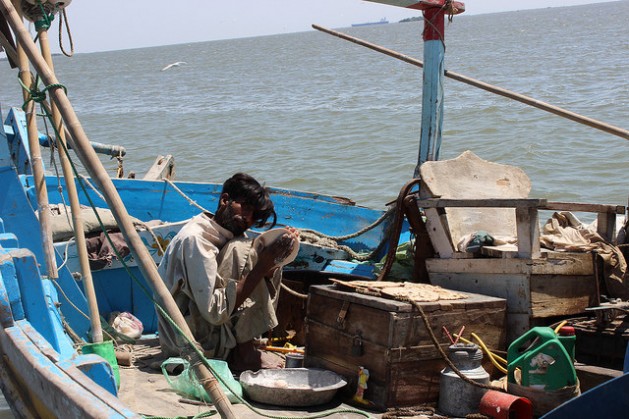 In a new report synthesising the 17 goals, Ban said he was “rearranging them in a focused and concise manner that enables us to communicate them to our partners and the global public”.

The report, titled The Road to Dignity by 2030: Ending Poverty, Transforming All Lives and Protecting the Planet, presents an integrated “set of six essential elements: dignity, people, prosperity, our planet, justice and partnership.”

“These are not intended to cluster or replace the SDGs. Rather, they are meant to offer some conceptual guidance for the work ahead,” Ban told reporters Thursday.

The 17 proposed goals, to be attained by 2030, include the following: End poverty everywhere; End hunger, improve nutrition and promote sustainable agriculture; Attain healthy lives for all; Provide quality education and life-long learning opportunities for all; Attain gender equality, empower women and girls everywhere; Ensure availability and sustainable use of water and sanitation for all and Ensure sustainable energy for all.

Also included were goals to tackle climate change and its impacts; Conserve and promote sustainable use of oceans, seas and marine resources; Protect and promote sustainable use of terrestrial ecosystems, halt desertification, land degradation and biodiversity loss; achieve peaceful and inclusive societies, access to justice for all, and effective and capable institutions and strengthen the means of implementation and the global partnership for sustainable development.

Most of these were already part of the eight Millennium Development Goals (MDGs), with some of them expected to miss their achievable targets by the 2015 deadline.

The secretary-general said the 17 SDGs are a clear expression of the vision of the member states and their wish to have an agenda that can end poverty, achieve shared prosperity and peace, protect the planet and leave no one behind.

Still, he stressed the need for a renewed global partnership for development – between the rich and poor nations – in the context of the post-2015 agenda.

Resources, technology and political will are crucial not only for implementing the agenda once it is adopted, but even now, to build trust as member states negotiate its final parameters, he added.

The SDGs, which will continue to undergo a review, is expected to be finalised next year and will be adopted by the 193-member General Assembly in September 2015.

Stephen Hale, deputy advocacy and campaigns director at the London-based Oxfam, said his organisation was disappointed that the United Nations has not made far stronger proposals to address extreme economic inequality and climate change in its new report.

The under-emphasis of both issues is a grave missed opportunity, he added.

Whilst the first draft recognises the need to leave no-one behind and address climate change, dedicated goals are required to do this, Hale said.

“These are two major injustices that are guaranteed to undermine the efforts of millions of people seeking to escape poverty and hunger over the next 15 years,” he said.

The fact is that just 85 individuals own as much wealth as the poorest half of humanity and this inequality is getting worse, he noted.

Climate change could increase the number of people at risk of hunger currently over 800 million by between 10 to 20 per cent by 2050, Hale declared.

In a statement released Thursday, the World Wildlife Fund (WWF) International said some of the recommendations in the secretary-general’s report include a call for countries to agree to a set of goals containing environmental themes: addressing climate change, promoting sustainable industrialisation, and conserving biodiversity.

“These are the goals we need in order to win a sustainable future for people and the planet,” said Marco Lambertini, director-general of WWF International.

“We congratulate the secretary-general and governments for providing us with such a strong package of measures to take forward,” he added.

WWF said a series of overarching topics called ‘elements’ in the report names the planet alongside people, dignity, prosperity, justice and partnership.

The planet element specifically states the need to establish ecosystem protection for all societies and children.

The environment can no longer be seen as a separate factor when discussing development and poverty, WWF said.

The secretary-general has made it clear that you cannot have true economic development that does not recognise the importance of the Earth’s natural systems.

He has also made it clear that this should be a development deal that applies to all countries, said Lambertini.

Asked about the struggle for a cleaner global environment, Ban told reporters: “I think the European Union decision to cut 40 percent of greenhouse gas emissions was a major breakthrough.”

He said German Chancellor Angela Merkel has also joined this process of commitments to cut further emissions in accordance with the European Union decision, 78 million tonnes of gas emissions.

Ban said he was also encouraged by the operationalisation of the Green Climate Fund, with a target of 10 billion dollars.

“I think we are very close to 10 billion dollars. I am sure this will be operationalised soon,” he said.

All these encouraging developments and demonstration of political will and commitment, he said, is very encouraging.

Looking further ahead, he said, the financing conference in Addis Ababa in July next year, the Special Summit in New York in September, and the climate change conference in Paris in December, are major opportunities for world leaders to show “they are serious about safeguarding our planet and future well-being”.

“I continue to urge member states to keep ambition high,” he added.