Christopher Occhicone is a New York-based U.S. photojournalist who recently returned from Libya.

NEW YORK, Jan 4 2015 (IPS) - A concerted disinformation campaign is being conducted to manufacture consent for military action against the government in Tripoli and the town of Misrata, which has been at the forefront of toppling the despotic Gaddafi dictatorship.

It is ironic that the very same people who called in NATO (North Atlantic Treaty Organisation) led airstrikes on satellite phones in 2011 are now being labeled as dangerous ‘Islamist militants’.  Nothing could be further from the truth. 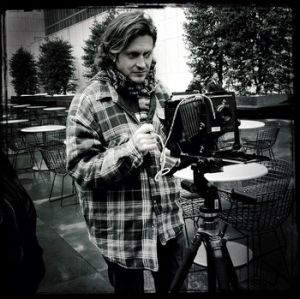 It looks like Western policymakers and legislators in the U.S. and Europe, and the United Nations may all be misinformed, which in turn could unleash catastrophic consequences for the people of Libya.  Undoubtedly a protracted civil war in Libya will swell the numbers of refugees fleeing to Europe manifold.

To understand the difference between fact and fiction, I spent several days interviewing senior members of the government of Libya and Fajr Libya known in English as Libya Dawn (LD).  My main subject on the side of the government was Mustafa Noah, director of the Intelligence Service of Libya.

What was very clear throughout the interview is that both Noah and his supporters in the government in Tripoli and Libya Dawn are very much pro-U.S. and pro-NATO who they say are “the saviors of Libya”.

The Libya story in 2015 is about disinformation, lies and a power-grab in motion clandestinely supported by the Egyptians and their Saudi and Emirati counterparts.

They are genuinely upset at the murder of U.S. Ambassador J. Christopher Stevens and his three colleagues in Benghazi.  Ambassador Stevens is considered “an honourary Libyan who loved the country and its peoples” and who was “above all, a guest whose murder is sacrilege”.

Noah said that the “perpetrators have been paying a heavy price for their crime that is being slowly but surely being exacted upon them”.  He stated categorically for the record that “extremist Takfiri Islamists are clearly rejected by Libya Dawn and the government in Tripoli”.

In my four-hour interview, Noah made it clear that he was happy to talk about any issue, but did not want to be the focus or want it to appear as though he may be vying for power. This was something he came back to later on in the recorded conversation.

In fact, he spoke little about himself and his role despite several attempts to steer the conversation in that direction.

The major point Mustafa Noah made is that the government in Tripoli and Libya Dawn (as it stands now) is/are in the process of trying to set up an inclusive government for all Libyans.  His opinion is that opponents – specifically retired Libyan General Khalifa Belqasim Haftar – were “concerned about consolidating their own personal power base”.

There is mounting evidence that Hafter’s power-grab is being carried out with support of Egypt’s President Abdul Fattah al Sisi and his Saudi and Emirati backers. For example: the MiG-21 bombing runs from across the border, which are tantamount to a war crime for unprovoked and undeclared bombing of a neighbouring country.

And the recent purchase of six Sukhoi Su-30 warplanes delivered to Tobruk by Russian President Vladimir Putin’s military (i.e. paid for allegedly by Egypt with funds that most probably originated from the Arab Gulf).

Mustafa Noah seemed genuine insofar as he always had a humble, well-composed, and thoughtful approach to any subject discussed.

He never framed anything in terms of his own accomplishments or involvement but in terms of the people and the revolution for change, stability and prosperity for all Libyans.

Noah was genuinely upset at the thought that someone-like Haftar, who is “working for his narrow personal interests and self-aggrandizement”, could be successful in building a personal power base without regard for the people.

He said Haftar was “using the divisive methods he learned from his time as a crony in the Gaddafi dictatorship”.  Noah found the “thought of a ‘strong man’ coming to power particularly offensive and abhorrent in light of recent history in Libya”.

Mustafa Noah clearly has put a lot of trust in the ability of Libya Dawn, however he is not blindly committed to them.  When I read a list of different militias, brigades, groups that composed Libya Dawn and asked about the character of specific militias, he painted them as all equally for the revolution and composed of good people.

Noah said any group that was not focused on the spirit of the revolution (i.e. anti-corruption, against arbitrary political violence, etc.) would not be a part of the future of a peaceful, stable and prosperous Libya.

Mustafa Noah talked about an “inclusive future” for Libya.  He described the “old system of tribalism and manipulation by Gaddafi” and how the “mentality has to change in order for the country to progress”.  Regarding inclusivity in the future, Noah said that they are “open to people from the Gaddafi regime returning to public life once stability is created”.

In fact, Mustafa Noah’s senior advisor on Anti-Terrorism Operations, who joined the conversation halfway through, was in the Gaddafi regime for 37 years.  For Mustafa Noah, the government in Tripoli and Libya Dawn, “there is a place for people from the Gaddafi regime who could prove they were not stealing from the Libyan people or … involved in atrocities against the people”.

What I discerned from my recent visit to Tripoli and Misrata is that the power-grab spearheaded by Haftar has more to do with Libya’s oil and gas resources, which are coveted by their neighbours, rather than the red herring of ‘Islamist militants in Tripoli and Misrata’ that is being trumpeted in the news media.

The Libya story in 2015 is about disinformation, lies and a power-grab in motion clandestinely supported by the Egyptians and their Saudi and Emirati counterparts.  What will the U.S. and the Europeans do?

Will they play along in the new ‘Great Game’ or stop another Syria-like imbroglio unfolding where extremist Takfiri militant organisations like the Islamist State (ISIS or ISIL) can feed off and emerge to threaten peace and stability in the Mediterranean and beyond?