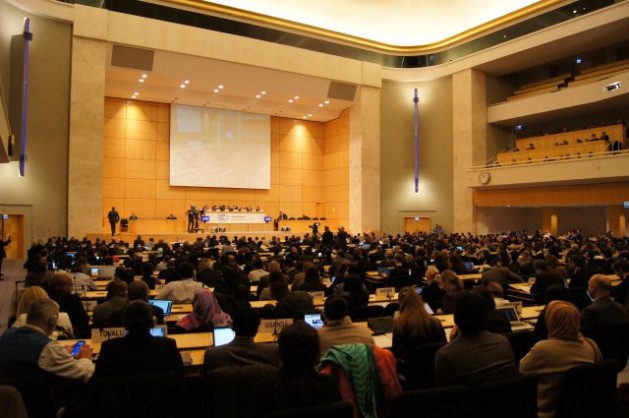 GENEVA, Feb 13 2015 (IPS) - Food security has become a key issue of the U.N. climate negotiations this week in Geneva as a number of countries and observers raised concerns that recent advances in Lima are in jeopardy.

While food security is a core objective of the U.N. climate convention, it has traditionally been discussed in relation to adaptation.

“If we succeed in having food security within mitigation, we can say that one of the biggest concerns of Southern countries will have been taken into account." -- Ali Abdou Bonguéré, a negotiator for Niger

Food security is referenced throughout the latest draft of the new climate agreement, which was released Feb. 12. One proposal for adaptation recognises the need “to build resilience of the most vulnerable linked to pockets of poverty, livelihoods and food security in developing countries.”

This language has recently been strengthened during negotiations in Lima. These discussions were seen as a minor victory for many developing nations seeking to include specific provisions for food security.

“Since Lima we have worked hard for food security to be taken into account. Food security was finally included into the adaptation section and we are currently working hard to have it also included in the mitigation negotiations as well,” said Ali Abdou Bonguéré, a negotiator for Niger.

However, this week a number of non-governmental organisations and negotiators alike have raised concerns that food security may be coming under threat.

As Teresa Anderson of ActionAid explained, there have been recent changes to the language being used within mitigation discussions that may have a long term impact on food security, especially in developing and marginalised nations. 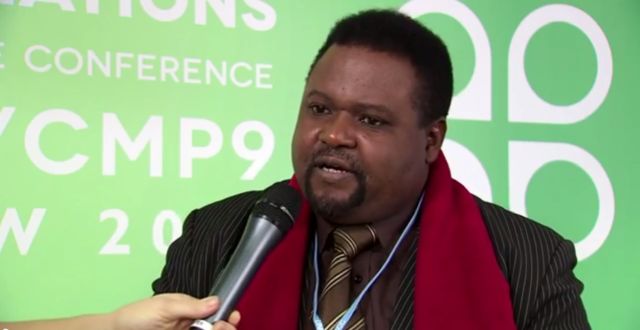 These concerns began when “a few countries proposed submissions on a long term mitigation goal of ‘net zero’ emissions”. This was seen as a largely positive move, as negotiations developed a broader perspective and a number of countries proposed possible long-term pledges to reduce fossil fuel emissions by 2050 to ‘net’ or ‘near’ zero.

However, while the terms “near zero emissions” and “net zero emissions” may sound similar, some NGOs here believe they can have the exact opposite meaning. According to Anderson, while a goal of near zero emissions would be essential to addressing climate change, a long term “net zero” goal would mean that developed countries in particular could continue their emissions business as usual , while using alternative approaches to suck carbon out of the air instead of implementing real change.

Of the “net-zero” emissions approaches currently on the table, most are land-based, and would involve the scaling up of biofuels, biochar or BECCS (bioenergy with carbon capture and storage). “All of these approaches would use massive amounts of land, and this could create significant competition for food production,” she adds.

“In Africa we need land to grow our crops. You cannot be solving another problem by creating another problem,” said Augustine Njamnshi, executive member of Cameroon’s Bioresources Development and Conservation Programme and part of the Panafrican Climate Justice Alliance.

“We call for zero emissions, actually reducing emissions. Net zero means continuing pollution in some countries while stocking carbon dioxide in other countries, which will not be helpful to the communities in Africa,” he added.

This then could have a multiplying effect on food security, as “land use” was this week also introduced into the negotiations on mitigation.

“As land use is now being proposed in mitigation text, there are fears from many NGOs and countries I have talked to that an overemphasis on mitigation relating to agriculture and land will become the priority over adaptation…countries will have to sequester carbon to meet their mitigation goals,” Teresa said. 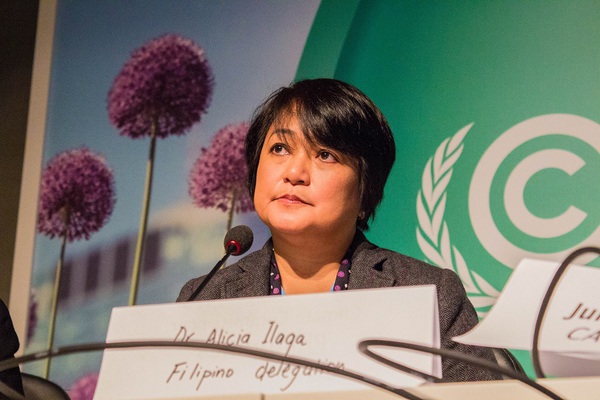 This, she fears, means that developed countries could supplement their mitigation goals with plans on purchasing land used for agriculture and turning it into biofuels or biochar. As Teresa added, if this was in fact to occur, it could affect poor and subsistence farmers, especially in developing countries.

“What we have learned from the biofuel land grab, it is always the hungriest, the poorest, the most marginalised who suffer the most. In the end, they get pushed off their land and thrown into poverty as they can’t afford the price of food.”

However, a number of negotiators, including some from developing countries, have argued that these concerns are exaggerated, and assumes these negotiations are occurring in bad faith.

“I don’t think that’s the way [the European Union] would see it like that because there’s actually a lot of measures you can take within the agriculture sector that have benefits for food security, adaptation and mitigation,” according to Irish delegate Gemma O’Reilly.

This is in the context of a week of negotiations that many feel was among the most successful and collegial in the recent history of the U.N. climate negotiations. As such, O’Reilly still believes we can achieve a win-win situation in the long term.

“There are measures you want to take that’s win-win-win and that’s what you can encourage. And land-grabbing – I don’t think so,” she added.

While Geneva may have closed (the talks ran Feb. 8-13), negotiations on mitigation remain open as we move closer to a Paris deal at the end of the year. It is therefore the hope among many developing nations that the inclusion of specific safeguards within mitigation could help protect against a future climate-fuelled land grab.

“If we succeed in having food security within mitigation, we can say that one of the biggest concerns of Southern countries will have been taken into account,” Bonguéré said.

This was reiterated by Dr. Alicia Ilaga, climate director of the Philippine agriculture ministry.

Saying that, climate justice groups this week reminded negotiators that the greatest threat to food security remains the lack of efforts to dramatically reduce carbon emissions before 2020.

Instead of delaying what may become an inevitable climate crisis for farmers and fisherfolk in the future, they call on countries to “take up the call of local communities to transform our energy systems today”.