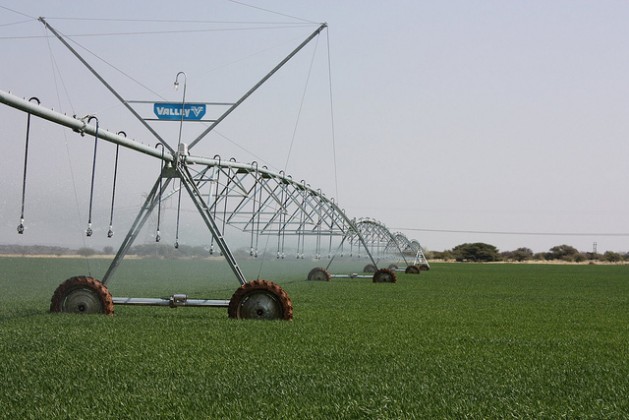 UNITED NATIONS, May 8 2015 (IPS) - Despite a minimal reduction in global production, the world food import bill is about to reach a five-year low in 2015, pushing international prices for agricultural commodities down even further, the Rome-based U.N. Food and Agriculture Organisation (FAO) forecast on May 7.

According to FAO’s biannual Food Outlook report released on Thursday, given large supplies, low freight rates, a strong U.S. dollar, and changes in the volume of food import commodities, international food prices continued declining during April, and are likely to stay as such for the next season.

The report estimated that cereal production for 2015, which is five percent above the average of the past five years, may decline by 1.5 percent from last year’s recorded production –  around 2,500 billion tonnes. Nonetheless, negative effects on food consumption will be balanced by the presence of large quantities of cereal stockpiles.

Broadly speaking, the decline of food prices should benefit food importing countries, and likely lower income ones, but it may have impacts on certain sectors, such as commodity farmers, said an FAO spokesperson.

Food prices are declining from historical high levels, especially since the severe price rises of the 2007-2012 period.

FAO’s Food Price Index, a trade-weighted monthly index which tracks prices of cereals, meat, dairy products, vegetable oils and sugar on international markets, has registered a 1.2 percent decline from March, the lowest level since June 2010 (reaching 171 points), and 19.2 percent less than in 2014.

The FAO spokesperson added, “While [lower food prices] could improve poorer people’s access to food, much depends on local food and distribution systems. Wholesale prices measured by the food price index do not necessarily correlate to retail prices in individual countries or regions.”

International prices have declined mostly for dairy products, due to the abolition of the European Union milk quota system (about 6.7 percent), but also for sugar, cereals and vegetable oils. Only meat values rose in April, the first increase since August 2014.

Fish is gaining wide popularity, said the report. Fishery production, supported by a fast growing aquaculture sector, is expected to rise by five percent in the year ahead.

Finally, the report highlighted how some currencies have weakened against the U.S. dollar, “So the benefit from lower international food prices may be reduced,” concluded the spokesperson.

The strategy for defeating global hunger, said FAO, is “to shift the focus from food growth – enough to supply all food needs – to reduce loss and waste of food at all levels, from the farmer to the final consumer.”