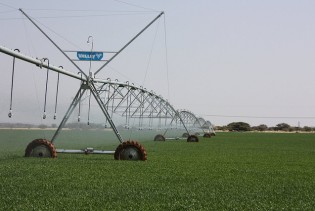 By José Graziano da Silva
Modern biofuels have become a fact of life, part of a quest for more cost-effective and environmentally sustainable businesses and lifestyles. But to be truly sustainable, biofuel production must strike a balance between its benefits and its potential hidden costs, between energy security and food security.

By José Graziano da Silva
A sense of urgency brought on in recent years by food price volatility inspired collective action to reduce the likelihood of further price spikes and food supply shocks.

By Carey L. Biron
The World Bank has rejected a call to suspend its involvement in large scale agricultural land acquisition following the release of a major report by the international aid agency Oxfam on the negative impact of international land speculation in developing countries.

By Carey L. Biron
After decreasing somewhat in recent months, international food prices have again risen dramatically, according to figures published on Thursday by the World Bank. Statistics for July indicate a 10 percent rise over just the previous month, and a six percent increase over already high prices from the same time frame a year ago.
ADVERTISEMENT ADVERTISEMENT