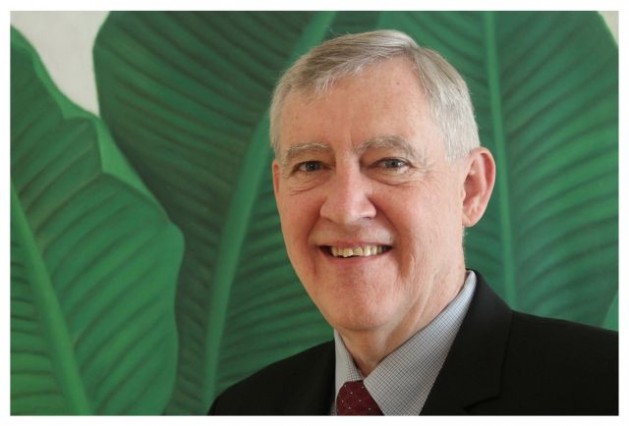 WASHINGTON, Nov 8 2014 (IPS) - “We are especially distressed by the high prevalence and increasing numbers of malnourished children under five years of age in parts of Africa, Asia and Latin America and the Caribbean. Moreover, more than 2000 million people, mostly women and children, are deficient in one or more micronutrients…”

These words are from the Final Report of the International Conference on Nutrition that took place in December 1992 in Rome.

The distress is felt most by the poor, whose response is to cut down on the more expensive micronutrient-rich foods while making sure the household gets by on stomach-filling staples.

Twenty-two years later, government representatives from around the world will again gather in Rome for the Second International Conference on Nutrition (ICN2) and will have to contend with the reality that despite reducing the percentage of people suffering from micronutrient (vitamin and mineral) deficiencies, about the same absolute number of people – two billion – are still not getting the micronutrients that are essential for good health.

This is still too high a number; being deprived of essential micronutrients in the first thousand days from conception to a child’s second birthday can result in stunting, lowered IQ, and repeated bouts of illness that reduce lifelong productivity and keep generations in poverty and poor health.

So, today, we still face many of the same challenges as we did more than two decades ago. These have been further exacerbated by population growth, food price volatility and climate change, among other issues. Here are a few trends or factors that stand out today, and must be accounted for as we look to end hunger and malnutrition.

The distress is felt most by the poor, whose response is to cut down on the more expensive micronutrient-rich foods while making sure the household gets by on stomach-filling staples. To make matters worse, in recent years we’ve seen a disturbing trend where even the prices of key staple foods such as rice, wheat and maize that provide most of the global calories, have shot up.

Climate-induced changes and natural disasters will lead to more volatility in food production and, thus, price variability. The poorest households are least able to absorb shocks. As such, building resilience has emerged as a critical priority that requires greater alignment and collaboration with diverse partners to protect those who are most vulnerable from shocks.

One way to increase nutritional resilience is to make our food systems more nutrition-smart. Our food systems have to be calibrated to provide the greatest amount of nutrients per square foot of scarce land that can be produced sustainably, especially in the face of climate change.

This means growing more nutritious foods that include staple foods with enhanced micronutrient content that are proving efficacious in reducing micronutrient deficiencies. We have to build agricultural, and therefore dietary, diversity back into the system so that there is a ‘rebalancing’ of calories with micronutrients.

Being nutrition-smart means we also pay attention to growth in obesity, which today exists side by side with undernutrition.

The lessons learned in the past two decades show that there is no silver bullet. Integrated nutrition and public health interventions, and poverty alleviation social reforms are necessary to achieve good nutrition for all.

We have to more efficiently break down the silos between agriculture, nutrition and health food and health systems in order to improve people’s lives. The good news is that we have made significant strides. Twenty-two years ago, agricultural and nutrition scientists did not talk to each other very much. Now they do, and even more of that collaborative conversation and action are needed.

It pleases me greatly that global awareness has been building up over the past five years about how crucial nutrition is. The Copenhagen Consensus, a gathering every four years of top economists in the world, has twice put the reduction of micronutrient deficiencies at the top of their lists as the best use of public money, and have conservatively estimated a 59:1 dollar benefit-cost ratio.

I am heartened by global movements like Scaling Up Nutrition that are galvanising communities around the world to expand nutrition interventions that work, and by U.N. Secretary-General Ban Ki-moon’s Zero Hunger Challenge to eliminate hunger in our lifetime. As a global society, we cannot afford to let this momentum wane as other crises or trends command attention.

Achieving better nutrition is a multi-faceted endeavour. I have emphasised here the importance of making our food systems more nutrition-smart. And as the tagline for ICN2 states: better nutrition means better lives. There are of course complementary themes deserving of similar attention.

But this is what the delegates in Rome will have to tackle next week when, as the materials for the upcoming ICN2 suggest, coherence and collaboration must be built into any new frameworks and plans to improve nutrition. I look forward to being there, and to learning from the experience, the expertise and the insights of delegates from around the world.