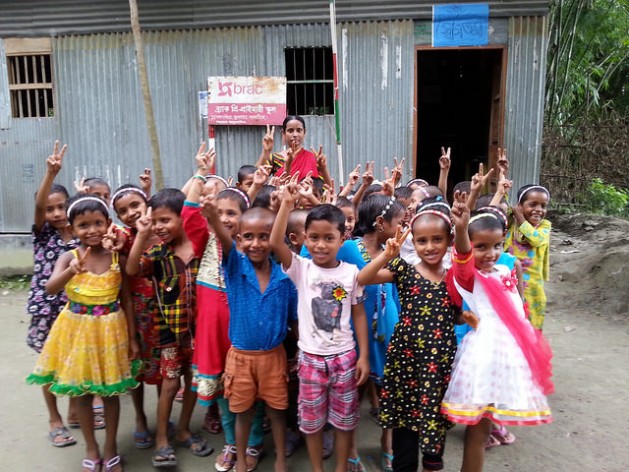 UNITED NATIONS, Mar 18 2015 (IPS) - Nearly half of the world’s hungry, amounting to about 363 million people, live in some of the rising middle income countries, including Brazil, China, India, Indonesia and Mexico, according to a new report released Wednesday by the Washington-based International Food Policy Research Institute (IFPRI).

The 2014–2015 Global Food Policy Report (GFPR) calls on these developing nations, described as “rising economic powerhouses,” to reshape their food systems to focus on nutrition and health, close the gender gap in agriculture, and improve rural infrastructure to ensure food security for all.

“It has become clear that the factors that influence people’s nutrition go well beyond food and agriculture to include drinking water and sanitation, the role of women, the quality of caregiving, among others.” -- Shenggen Fan

“It may seem counterintuitive, but these growing economies play a key role in our ability to adequately and nutritiously feed the world,” said Shenggen Fan, director general of IFPRI.

The report traces the link between sanitation and nutrition, with findings in Bangladesh that show “dramatic reductions in open defecation contributed to large declines in the number of stunted children.”

“It has become clear that the factors that influence people’s nutrition go well beyond food and agriculture to include drinking water and sanitation, the role of women, the qual­ity of caregiving, among others,” Fan said.

The study also finds strong evidence that food insecurity was a contributing factor to instability in the Middle East.

Additionally, it draws attention to the pressing need to regulate food production to prevent food-borne diseases, help small family farmers move up by increasing their incomes or move out to non-farm employment, improve social protection for the rural poor, and support the role of small-scale fishers in satisfying the global demand for fish.

Asked specifically about the impact of Middle East conflicts on food security, Clemens Breisinger, a senior research fellow in the Development Strategy and Governance division at IFPRI, told IPS food insecurity is quite obviously often a consequence of political instability and conflict.

As such, he said, the number of food insecure people has risen in many Arab countries since 2011, especially in Syria, Iraq and Yemen (three countries ravaged by political turmoil).

He pointed out Arab countries import about 50 percent of their food and were thus hard hit by the global food price spikes in 2008 and 2011.

Meanwhile, Imed Drine, a senior economist at the Islamic Development Bank, says the slump in oil prices continues to upend the global economy and experts believe this is likely to last for several years.

Oil prices dropped by about 50 percent from the fourth quarter of 2014 to the first month of 2015, the second largest annual decline ever where the falling oil prices have helped to push food prices down, according to the Rome-based Food and Agriculture Organization (FAO).

Of the regions affected by these declining oil prices, said Drine in a blog post, the MENA region (Middle East and North Africa) is affected the most.

That is due to the fact that the majority of its countries depend on oil revenues for growth and because it is the most food imports-dependent region where food dependency ratios exceed 50 percent on average.

Drine says the strong relationship between oil and food prices may be explained by a key fact: “Our modern global food system is highly oil-dependent.”

Oil is the key fuel for production and for transporting food from field to market, and fuel costs, he said, make up as much as 50 to 60 per cent of total shipping costs.

In addition, energy related costs such as fertilisers, chemicals, lubricants and fuel account for close to 50 percent of the production costs for crops such as corn and wheat in some developed countries.

“As a result, declining oil prices will have a direct influence on production costs,” he added.

Furthermore, grain prices have become increasingly linked to the movement of oil markets since more corn is being diverted to biofuel production.