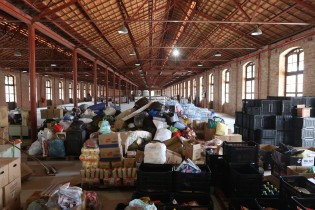 By Jeffrey Moyo
There is a scramble for unoccupied land in Africa, but this time it is not British, Portuguese, French or other colonialists racing to occupy the continent’s vacant land – it is the continent’s urban dwellers fast turning to urban farming amid the rampant food shortages that have not spared them.
Next Page »
ADVERTISEMENT ADVERTISEMENT