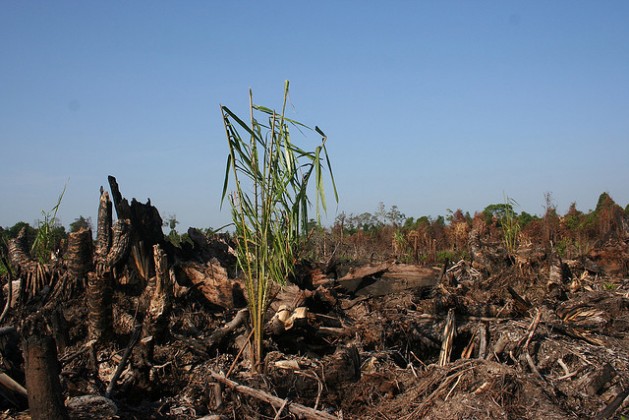 WASHINGTON, Aug 6 2015 (IPS) - Following growing concerns in the United States about the risks of trans fat since 1999, demand for palm oil, a cheap substitute for trans fat, more than doubled over the last decade and is expected to increase, eliciting concerns about deforestation in several Southeast Asian countries that provide 85 percent of the world’s palm oil.

Trans fat is a partially hydrogenated oil added to many frozen and baked goods that improves shelf life and adds flavour. The United States’ Food and Drug Administration (FDA) proposed banning trans fat after studies showed it may cause cardiovascular diseases. FDA banned the use of trans fat last month.

The ban, along with the burgeoning demand by China and India, are among the reasons many experts say motivate the rise in demand for palm oil. According to the United Nations Food and Agriculture Organization, global demand for palm oil is likely to grow by 60 percent in 2050 from 1999. Palm oil imports in the United States increased by more than 80 percent since 1999, according to the United States Department of Agriculture (USDA).

“Palm oil has a lot of same properties that hydrogenated oil has, that’s one of the reasons why it’s a common replacement,” Lael Goodman, a tropical forest analyst at the Union of Concerned Scientists told IPS in an interview. “As companies are looking around on what to use instead of these partially hydrogenated oils, palm oil is the cheapest vegetable oil in the market now.”

Palm oil plantations, according to the United Nations Environment Programme and Greenpeace International, is the leading cause of deforestation in Indonesia and Malaysia. Although United States imports most of its palm oil from Malaysia, Malaysia’s production growth is slowed by limited land and labor, according to USDA. Indonesia has emerged as the largest exporter since 2011. 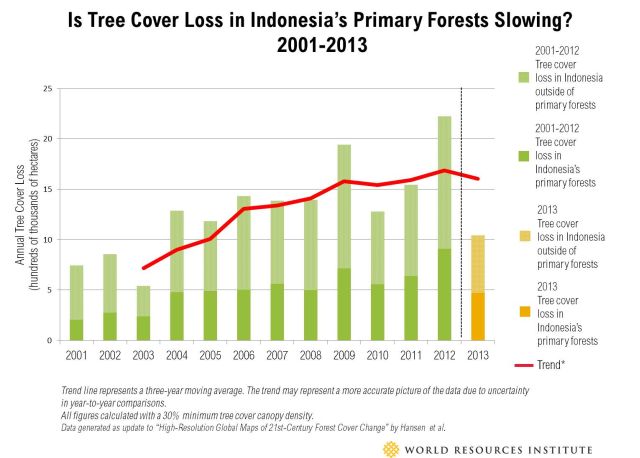 The concerns come at a time when Indonesia is expecting to double its palm oil production by 2020 in response to the rise in demand, although it is already suffering from one of the world’s highest deforestation rates.

Joko Widodo, president of Indonesia, strengthened the country’s moratorium against deforestation earlier this year. However, the moratorium, which was introduced in 2011, has failed to control the expansion of oil palm plantations in primary forest and peat lands, according to USDA.

A study by researchers from University of Maryland and World Resources Institute (WRI), a Washington, D.C. based think tank, revealed that Indonesia lost over 6 million hectares of primary forest from 2000 to 2012, an area half the size of England.

“We don’t have the data for 2014 or 2015 yet and there was a decrease in 2013, but the end result is still that the deforestation rate is at one of the highest rate it’s been in the country’s history,” James Anderson, communications manager for WRI’s Forests Program, told IPS.

The country is also notorious for causing haze pollution in Southeast Asia for forest burning activities that are often linked to land clearing for palm oil plantations.

“Up to 20 percent of land that are on fire have been traced back to palm oil,” Goodman said. “When peat soils are cleared– these are very carbon-rich soils– they can burn for months or even years. It puts a lot of particulate matter into the air that spreads across Asia and it is a huge health issue every year.”

The fires usually peak around September every year. In 2013, Malaysia and Singapore were badly hit by the haze pollution. The Singapore Meteorological Service expects haze pollution from Indonesia to be as bad this year with the incoming El Nino season.

Goodman said companies, under pressure from the public, have begun to focus on deforestation-free palm oil.

“There is a very great corporate attention to where palm oil comes from,” she said. “A lot of those pledges started in 2015, some of them don’t start until 2020. We are really just starting to see what’s going to make a difference hopefully in the next few years.”

The Roundtable on Sustainable Palm Oil (RSPO) was established in 2004 as a certification body for the production of sustainable palm oil. The nonprofit’s website said that it has over 2,000 members, representing 40 percent of the palm oil industry, and it certifies 20 percent of the world’s palm oil production.

Several companies, such as Dunkin’ Brands, Krispy Kreme, McDonald’s have made commitments to purchase deforestation-free palm oil in recent years.

Global Forest Watch (GFW), an initiative convened by WRI, tracks forest fires and forest clearings in Indonesia. The service offers real time maps of deforestation and hotspots for users. According to WRI, companies using the system include Unilever and members of the RSPO.

“A lot of companies lack the tools to actually implement the commitments simply because it is very difficult to trace their supply chains to know if the palm oil is coming from a place that is actually deforested,” Sarah Lake, corporate engagement research analyst for GFW told IPS.

The GFW service, she said, was offered free-of-charge to companies to receive alerts and monitor their land for deforestation or fires.

“Our approach isn’t necessarily to reduce the use of palm oil,” Lake said. “It can be perfectly sustainable. It’s just a matter of making sure you’re sourcing palm oil that isn’t linked to environmentally problematic behaviour.”