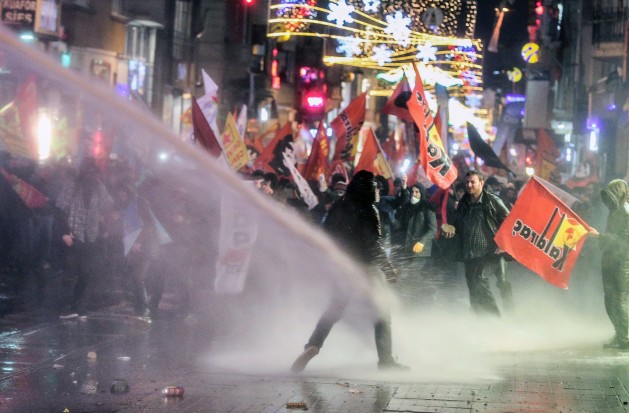 JOHANNESBURG, Apr 28 2016 (IPS) - Last month, after receiving threats for opposing a hydroelectric project, Berta Caceres, a Honduran indigenous and environmental rights campaigner, was murdered. A former winner of the Goldman Environmental Prize for her opposition to one of Central America’s biggest hydropower projects, Berta was shot dead in her own home.

Across the world, civic activists are being detained, tortured and killed. The space for citizens to organise and mobilise is being shut down; dissenting voices are being shut up. In 2015, at least 156 human rights activists were murdered. 156 that we know of.

The scale of the threat cannot be underestimated. The most recent analysis by my CIVICUS colleagues shows that, in 2015, significant violations of civic space were recorded in over 100 countries, up from 96 in 2014. People living in these countries account for roughly 86% of the world’s population. This means that 6 out of 7 people live in states where their basic rights to freedom of association, peaceful assembly and expression are being curtailed or denied. No single region stands out; truly, this is a worldwide trend, a global clampdown.

Hostility towards civil society is becoming normalised as threats emanate from an increasing range of state and non-state actors: corrupt politicians and officials, unaccountable security forces, unscrupulous businesses and religious fundamentalists. But perhaps more worrying is the demonisation of civil society in mainstream political discourse. A recent bill in Israel, touted by its supporters as the ‘Transparency Bill’, places rigorous new disclosure demands on any Israeli non-profit organisation that receives more than 50% of its funding from “Foreign Political Entities’, in other words from foreign governments, the EU or UN. Following an escalating global trend, the bill seeks to cast Israeli CSOs as disloyal ‘foreign agents’, demanding that their public communications state the source of their funding and calling for their employees to wear distinctive tags.

In the UK recent government efforts to restrict the lobbying activities of civil society organisations prompted over 140 charities to express their concern. A proposed new grant agreement clause seeks to prevent UK charities from using their funds to enter into any dialogue with parliament, government or a political party. In India, Prime Minister Modi has cautioned his judiciary against being influenced by what he called, ‘five star activists’. Insinuating that the civil society sector is elitist and out of touch with realities on the ground, the comments lent renewed impetus to the country’s ongoing crackdown on critical civil rights activists and NGOs.

The recent proliferation of counter-terrorism measures has also served to further stigmatise and stifle the sector. By suggesting that non-profit organisations are particularly vulnerable to abuse or exploitation by terrorist groups, governments have justified new laws and regulatory restrictions on their legitimate activities and the political space they inhabit. Freedom of speech is being silenced, funding sources cut off; the effect has been debilitating.

State surveillance of online activities is also on the rise as authorities note the power of the internet and social media as a tool for citizen mobilization. Governments have woken up to the power of civil society. The deepest fear of repressive regimes is no longer necessarily the rise of new political opposition parties; it is 100,000 of their citizens taking to the streets in the pursuit of change. And so a concerted push-back has begun, an effort to tame civil society, to smother its ability to catalyse social transformation.

We need to push back on these incursions on civic space, urgently and across the world. We need to be challenging our governments over rights violations, about the murder of activists, about their progress in fighting poverty, climate change and inequality.

There is much cause for hope. Last year, a coalition of Tunisian civil society organisations won the Nobel Peace Prize for their work in bringing a country back from the brink of civil war and laying the foundations of a pluralistic democracy. The latest innovations in protest and movement building, in technologies that can liberate and mobilise citizens, in citizen-generated data that can empower campaigners and increase transparency around the monitoring of our global goals: all of these signal a new era of dynamic civic activism. Over the last few days more than 500 leading activists and thinkers gathered at International Civil Society Week 2016 in Bogota, Colombia to plot civil society’s global fight-back. It is fitting that this meeting took place against a backdrop of the peace negotiations that Colombian civil society has played such a key role in making possible.

Our gathering has the potential to be a defining moment for the future of democratic struggles. There will be more setbacks, low points and sacrifices to come but the demands for change won’t go away. Nor will civil society’s ability to affect it. A new, radically different vision for the future of civic action is being formulated. And those of us who believe in a healthy, independent civil society have more responsibility than ever before to keep on making our case. Knowing the threats she faced, Berta Caceres said, ‘We must undertake the struggle in all parts of the world, wherever we may be, because we have no spare or replacement planet. We have only this one and we have to take action’. She was right.

Dhananjayan Sriskandarajah is the Secretary General of CIVICUS, the global civil society alliance.