Siddharth Chatterjee (@sidchat1) is the United Nations Resident Coordinator a.i for Kenya and the UNFPA Representative. Werner Schultink (@janwerners) is the UNICEF Representative to Kenya. 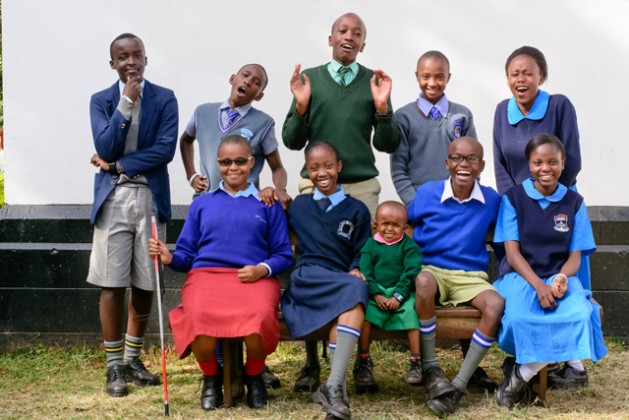 Fertility levels are declining gradually and Kenyans are living longer. It is estimated that there will be 85 million people in Kenya by 2050, with three quarters of these being below 35 years. While Kenya’s median age is 19, Sweden’s is 42.

Kenya’s mushrooming population presents an extraordinary opportunity and several challenges. The opportunity lies in the potential for a so-called demographic dividend of sustained rapid economic growth in the coming decades. There is reason for optimism that Kenya can benefit from a demographic dividend within 15 to 20 years. It is estimated that Kenya’s working age population will grow to 73 percent by year 2050, potentially bolstering the country’s GDP per capita 12 times higher than the present, with nearly 90 percent of the working age in employment. (NCPD Policy Brief: Demographic dividend opportunities for Kenya, July 2014.)

But Kenya’s demographic dividend is not guaranteed by its changing demographics alone. Key actions are required if children of today – who will be entering the labor force a decade’s time – are skilled, dynamic and entrepreneurial.

Unemployment among Kenya’s youth is now estimated to stand at 17.3 per cent compared to six per cent for both Uganda and Tanzania. A World Bank report says mass unemployment continues to deny Kenya the opportunity to put its growing labour force to productive use, thereby “denying the economy the demographic dividend from majority young population”.

Investment in children is Kenya’s best hope to set the right pre-conditions for this potentially transformative demographic dividend. Properly harnessed, the potential of the youth could propel the country forward as a dynamic and productive engine of growth in all the 17 Sustainable Development Goals (SDGs) set out last September.

At the beginning of this year, UN member states started the long journey to implement the SDGs and they all have 169 targets to achieve by end of December 2030. Some countries have already made good progress on the localization and mainstreaming of the SDGs in their development plans and budgeting processes. In fact, 22 of the 193 Member States that endorsed the SDGs voluntarily reported on their progress at the High-level Political Forum (HLPF) held last month in New York.

The Government Kenya played a very important role in the design of the global development agenda. About 20,000 Kenyans participated in the MyWorld Survey, in which they voted on the kind of world they wanted after the MDGs. Kenya was also one of many countries that commissioned consultations at national, regional and community levels to discuss the Post-2015 development agenda, and these culminated into a position paper that was presented for inclusion into the post-2015 development agenda.

The global development agenda dovetails with Kenya’s Vision 2030 in terms of timeline and key strategic focus and seeks as well to make Kenya globally competitive and prosperous for all citizens. Kenya Vision 2030 does capture the three dimensions of sustainable development including economic, social and environment. This makes it much easier to align the national development plan of Kenya to the SDGs.

However, as was evident with the millennium development goals (MDGs), the work of translating SDGs into results requires strategic actions. It requires that countries exploit fully the resources within in order to make the giant leaps needed to meet the targets.

Experts agree that for Kenya and the rest of Africa, these giant leaps will come through the youthful human resource, but only when the working age population becomes larger than people of non-working age.

In Kenya, there are about eight dependents for every working person, meaning that the state faces very high costs associated with economically unproductive populations. It means that Kenya must invest to create jobs, and invest in the young people with the skills to fill those jobs.

A society that wants to diversify its economy, achieve industrialization and socio-economic transformation and the SDGs must invest heavily in a strong, dynamic and empowered youth and women to drive this agenda. Kenya’s children will need quality learning that leads to educational attainment that is relevant to their lives, and gives them with the skills needed for the country’s changing labor market. Protection from ill health, malnutrition, violence, conflict, abuse and exploitation are also crucial for children – and their nation – to prosper.

Therefore, if Kenya and all other developing countries must successfully implement the SDGs, it is very important that young people, both boys and girls, no longer remain passive beneficiaries of development but must become equal and effective partners for development. This means that the problem of youth must be addressed as a policy and development issue, which must be mainstreamed in all planning and budgeting processes.

In addition, strong political commitment and leadership must be demonstrated at both national and local levels to address the problems of youth in Kenya. High growth rates must be translated into skills and jobs for the increasing young population and workforce in Kenya. Such actions will indeed help to keep young people away from being targets of youth radicalization and violent extremism.

Investing in youth is not only an investment in the future but also fundamental for the successful implementation of the SDGs.

Today 12 August 2016 is International Youth Day. Let’s commit to investing in youth. It is not only an investment in the future but also fundamental for the successful implementation of the SDGs.