Soil: Keeping Nutrients in Food and Carbon in the Ground 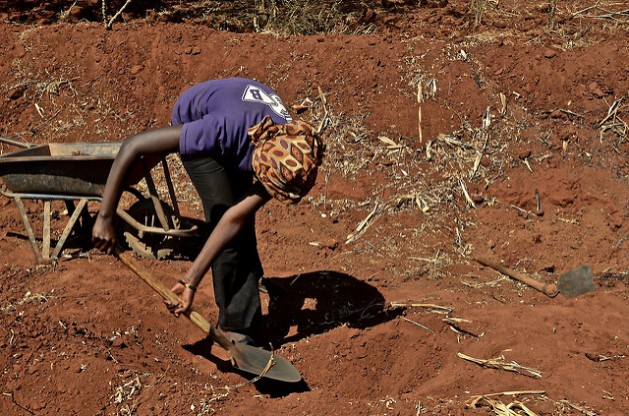 UNITED NATIONS, Dec 5 2016 (IPS) - Healthy soil not only makes food more nutritious it also helps keep carbon out of the atmosphere by storing it underground.

Yet around the world over 500 million hectares of soil has become degraded – leading to the loss of valuable nutrients as well as the release of carbon, speeding up the process of man-made climate change.

IPS spoke to Caon at an event ahead of World Soil Day, which is marked on December 5.

The event focused on the special role of pulses in preserving soils.

Pulses include peas, beans, chickpeas and lentils. They are particularly popular in South Asia and Latin America.

“Seventy five percent of pulses are consumed in developing countries and only 25 percent in developed countries,” she said. 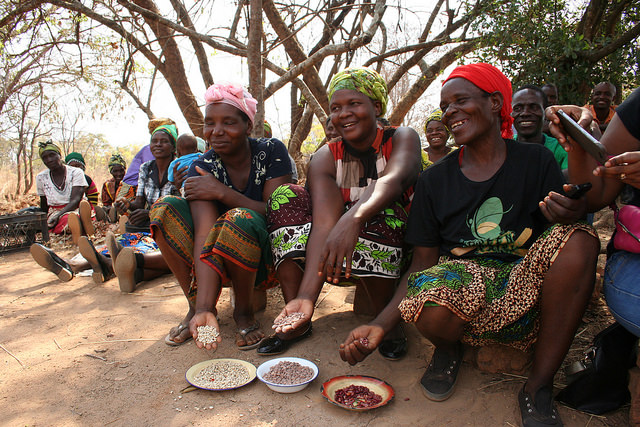 According to the FAO, pulse crops are one of the most sustainable crops a farmer can grow.

“Pulses are a very good ally in combatting and adapting to climate change because of the soil organic matter content they provide to the soil,” said Caon.

“Pulses have deep root systems which basically once you harvest the plants, or the root dies, keep the carbon in the soil,” she added.

“(Soil organic matter) is really a form in which carbon can be taken into the ground and not into the atmosphere in the form of carbon dioxide which causes climate change and the greenhouse gas effect.” -- Lucrezia Caon

Plants also keep carbon in the soil in other ways, said Caon. Leaves which fall from the plants are taken back up into the soil as organic carbon, while plants also stimulate microbial activity fostering additional organic matter.

“Soil organic matter is basically constituted by the leaves and organisms,” said Caon. “It’s really a form in which carbon can be taken into the ground and not into the atmosphere in the form of carbon dioxide which causes climate change and the greenhouse gas effect.”

In addition, pulses are much more water efficient than other sources of protein. According to the FAO it can take as little as 43 gallons of water to grow one pound of pulses, compared to 216 gallons for soybeans and 368 gallons for peanuts.

The benefits of pulses to soil mean that they can also help combat land degradation, Melchiade Bukuru, Chief, of the UN Convention to Combat Desertification Liaison Office told IPS.

“Today we have over 500 million hectares degraded in the world that are begging us to bring them back to the fertile status.”

“Pulses can help to restore the land that was degraded because they bring fertility to the soil,” said Bukuru.

The process of land degradation, also known as desertification happens all over the world, Bukuru explained.

“Seventy-eight percent of land degradation occurs in ecosystems other than the desert.”