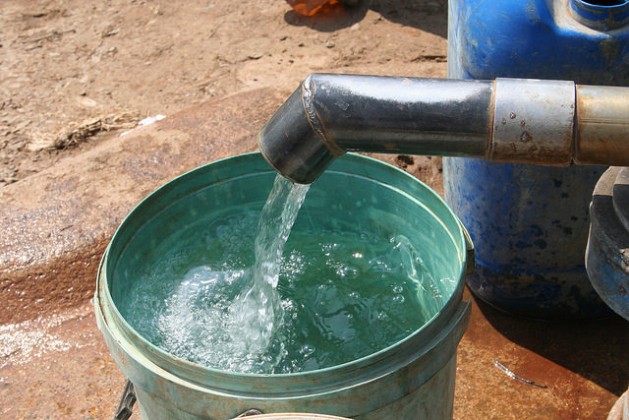 BULAWAYO, Zimbabwe, Mar 21 2017 (IPS) - Though key to good health and economic wellbeing, water and sanitation remain less of a development priority in Africa, where high costs and poor policy implementation constrain getting clean water and flush toilets to millions.

Lack of access to clean water can contribute to famine, wars and uncontrolled and irregular migration.

Sub-Saharan Africa uses less than five percent of its water resources, but making water available to all can be prohibitively expensive, Muller, of the Wits University School of Governance in South Africa and a former director general of the South African Department of Water, told IPS.

“Domestic water supply is a political priority in Africa and sanitation has grown in importance,” he said, “but the services cost money.”

According to the World Water Council, a global body with over 300 members founded in 1996 to advocate for world water security, the world needs to spend an estimated 650 billion dollars annually from now to 2030 to build necessary infrastructure to ensure universal water security.

Africa is still far from enjoying the returns from investments in the water sector; for example, it has more citizens with mobile phones than access to clean water and toilets. A 2016 report published by Afrobarometer, a pan-African research network, which explored access to basic services and infrastructure in 35 African countries, found that only 30 percent of Africans had access to toilets and only 63 percent to piped water – yet 93 percent had mobile phone service.

Governments need to invest in water projects that will avail clean water to all in a world where over 800 million people currently do not have access to safe drinking water, and where water-related diseases account for 3.5 million deaths each year, said the World Water Council in a statement ahead of the World Water Day. The WWC warned that water insecurity costs the global economy an estimated 500 billion dollars annually.

“World leaders realize that sanitation is fundamental to public health, but we need to act now in order to achieve the UN’s Global Sustainable Development Goal Number 6 – to deliver safe water and sanitation to everyone everywhere by 2030,” World Water Council President Benedito Braga said in a statement. “We need commitment at the highest levels, so every town and city in the world can ensure that safe, clean water resources are available.”

Noting the key impact of water access, Braga warned that lack of access to clean water can contribute to famine, wars and uncontrolled and irregular migration.

“Water is an essential ingredient for social and economic development across nearly all sectors. It secures enough food for all, provides sufficient and stable energy supplies, and ensures market and industrial stability amongst others benefits,” he said, adding that the world has missed the sanitation target, leaving 2.4 billion people without access to improved sanitation facilities, necessitating the investment in water and sanitation which the World Water Council said brought an estimated 4.3 dollars in return for every dollar invested through reduced health care costs. 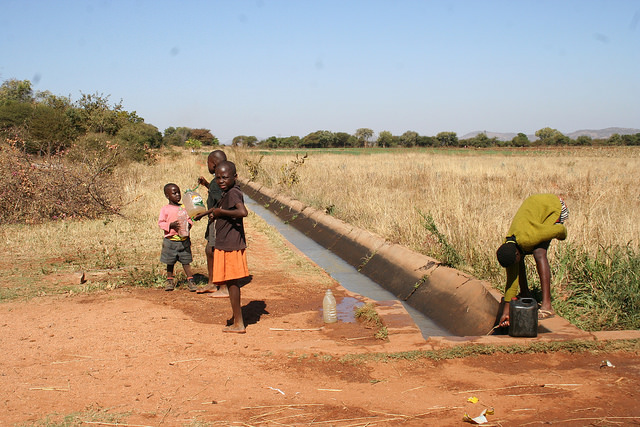 The United Nations defines wastewater as “a combination of domestic effluent consisting of blackwater (excreta, urine and faecal sludge) and greywater (kitchen and bathing wastewater) in addition to water from commercial establishments and institutions, industrial and agricultural effluent.”

According the fourth World Water Development Report, currently only 20 percent of globally produced wastewater receives proper treatment, and this was mainly dependent on a country’s income. This means treatment capacity is 70 percent of the generated wastewater in high-income countries, compared to only 8 percent in low-income countries, according to a UN-Water Analytics Brief, Waste Water Management.

“A paradigm shift is now required in water politics the world over not only to prevent further damage to sensitive ecosystems and the aquatic environment, but also to emphasize that wastewater is a resource (in terms of water and also nutrient for agricultural use) whose effective management is essential for future water security,” said UN-Water.

“The focus on waste water reflects the rich world’s desire to reduce pollution, protect the environment and sell technology,” Muller said. “There are some major cities and towns where ‘used’ water is treated and reused, in others untreated water is sought after by peri-urban farmers because it provides valuable fertilizer as well.

“But in places without adequate water supplies or sewers to remove the wastewater, waste water treatment is not yet a priority, [and] without water supply there can be no waste water.”

According to the World Water Council, about 90 percent of the world’s wastewater flows untreated into the environment. More than 923 million people have no access to safe drinking water and 2.4 billion others do not have adequate sanitation.

“Nearly 40 percent of the world’s population already faces water scarcity, which may increase to two-thirds of the population by 2025. In addition, approximately 700 million people are living in urban areas without safe toilets,” the Council said.

Some impurities in wastewater are useful as organic fertilizers. With proper treatment, wastewater can be useful in supporting pasture for grazing by livestock.

Clever Mafuta, Africa Coordinator at GRID-Arendal, a Norway-based centre that collaborates with the UN Environment, says an integrated and holistic approach is needed in water management across the world.

“Making strides in safe drinking water alone is a temporary success if other elements such as sanitation and wastewater management are not attended to, especially in urban areas,” Mafuta told IPS. “Wastewater often ends up in drinking sources, and as such if wastewater is not managed well, gains made in the provision of safe drinking water can be eroded.”

The UN estimates that Sub-Saharan Africa alone loses 40 billion hours per year collecting water – the same as an entire year’s labour by the population of France.

The Africa Water Vision 2025 launched by a number of UN agencies and African regional bodies in 2000 noted extreme climate and rainfall variability, inappropriate governance and institutional arrangements in managing national and transactional water basins and unsustainable financing of investments in water supply and sanitation as some of the threats to water security in Africa.

African ministers responsible for sanitation and hygiene adopted the Ngor Declaration on Sanitation and Hygiene in May 2015 in Senegal, committing to access to sanitation and eliminating open defecation by 2030. However, this goal remains extremely distant.

African Ministers Council on Water (AMCOW) has developed an African monitoring and reporting system for the water and sanitation sector. Executive Secretary Canisius Kanangire calls it an important step in ensuring effective and efficient management of the continent’s water resources and the provision of adequate and equitable access to safe water and sanitation for all.