Civil Society: “Everyday Things Are Getting Worse” for Children in Yemen 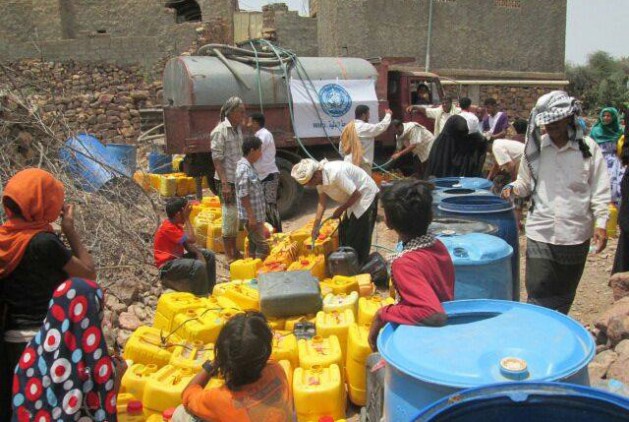 In the report, Watchlist on Children and Armed Conflict, in collaboration with Save the Children, found a series of systematic attacks on medical facilities and personnel and families’ restricted access to health care across three of the most insecure governorates in the Middle Eastern nation.

According to the International Committee of the Red Cross (ICRC), warring parties carried out at least 160 attacks against medical facilities and personnel between March 2015 and March 2017 through intimidation, air strikes, and impeded access to medical supplies.

In Saada, a missile struck the Médecins Sans Frontières (MSF)-supported Shiara Hospital which killed six and wounded ten. The hospital served an area of approximately 120,000 people and was established as a de facto emergency room to provide access to health care for patients that would otherwise need to travel four to five hours along insecure roads to receive. A few days later, the same hospital sustained another rocket attack by the Saudi Arabia-led coalition.

Many are now afraid because of the attacks, said Watchlist’s Research Officer Christine Monaghan.

“There is a real sense of fear in the country about not being able to access healthcare when needed, about what might happen to them if they are in a clinic or a hospital and it’s bombed at a time when they visit,” she told IPS.

Following the Shiara Hospital attack, an MSF doctor reported that maternity room deliveries have ceased. “Pregnant women are giving birth in caves rather than risk coming to the hospital,” they said.

This has compounded health challenges as access to life-saving treatment is limited.

According to the Office for the Coordination of Humanitarian Affairs (OCHA), more than half of Yemen’s population including 8.1 million children lack access to basic health care—an increase of more than 70 percent since the conflict began in March 2015.

As of November 2016, there was 1 hospital bed for every 1,600 people and over 50 percent of medical facilities have closed.

One woman revealed the challenges of caring for her family in an interview with Save the Children, stating: “We cannot afford health care. If any of our children gets sick, we cannot do anything for them. We do not know where to go…two of my daughters, 5 and 3 years old, have persistent coughs, and I cant help them apart from giving them hugs.”

The ongoing blockade imposed by the Saudi-led coalition has further inhibited access to necessary supplies to run medical facilities such as fuel.

In one case, a child in an incubator died after a hospital lost power and lacked fuel to use its generators.

Due to the collapse of immunization programs, there is also an increased risk of vaccine-preventable diseases such as polio and rubella. According to the UN Children’s Agency (UNICEF), a child dies every 10 minutes from preventable causes in Yemen.

Meanwhile, only 15 percent of the country’s humanitarian response plan is funded.

In response, Watchlist and Save the Children have called on all parties to the conflict to respect international humanitarian law and cease attacks on medical facilities, allow unhindered access to aid, and cooperate with investigations on such attacks.

The organisations also urged Secretary-General António Guterres to list the Saudi-led coalition as responsible for attacks on hospitals and grave violations of children’s rights in conflict in the annual report on children and armed conflict.

In 2016, former Secretary-General Ban Ki-moon listed the coalition in his report but subsequently removed it after pressure from Saudi Arabia and its allies. However, this does not have to be the case this year, Monaghan said.

“We are hoping the new Secretary-General uses his first months in office to make a strong statement that he will protect the mandate and hold perpetrators to account,” she told IPS.

Under-Secretary-General and Emergency Relief Coordinator Stephen O’Brien called the humanitarian crisis in Yemen as “one of the worst in the world.” The country is on the brink of a famine with over 14 million food-insecure people. Over 70 percent of Yemenis are in need of some form of humanitarian aid.