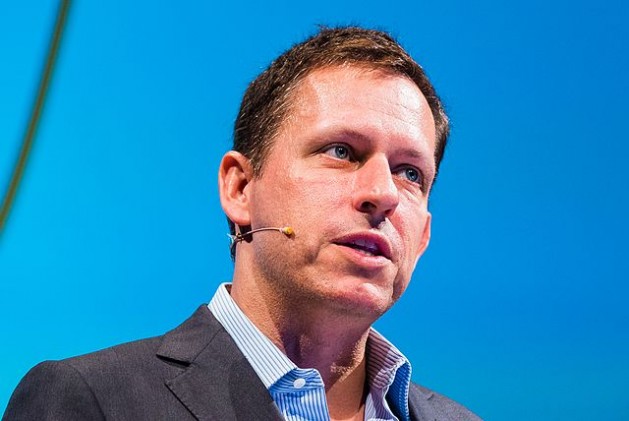 WELLINGTON, Jun 8 2017 (IPS) - In January, the revelation that Peter Thiel, the libertarian Silicon Valley venture capitalist and Trump adviser, secretly got a New Zealand citizenship six years ago caused an uproar, mostly because he was the first to get one without pledging to live there.

It didn’t help that he wasn’t even required to fly to New Zealand to get his papers: the government allowed him to pick up his passport at its consulate in Santa Monica. The outrage was compounded by the government’s release in February of his 145-page naturalization file, which revealed a cascade of broken promises.

Purchases by absentee foreign billionaires have been blamed for helping push up real estate prices and boosting homelessness, which at 1 percent is twice the US rate and three times the British one.

In his application dated June 2011, he described New Zealand as a utopia that “aligns more with my view of the future” than any other country. Thiel has said the maximum tax rates in the U.S. (now 39.6 percent) should be lowered to 20 percent or less and the shortfall in national income should be recovered by “disentangling some of those middle-class entitlements that people have gotten used to.”

In New Zealand, the top tax rate is 33 percent. It is the only OECD country without a capital gains or inheritance tax; it is run by the world’s most business-friendly bureaucracy and has a vibrant and under-capitalized tech sector.

Though it was the first country to give women the vote, in 1893, and has offered free dental care to schoolchildren since 1921, it swung from one of the most managed economies to one of the least regulated in the 1980s. As a result, 60 percent of its rivers are too polluted to swim in and its fisheries have been found to rest on a foundation of waste and official lies.

In 2015, Thiel bought a 193-hectare estate on Lake Wanaka, in the South Island. He also owns a mansion on Lake Wakatipu, an hour away. These and other purchases by absentee foreign billionaires have been blamed for helping push up real estate prices and boosting homelessness, which at 1 percent is twice the US rate and three times the British one. The cost of housing is the hottest issue in elections due this year.

In his citizenship application, Thiel wrote, “It would give me great pride to let it be known that I am citizen and an enthusiastic supporter of the country and its emerging high-tech industry.” He said he intended “to devote a significant amount of my time and resources to the people and businesses of NZ” and become “an active player in NZ’s venture capital industry.”

He explained that the year before, he had created an investment fund called Valar Ventures “dedicated exclusively to funding and aiding New Zealand technology companies.” Through it, he could “act in an advisory role in a way that (others) cannot because I have encountered and solved many of the problems that will confront entrepreneurs as they build their companies.”

At the government’s suggestion, according to the file, Thiel even donated NZ$1 million (830,000 U.S. dollars at the time) to an earthquake relief fund.

On July 8, 2011, three days after his application was accepted, he was the headline speaker at a conference at the Icehouse, a business development center in Auckland, the economic capital. But Thiel made no mention of his new citizenship, nor did he speak of becoming an active player on the local tech scene. Likewise, he made no mention of New Zealand to a New Yorker writer who interviewed him for a long profile headlined “No Death, no Taxes,” published that November.

“The last thing we want to do is give people the impression that our citizenship is up for sale, and this affair has certainly created that,” said Iain Lees-Galloway, the spokesman on immigration issues of the opposition Labour Party, in an interview. As for Thiel’s promises in his application, Lees-Galloway added, “He couldn’t have been all that proud (of becoming a Kiwi) because he didn’t tell anybody for six years.”

The government of the right-wing National Party glossed over the broken promises. Prime Minister Bill English, who was deputy PM in 2011, told local reporters, “If people come here and invest and get into philanthropy and are supportive of New Zealand, for us as a small country at the end of the world, that’s not a bad thing.” Thiel had been to New Zealand four times, his file showed, starting in 1993.

On February 4 came another disclosure: The Herald reported that nine months after Thiel was granted the citizenship, his Valar Ventures fund had accepted what the paper called a “sweetheart deal” from the New Zealand Venture Investment Fund, created in 2002 to encourage investments in local tech start-ups.

Valar and the fund would jointly invest in four local companies: Xero, with the largest share, as well as Vend, Booktrack and Pacific Fibre. Two years earlier, Thiel had separately invested three million dollars in Xero, a cloud-based accounting software that was already listed.

In October 2016, after the shares of Xero soared, Valar Ventures exercised the clause. The exact size of its investment is not known, but the profits have been estimated at 23.5 million dollars for an investment of 6.8 million. Valar still owns 4.8 percent of Xero, down from a peak of 7 percent. Today, of the 13 companies in its portfolio, only two are from New Zealand: Xero and Vend.

Opposition politicians suggested that naïve government officials had made yet another transaction with Thiel that failed to benefit New Zealanders. “Thiel had already invested in Xero, it was hardly a risky venture,” pointed out Lees-Galloway, the Labour MP.

But while politicians denounced the deal as having essentially privatized the profits from a taxpayer-funded investment, the tech world saw things very differently.

Andrew Hamilton, the CEO of the Icehouse business center where Thiel gave his speech, declined to specify what else Thiel had done for startups, saying only: “Peter was and is awesome, and we are always grateful to people who contribute and help!”

Lance Wiggs, the founding director of the Punakaiki Fund, which invests in companies in the development and fast-growth phases, said Valar was “exactly the kind of fund New Zealand wanted to attract.” He said Thiel’s investment in Xero “was absolutely crucial at the time, he really helped them lift their game from being a local player to an international one.” Xero is now worth two billion dollars and has 1,400 employees around the world.

As for the government, Wiggs added, “I can see why they blinked and gave him a passport, though I can’t see why he needed it,” given that Thiel has a residency permit since 2006.

But unlike the permit, citizenship is “irrevocable,” as his lawyer pointed out in the application.

Adam Hunt, a tax administration specialist, offered one possible explanation: “It’s an attractive place for a rich person,” he said. Thiel could renounce his American citizenship and move to New Zealand. “If you’re rich and you move here, you can live off your capital gains,” which are not taxed. “You may have virtually no income here, and pay almost no taxes.”

Forbes estimates Thiel’s net worth at 2.7 billion dollars. He is 49 years old.

As for Thiel himself, who was born German and naturalized American, he declined to publicly defend the officials who did him the favor, or to make any new investments in New Zealand start-ups. His spokesman, Jeremiah Hall of Torch Communications in San Francisco, did not respond to three e-mails seeking comment.