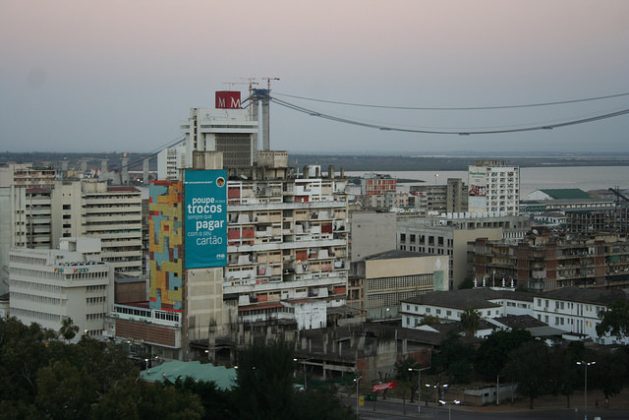 The 725-million-dollar bridge – billed to be the largest suspension bridge in Africa on its completion in 2018 – represents Mozambique’s new investment portfolio and a show of its policy commitment to boosting international trade.

“African governments have identified policy incoherence as the elephant in the room." --Wadzanai Katsande of FAO

Initiatives to improve agricultural productivity, value chain development, employment creation, and food security are often constrained by market and trade-related bottlenecks which are a result of the misalignment between agricultural and trade policies.

This was part of findings discussed at a meeting convened by the United Nations’ Food and Agriculture Organisation (FAO) in the Mozambican capital earlier this month. The high-level meeting attracted decision makers from the ministries of agriculture, finance, trade, industry and commerce, private sector representatives and donor groups.

To help address this challenge, FAO, in collaboration with Enhanced Integrated Framework (EIF) at the World Trade Organisation and the European Centre for Development Policy Management (ECDPM), has piloted a regional project to help countries coordinate policy making processing, starting with agriculture and trade.

Mozambique is one of four countries in East and Southern Africa targeted in the pilot project aimed at developing a model for best practices in policy development and harmonization in enhancing economic development.

The assessment also sought to contribute to the development of a coherent national policy framework on agricultural trade in Mozambique, said Wadzanai Katsande, Outcome Coordinator for the Food Systems Programme of the FAO.

Though listed as one of the Least Developed Countries (LDC) in the world, Mozambique is rich in natural and mineral resources including gas. The country is a bright investment destination in Africa.

“On paper, policies sound well and good, but in practice the story is different. There are still coordination and consistency issues in the policy formulation and implementation processes within and between agriculture and trade and these need to be addressed,” says Samuel Zita, an International Trade and Development Consultant, who recently led on an analytical study commissioned by the FAO on “Coordination between agriculture and trade policy making in Mozambique.”

“When agriculture and trade policies speak the same language that creates some predictability to investors, any disconnect between the two can have a negative effect on foreign direct investment,” Zita told IPS.

The study which focused on the country’s Comprehensive Africa Agriculture Development Programme (CAADP) and Enhanced Integrated Framework (EIF) processes also looked at the policy documents from these processes such as the CAADP National Agricultural Investment Plan (PNISA)] and the Diagnostic Trade Integration Strategy (DTIS). It recommended that Mozambique should improve the dissemination of policies, plans and strategies to stakeholders through various media. In addition, there should be an improvement in the description and publication of agricultural production and trade data.

“We are facing many challenges for regional trade integration in Africa,” Werner Told IPS. “Our findings have shown that aligned policy processes can help create an enabling environment for trade and development.”

African governments have committed themselves to a multitude of agreements, protocols and declarations meant to promote greater agriculture productivity and trade which are major drivers of economic growth, but something is still missing in getting it all together: effective policies both at national and regional levels. Until the well-meaning policies trade and agriculture are aligned, Africa will continue to miss out on attracting the level of investment it should.

Mozambique has taken the first steps towards aligning its national agriculture and trade sector policies to boost economic development.

“African governments have identified policy incoherence as the elephant in the room and getting the policies in trade and agriculture to speak to each other is key to turning policies into action,” Katsande said noting that agriculture and trade development form the basis of key initiatives such as the Comprehensive Africa Agriculture Development Programme (CAADP), the Malabo Declaration and African Union’s Agenda 2063.

A boost for Inter-Africa trade

Africa has no less than 14 regional trading blocs but inter-Africa trade is low at 12 percent of the continent’s trade, according to statistics from the Common Market for Eastern and Southern Africa (COMESA). However, Africa’s trade with Europe and Asia is at nearly 60 percent. Some of the bottlenecks to Africa trading with Africa include trade policy harmonization, reducing export/import duties low production capacity, differing production quality standards and poor infrastructure.

The United Nations Conference on Trade and Development (UNCTAD) estimates that the Continental Free Trade Area (CFTA) set to be signed into operation by December 2017 will help double inter African trade. In 2012 African head of state endorsed the establishment of the free trade area by 2017. Trade is one of the pathways to unlocking economic growth in Africa to boost employment and foster innovation in a continent replete with opportunities.

Gerhard Erasmus, an associate at the Trade Law Centre, a trade law capacity building institution based in Cape Town, South Africa, said low inter-Africa trade was a real issue which has been blamed by some economists on the fact that African nations often produce the same goods (mostly agriculture and basic commodities) for which the intra-African export opportunities are limited.

“Unless we move up the ladder of value addition, industrialization and services we will remain stuck,” Erasmus said. “Thus domestic development plans need adjustment and targeted investments are necessary. There are many trade facilitation challenges, from long queues at border posts, corruption, uncoordinated technical standards and requirements, to red tape and inadequate infrastructure.”

Eramus said regional economic communities and even the African Union had policies and plans to address the many trade challenges, but implementation often encountered problems at national levels regarding political buy-in, lack of resources, technical capacity problems, and plain bad governance.