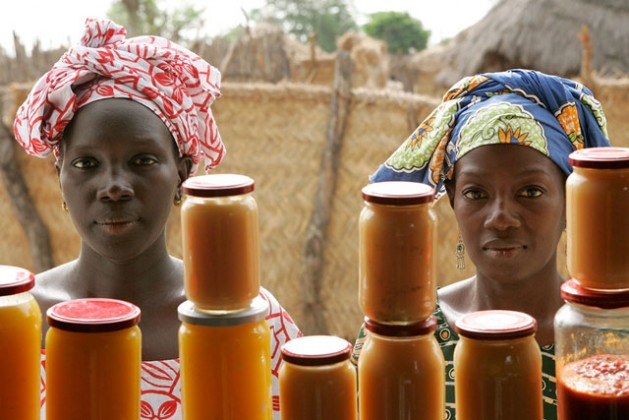 ROME, May 26 2017 (IPS) - Women constitute the largest share of informal traders in Africa–about 70 per cent in Southern Africa and more than half in other parts of this vast continent made up of 54 states, home to over 1,200 billion people.

Informal cross-border trading, in which transactions are not compliant with local tax and other rules, accounts for a large share – between 20 and a hefty 70 per cent– of employment in sub-Saharan Africa, says a new United Nations specialised report.

Africa’s vast but informal cross-border trade can contribute to improving livelihoods and increasing regional integration across the continent, according to the new report Formalization of informal trade in Africa.

Putting it on a regular footing can lift sustainable prosperity and markedly improve prospects for women, adds the UN Food and Agricultural Organization (FAO) report, which was released on 25 May coinciding with Africa Day.

“It is about harnessing rather than suppressing informal trade, it says, adding that which around half of all intra-African cross-border trade is classified as informal, indicating its large if officially invisible role.“

Simplifying the requirements for a business license, offering incentives to tax payers, and tackling official corruption are among the recommendations aimed to cut informal trade among African countries and boost economic prosperity, particularly for women, the study recommends.

Proactive policies that recognise such activity, tapping its potential with the aim of steering it towards proper regulatory status, are to be preferred over heavy-handed approaches to eradicate or seek rents from entrepreneurs, according to the UN specialised agency.

“Informal cross-border trade, often agricultural, is the result of poor access to government offices, a lack of administrative skills and improper understanding of import and custom-tax laws.

One of the main groups that would be affected by formalization is women, who constitute the largest share of informal traders – about 70 per cent in Southern Africa and more than half in other parts, says the report.

“Facilitating formalization is the only viable policy option for Africa’s transformation agenda to realize its objectives,” said Suffyan Koroma, FAO senior economist and lead author of the report.

The new report was presented at a conference in Kigali, Rwanda, which held as part of on-going FAO-supported work in the country, along with UN Women and other development partners, aimed at enabling women to benefit more from agri-food chains, a project geared to allowing women small traders access useful information as well as start-up capital. 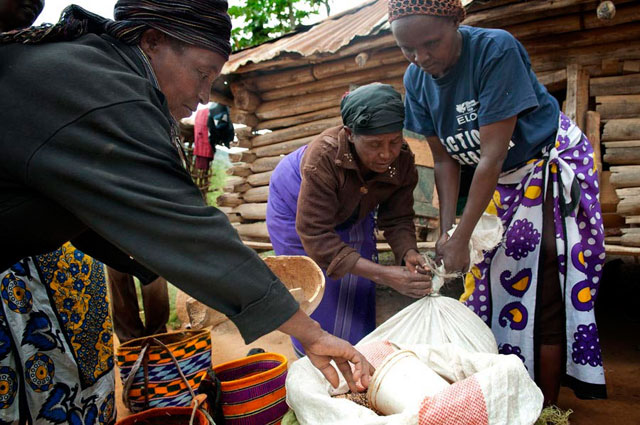 The UN leading specialised agency in the fields of food and agriculture also reported that local agricultural produce and livestock account for two-thirds of Rwanda’s exports, most of which are informally traded, with the bulk going to neighbouring countries, notably the Democratic Republic of Congo. Rwanda encourages informal small traders to form cooperatives as a step towards regularisation.

A Huge Role for Women

Women trading between the border posts of Kenya and Uganda and between Rwanda and Burundi prefer to use brokers who appear to shield them from what they perceive as unprofessional behaviour of customs officials, the report notes.

Informal cross-border trade activity is largely a second-choice option taken by people in the absence of clearly defined formal alternatives, says FAO. It consists of trade in goods and services, often agricultural in nature, and in times of food crises and other shocks has proven to be more responsible than legal channels.

“Off-the-radar economic activity, not all of it involving international trade, accounts for around 40 per cent of Gross Domestic Product (GDP) in Africa, higher than in Latin America or Asia.”

“The trade is rarely illegal,” the UN specialised body reports, adding that in most cases it is informal because practitioners have poor access to all the appropriate business licenses, administrative skills and knowledge of import and custom-tax laws to act otherwise.

While such activity is an important source of household income, practitioners are often prey to corruption and their weak access to credit means their activities are rarely stable or sustainable.

Women constitute the largest share of such informal traders. In Tanzania, women dominate trade in manufactured products while men handle mostly raw or semi-processed agricultural products, whereas the opposite is the case in Cameroon, the FAO report found.

“Women and men tend to differ in which foodstuffs – fresh produce or commodity staples – they trade as well.”

Working with Catholic Relief Service, the UN agency has also organised open-door events on the Rwanda-Congo border where women cooperatives were invited to learn more about the cross-border tax regime directly from custom officials and government representatives.

“Rwanda has emerged as a model of best practice for cross border trade through its efforts to integrate the informal economy by easing trade channels for small-scale agricultural traders, “said Attaher Maiga, FAO’s Representative in Rwanda.

Key priorities to facilitate the formalisation of informal cross-border trading include the simplification of licensing requirements, tax incentives, fostering partnerships, radio, television and town-hall outreach to participants in the informal economy, and intensifying efforts to tackle official corruption, said the UN agency.