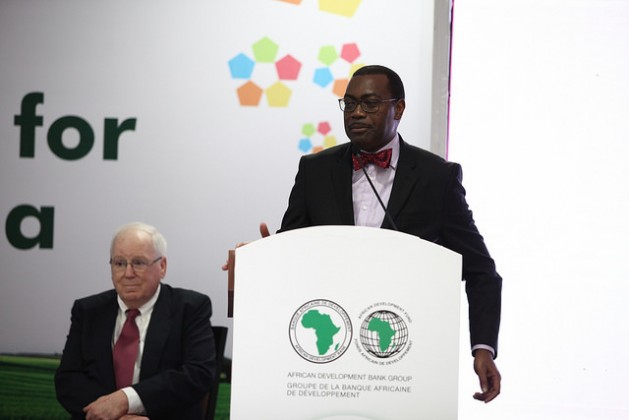 AHMEDABAD, India, May 24 2017 (IPS) - Developing Africa’s ‘grey matter infrastructure’ through multi-sector investments in nutrition has been identified as a game changer for Africa’s sustainable development.

“We can’t say Africa is rising when half of our children are stunted.” --Muhammad Ali Pate

Malnutrition – the cause of half of child deaths worldwide – continues to rob generations of Africans of the chance to grow to their full physical and cognitive potential, hugely impacting not only health outcomes, but also economic development.

Malnutrition is unacceptably high on the continent, with 58 million or 36 percent of children under the age of five chronically undernourished (suffering from stunting)—and in some countries, as many as one out of every two children suffer from stunting. The effects of stunting are irreversible, impacting the ability of children’s bodies and brains to grow to their full potential.

Laura Landis of the World Food Programme (WFP) said the cost of inaction is dramatic. “We have to make an economic argument on why we need action,” she said. “The WFP is helping, in cooperation with the African Union and the AfDB, to collect the data that gets not just the Health Minister moving, but also Heads of State or Ministers of Finance.”

The idea is to get everyone involved and not leave nutrition to agriculture and/or health ministries alone. And panelists established that there is indeed a direct link between productivity and growth of the agriculture sector and improved nutrition.

Baffour Agyeman of the John Kuffuor Foundation puts it simply: “It has become evident that it is the quality of food and not the quantity thereof that is more important,” calling for awareness not to end at high level conferences but get to the grassroots.

Assisting African governments to build strong and robust economies is accordingly a key priority for the AfDB. But recognizing the potential that exists in the continent’s vast human capital, the bank included nutrition as a focus area under its five operational priorities – the High 5s.

And to mobilise support at the highest level, the African Leaders for Nutrition (ALN) initiative was launched last year, bringing together Heads of State committed to ending malnutrition in their countries.

As a key partner of this initiative, the Bill and Melinda Gates Foundation foresees improved accountability with such an initiative in place. “ALN is a way to make the fight against malnutrition a central development issue that Ministers of Finance and Heads of State take seriously and hold all sectors accountable for,” said Shawn Baker, Nutrition Director at the Foundation.

However, African Ministers of Finance want to see better coordination and for governments to play a leading role in such initiatives to achieve desired results. “Cooperation and coordination are key between government and development partners,” said Sierra Leone’s Finance and Economic Development Minister Momodu Kargbo. “Development partners disregard government systems when implementing programmes whereas they should align and carefully regard existing government institutions and ways of working.”

Notwithstanding the overarching theme of Africa rising, Muhammad Ali Pate, CEO of Big Win Philanthropy, says, “We can’t say Africa is rising when half of our children are stunted.” He pointed out the need to close the mismatch between the continent’s sustained GDP growth and improved livelihood of its people.

Therefore, developing Grey Matter Infrastructure is key to improving the quality of life for the people of Africa. But it won’t happen without leadership to encourage investments in agriculture and nutrition, and more importantly, resource mobilization for this purpose.