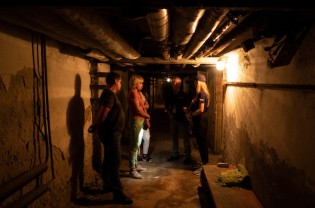 By Alison Kentish
Food security has become a priority in the Caribbean as COVID-19 pandemic travel restrictions have hit the tourism-dependent region hard.

By Jomo Kwame Sundaram
At the 1996 World Food Summit (WFS), heads of government and the international community committed to reducing the number of hungry people in the world by half. Five years later, the Millennium Development Goals (MDGs) lowered this level of ambition by only seeking to halve the proportion of the hungry.

By Ivet González
Cuba has met the United Nations goal of reducing hunger. But anemia caused by malnutrition is still a problem among infants, small children and pregnant women in this Caribbean island nation, which has been in the grip of an economic crisis for over two decades.
Next Page »
ADVERTISEMENT ADVERTISEMENT