On World Food Day IPS speaks to Emile Frison, an expert on conservation and agricultural biodiversity and a member of International Panel of Experts on Sustainable Food Systems. 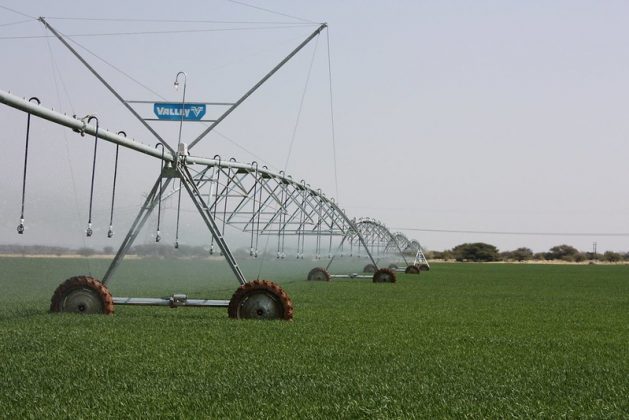 Current food systems have been focusing more on just a few major staples that are providing calories eg. major cereals, rice, wheat, and maze. Emile Frison,an expert on conservation and agricultural biodiversity and a member of International Panel of Experts on Sustainable Food Systems (IPES-Food), says agricultural biodiversity is absolutely key not only to providing nutrition because it provides for a diversity of micro-elements, mineral vitamins etc that are absent and very poor in the major staples. Irrigated field in Kakamas, South Africa. Credit:Patrick Burnett/IPS

UNITED NATIONS, Oct 16 2020 (IPS) - Despite the World Food Programme (WFP) being awarded the 2020 Nobel Peace Prize for its work in addressing global hunger, sustainable food systems expert Emile Frison believes a lot more needs to be done. This includes the rethinking of approaches to agricultural production, establishing deeper relationships between consumers and producers, and taking a wholistic approach towards socio-economic factors. 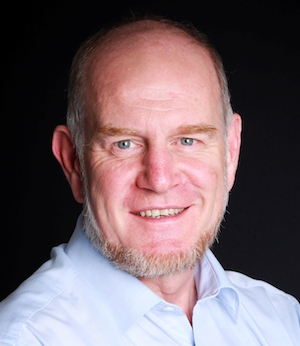 Emile Frison is an expert on conservation and agricultural biodiversity and a member of International Panel of Experts on Sustainable Food Systems (IPES-Food).

Frison, an expert on conservation and agricultural biodiversity and a member of International Panel of Experts on Sustainable Food Systems (IPES-Food), spoke with IPS a week after the Nobel committee acknowledged WFP for its rigorous approach to addressing the issue of hunger and, especially in the face of the coronavirus pandemic, “[demonstrating] an impressive ability to intensify its efforts”.

“Unfortunately, this is not only looking at short term solutions,” he told IPS. “The WFP has been addressing the [coronavirus] crisis situation which of course is important but as is often the case, not enough attention is going into providing longer term solutions of developing sustainable resilient food systems and production systems. There’s always an emergency that keeps people away from thinking longer term.”

Inter Press Service (IPS): In what ways could world leaders and local governments have been better prepared to address hunger issues before the coronavirus pandemic?

Emile Frison (EF): We know that on a global level, we produce enough food to feed everybody and even many more people than we are on the planet right now. The major problem of hunger is not of availability, but of access to food, the issue of quality and inequity in our society. That’s the important thing that has to be addressed if we want to really find long term solutions to the issue of hunger at the same time as poverty problems.

EF: Our current food system has been, over the last 50 years, focusing more on just a few major staples that are providing calories: the major cereals, rice, wheat, maze, that have received the majority of the attention by research. This is leading certainly to providing calories but we know that calories are not providing health and nutrition. Agricultural biodiversity is absolutely key not only to providing nutrition because it provides for a diversity of micro-elements, mineral vitamins etc that are absent and very poor in the major staples, but it also provides for more sustainable systems from an environmental point of view. It allows us to address the climate crisis by being lower in emissions and fixing carbon in the soil and in the vegetation, in a more diverse vegetation including trees.

Agricultural biodiversity is really a key element of reversing the past trend of the last 50 or so years of ultra specialisation and focusing on just the production of these major staples at the expense of the rich diversity that used to be cultivated. It’s been more and more abandoned in development plans in efforts to so-called fight hunger.

IPS: Why has it been more abandoned in development plans?

EF: The whole education system has been focusing on trying to create an artificial environment that is ideal for production instead of understanding how nature is working. The so-called modern agriculture has been trying to create an environment where you see the plants, no longer the soil that feeds the plants. You put these synthetic fertilisers that are directly observed by plants and are actually killing the soil. So the soil becomes an inert substrate that is incapable of feeding plants. So you have to always put more and more fertilisers and because of the uniformity of the crops, the monocultures are becoming the norm. You have more and more pest diseases that are occurring, that are requiring more and more pesticides. And this is a situation not sustainable in the longer term.

We’re seeing decreases in productivity, in those areas that are using a large amount of pesticides and fertilisers. This is not an option and that’s why we have to rethink totally the agricultural paradigm from the one that creates this artificial environment where the fertilisers are feeding directly the plants, pesticides are protecting the plants rather than having an environment in which the diversity is responsible for the resilience. Because one crop will attract some pests and the neighbouring crop will attract others. So you never have the high density of pests in diverse systems that you have in large scale monocultures.

The whole production system has to be rethought in terms of using diversity as a major approach but also to think about rebuilding, and creating an environment where we don’t fight nature anymore, but we mimic nature. In natural forests, you don’t have to have fertilisers to have a very rich functioning natural system. What we have to do is learn the lessons from that through ecology. The approach, called agroecology, is applying these principles to make nature function through agriculture. This is a real rethinking of the production system as a whole using a certain number of principal that goes beyond cultural practices but also is also looking at social dimension of providing greater equity, empowering farmers in policies instead of having technology developed in laboratories that are often not answering the real problems of farmers, to have participatory research and co-innovation with farmers.

IPS: In what ways has this issue been affected by the coronavirus pandemic?

EF: There have been many lessons: long value chains that have been developing over the last several decades, where ultra specialisation in commodities that are then being traded globally are the basis of the global food system. That has shown us vulnerability, especially in countries that were largely dependent on food imports. What has also been shown is that in areas where there are diversified production systems closer to the consumers and where there are direct links between producers and consumers, the food systems have been much more resilient. All over the world we’ve seen new connections with farmers being put in contact directly with consumers such as online purchase systems.

The COVID-19 situation has shown us what kind of options are there through shorter value chains and diversification of production, to make the whole system more resilient.

IPS: In light of the WFP being awarded the Nobel Peace Prize, what role would you say  sustainable food systems play in efforts towards world peace?

EF: What is sure is that in areas where there is hunger, it has been leading to a lot of the conflicts that we are seeing in the last decade – especially ones causing large amounts of migration. What is also clear is that the industrial model of agriculture, with its specialisation and the power of a few major companies that control the input supply and the purchase and transformation of most of the food at the expense of a decent income for producers, is no longer a viable long term solution.

We must adopt a real, different model of agriculture including, bringing back diversity in the system, and applying the lessons we learn from nature and ecological science that teach us how soil is functioning and how the living microsms in soil play an extremely important role in having a productive system. We have demonstrated that agroecological systems are able not only to feed the world in quantity terms, but also doing it in much better quality terms. That is really the way forward and better recognised.

There’s obviously some vested interests that want to continue to sell their products and maintain the current system in place that are trying to fight the mainstreaming of agroecology and more sustainable production systems. But that has to be addressed and that’s a major responsibility for every citizen of the world but especially also civil society organisations that are really looking into these issues and putting these on the table of decision makers.