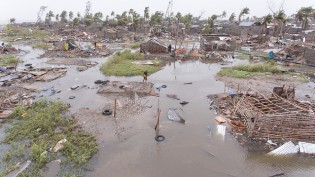 By Sally Nyakanyanga
It was one of the worst tropical cyclones hit Southern Africa in recent times. Cyclone Idai, which has been characterised by heavy rains and flooding including mudslides in some parts of Mozambique, Zimbabwe, and Malawi, has left more than 750 dead, with thousands marooned in remote rural areas, whilst others are still unaccounted for. More than 1,5 million people are affected by the cyclone in the region.

By Sally Nyakanyanga
Coffee production provides a quarter of Uganda’s foreign exchange earnings and supports some 1.7 million smallholder farmers, but crop yields are being undermined by disease, pests and inadequate services from agricultural extension officers, as well as climatic changes in the East African country.
ADVERTISEMENT ADVERTISEMENT