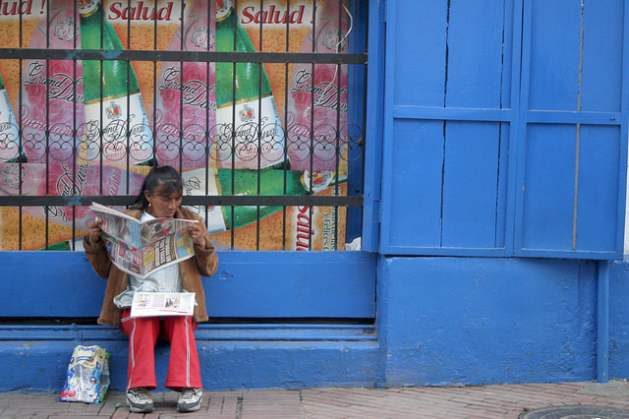 The meeting has made evident the region’s political will to adopt and accomplish this universal agenda. Argentina, Belize, Brazil, Chile, Costa Rica, El Salvador, Guatemala, Honduras, Panama, Peru and Uruguay presented their progress, along with Colombia, Mexico and Venezuela that shared their reports in 2016.

The SDGs recognize the virtue of inclusive, sustainable economic growth that respects the environment and strengthens institutional and regulatory frameworks. The agenda seeks to “leave no one behind,” and admits that the market alone does not solve all problems. This is fundamental for our region, the most unequal in the world.

The region remains the most violent in the world, with 27.3 murders per 100,000 inhabitants. Young Latin-Americans, especially men, are the most affected by crime and violence and yet are the most common perpetrators
During the Forum, the Secretary-General presented his global report on the SDGs, which also shows progress and challenges for Latin America and the Caribbean. Over the past two decades, the region has accomplished extraordinary achievements: the proportion of the population living in extreme poverty (or on less than $ 1.90 per day) fell from 13.9 percent (1999) to 5.4 percent (2013). In addition, 61% of Latin Americans had some type of social protection in 2016.

But the report also reveals that we remain indebted to certain groups, especially young people and women. In addition to being a young person or woman, being afro-descendant, indigenous, LGBTI or a person with disabilities affects the opportunities and possibilities of social and economic advancement and access to services in our region, as a recent UNDP study shows.

There are challenges for young people, especially those with low incomes. Annual GDP per capita growth has declined over the last decade and the youth unemployment rate (17.2) was almost three times higher than for adults (6.1) in 2016.

If the world was previously focused on measuring the number of children in school, the new agenda looks more at the quality of education. This report shows that, although there are more students than ever before, in many countries in the region only half of them have achieved minimum levels of proficiency in reading or mathematics at the end of primary education.

Moreover, the region remains the most violent in the world, with 27.3 murders per 100,000 inhabitants. Young Latin-Americans, especially men, are the most affected by crime and violence and yet are the most common perpetrators,, according to a UNDP report which also calls for avoiding the criminalization and stigmatization of young people, particularly those with low income.

Many challenges remain for women. An average of 12 percent suffered physical or sexual violence by their partners in the last 12 months. In addition, we have the second highest rate of teenage pregnancies in the world. Also, women do three times more unpaid work at home than men, a disparity that increases in Latin America when there are children in the household.

On the other hand, there are more women in parliaments in our region than ever before. The proportion jumped from 15.2 percent in 2000 to 29.4 percent in 2017, with Latin America being today the second region of the world with more female MPs.

Beyond the report’s figures, the region has taken concrete steps in creating or adapting institutions to implement the SDGs, and several countries are moving towards incorporating the targets into their planning and budgeting.

This is good news. The new agenda provides a historic opportunity to rethink the region’s traditional progress model and encourages many countries to define new ways of working with the public sector, private sector and civil society, for our planet and our people, leaving no one behind.