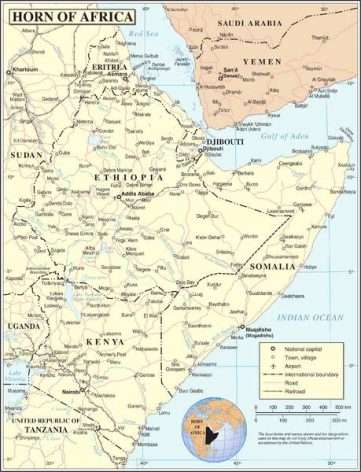 ROME, Aug 14 2017 (IPS) - African migrants who arrive on Yemen’s shores –that’s if they are not forced into the sea to drown—risk to fall in the hands of criminal networks who hold them captive for several days to extort money in exchange for their “freedom,” according to UN sources.

During captivity, the migrants are “horribly treated – beaten, starved, sexually violated, chained to the ground” so they are willing to pay, confirmed to IPS Chissey Mueller, from the International Organization for Migration’s Mission in Yemen.

The released migrants might go to IOM, or other organisations for help, or they might continue their migratory journey at the risk of being abducted and held captive again, informed Mueller, IOM’s Migrants Assistance and Protection Unit in Yemen.

“It truly is a terrible ordeal: crossing the sea is only part of the dangerous journey that the migrants are embarking on,” said Mueller. IOM provides humanitarian assistance, such as medical assistance, food, water, and non-food items, to the most vulnerable migrants.

The smugglers that sail  boats between the Horn of Africa profit easily because the distance is short (5 hours or less between Somalia and Shabwa), and the demand is high, said Mueller.

“In addition to the smugglers operating boats, there are smugglers and criminal networks in Yemen who facilitate the movement of migrants between the governorates and into Saudi Arabia.”

And for those who want to return to their home country, the UN specialised body tries to evacuate them by coordinating with the authorities in Yemen and the country of origin for safe passage, she added. 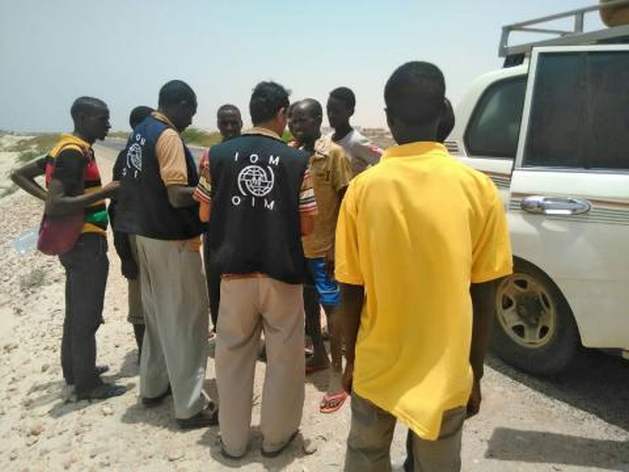 “Dumped” in the Sea

Informing from Aden, Yemen, IOM on 10 August said that up to 180 migrants were reported to have been forced that day from a boat by smugglers off the coast of Yemen. Five bodies had been recovered so far and around 50 were reported missing.

This tragic incident came barely 24 hours after smugglers forced more than 120 Somali and Ethiopian migrants into the sea as they approached the coast of Shabwa, a Yemeni Governorate along the Arabian Sea resulting in the drowning of over 50 migrants. The migrants had been hoping to reach countries in the Gulf region via war-torn Yemen.

According to IOM, a total of 300 migrants have reportedly been forced from boats over the past two days by smugglers off the coast of Yemen – many feared dead or missing. See: Smugglers Throw Hundreds of African Migrants OffBoats Headed to Yemen.

“The survivors told our colleagues on the beach that the smuggler pushed them into the sea when he saw some ‘authority types’ near the coast,” said Laurent de Boeck, the IOM Yemen Chief of Mission.

“It truly is a terrible ordeal: crossing the sea is only part of the dangerous journey that the migrants are embarking on”
“They also told us that the smuggler has already returned to Somalia to continue his business and pick up more migrants to bring to Yemen on the same route. This is shocking and inhumane. The suffering of migrants on this migration route is enormous. Too many young people pay smugglers on the false hope of a better future,” de Boeck added.

Migration Between Horn of Africa and Yemen, Not New

Migration of Africans to Yemen is not new. In fact, Mueller said to IPS that the migration trends between the Horn of Africa and Yemen are centuries old, and facilitated by the geographical proximity.

In 2014, there were an estimated 270,000 Somali refugees and several hundred thousand Ethiopian migrants in Yemen, she informed, adding that while the Somalis had sought refuge in Yemen, the Ethiopian migrants for the most part were focused on economic opportunities, either in Yemen or in Saudi Arabia.

‘There are large populations of Somalis along the southern and western coastal villages of Yemen, with significant communities in Aden and in Sana’a.  When the conflict engulfed Aden 2015 for three months, there was a mass exodus of the city.”

Somalis fled the area, and many of them headed east towards the Port of Mukallah, and eventually took boats to Somalia, said Mueller.  The Ethiopian migrants seemed to head north into Yemen, trying to avoid the conflict hotspots, with the intention of reaching Saudi Arabia.

Several thousand Ethiopian migrants have subsequently found themselves stranded in Yemen, trapped by the conflict’s frontlines, she added.

“Once the conflict in Aden ended by July/August 2015, and began to diminish in the southern part of the country, people – Yemenis and Somalis returned to their communities in Yemen. By the end of 2015, it was thought the Somali refugee community in Yemen still numbered 250,000, according to UNHCR estimates. “

According to Mueller, in 2016, despite the conflict’s continuation, but probably because it had begun to concentrate in the Taiz enclave, Hajjah, Sa’adah, etc., the number of Somali refugees and Ethiopian migrants estimated to have come to Yemen was over 117,000, according to the UN Refugee agency UNHCR.

Many More than 2,000 Migrants per Month

“IOM thinks that the trend of Ethiopian migrants coming to Yemen in 2017, most likely to transit through to Saudi Arabia, is still strong.”

For the first six months of 2017, we encountered almost 2,000 migrants per month when our mobile teams would patrol the coastal roads in Lahj and Shabwa, said Mueller, adding that is just two governorates that we cover, and we are just one agency.

“So imagine how many migrants are landing along other parts of Yemen’s coastal areas, where we are not present.  This is why we think that this year’s estimates of new arrivals are similar to last year’s trends. “

“Recently, smugglers have been pushing migrants out of the boats, fearing that the security forces might arrest them. This is what happened the past two days in Shabwa,” said Lina Koussa, IOM’s Emergency Response Officer in Aden.

Violently Forced into the Sea

Reporting from Aden, Yemen, IOM on 10 August informed that 160 Ethiopian migrants had been violently forced into the sea off Yemen’s coast in the morning of that day.

This tragic incident came one day after the presumed death of 50 Ethiopian and Somali migrants during a similar incident, the UN migration organisation informed, adding that as with yesterday (9 August), this tragedy took place off the coast of Shabwa, a Yemeni Governorate along the Arabian Sea – although in a different location and closer to the shore.

Every year, thousands of migrants risk their lives on this life-threatening route towards the Gulf countries through Yemen, a country in crisis. The journey and the situation in Yemen is extremely dangerous for migrants, IOM said.

“The psychological effect these experiences have on children can be enormous. This is why IOM has psychologists embedded in their patrolling teams on Yemen’s beaches. The deadly actions of the smugglers today bring the total number of presumed dead over the last two days close to 70. “