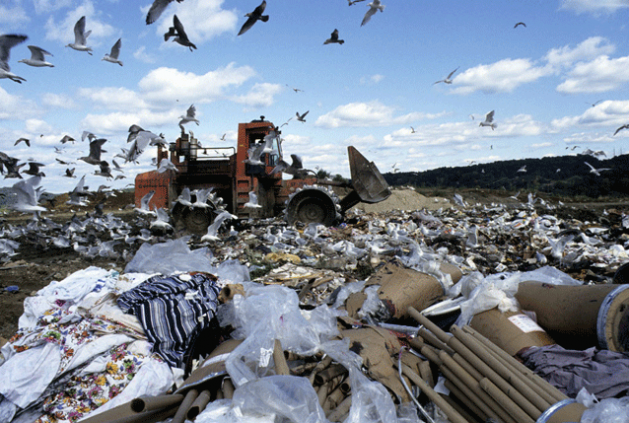 Birds scavenging for food amidst the debris at the landfill in Danbury, Connecticut in the United States. Credit: UN Photo/Evan Schneider

ROME, Nov 20 2017 (IPS) - Now that the lights of the UN climate change summit’s meeting rooms have been turned off in Bonn, after a week of intense negotiations and some partial results, another major environmental event is now scheduled in Nairobi, this time to search for ways to halt the world’s major killer – pollution.

The argument is clear: every part of the planet and every person is affected by pollution, “the world’s largest killer”, and while solutions are within reach, new policies, enhanced public and private sector leadership, redirected investments and massive funding are all “desperately” needed, a major UN report has warned.

The new UN Environment Programme (UNEP)’s 2017 Executive Director’s Report: Towards a Pollution-Free Planet, which was made public on 16 November by UNEP’s Executive Director Erik Solheim, analyses impacts on human health and ecosystems brought on by air, land, freshwater, marine, chemical and waste pollution.

Five key messages to advance towards the goal of a pollution-free planet:
1. Political leadership and partnerships at all levels, mobilising the industry and finance sectors;
2. Action on the worst pollutants and better enforcement of environmental laws;
3. Sustainable consumption and production, through improved resource efficiency and lifestyle changes, better waste prevention and management;
4. Investment in cleaner production and consumption to counter pollution, alongside increased funding for pollution monitoring and infrastructure to control pollution; and
5. Advocacy to inform and inspire people worldwide.

“None of us is now safe, so now all of us have to act, ” said Solheim while presenting the report to the UN Climate Change Conference in Bonn, Germany, 6-17 November, explaining that it provides a clearer picture than ever before of the scale of the pollution menace – and the scale of action that will be needed.

Ways to undertake such action are scheduled to be on the agenda of hundreds of governments, business sector and civil society representatives as well as scientists and experts, participating in the UN Environment Assembly – the world’s highest-level decision-making body on the environment – from 4-6 December in Nairobi.

According to the report, while everyone is affected by pollution, some are directly exposed by handling chemicals at work or by living in the 80% of cities whose air doesn’t meet UN health standards. Others are among the 3.5 billion people who rely on our polluted seas for food, or make up the 2 billion who still do not have access to clean toilets.

The new comprehensive assessment also highlights that nearly a quarter of all deaths worldwide – or 12.6 million people a year – are due to environmental causes. “The health effects are stark, with air pollution alone killing some 6.5 million annually, affecting mostly poor and vulnerable people.”

Meanwhile, ecosystems are also “greatly damaged” by coastal, wastewater and soil pollution, it warns, adding that the vast majority of the world’s wastewater is released “untreated”, affecting drinking water to 300 million people.

“The only answer to the question of how we can all survive on this one planet with our health and dignity intact is to radically change the way we produce, consume and live our lives,” said on this Ligia Noronha, one of the report’s coordinators. 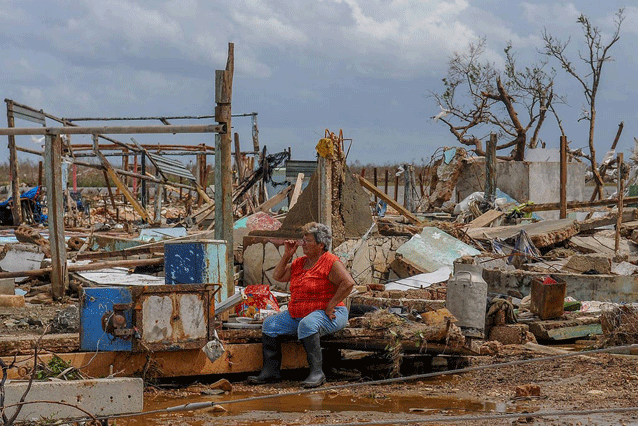 Hurricane Irma cut a path of devastation throughout the Caribbean, including in Punta Alegre, on the north coast of Ciego de Avila, Cuba. Credit: Jose M. Correa/UNDAC

Paris Is Not Enough

Just one week ahead of the Bonn climate conference, UNEP warned that pledges made under the Paris Climate Change Agreement are only “a third of what is required by 2030 to avoid the worst impacts of climate change.”

“One year after the Paris Agreement entered into force, we still find ourselves in a situation where we are not doing nearly enough to save hundreds of millions of people from a miserable future,” said the UNEP chief on 30 October.

The Paris accord, adopted in 2015 by 195 countries, seeks to limit global warming in this century to under 2 degrees Celsius above the pre-industrial level.

However, UNEP’s Emissions Gap Report warns that as things stand, “even full implementation of current national pledges makes a temperature rise of at least 3 degrees Celsius by 2100 very likely.”

“Should the United States follow through with its stated intention to leave the Paris accord in 2020, the picture could become even bleaker.”

The Emissions Gap Report says that adopting new technologies in key sectors, such as agriculture, buildings, energy, forestry, industry and transport, at investment of under 100 collars per tonne, could reduce emissions by up to 36 gigatonnes per year by 2030, more than sufficient to bridge the gap.

Meanwhile, other greenhouse gases, such as methane, are still rising, and a global economic growth spurt could easily put carbon dioxide emissions back on an upward trajectory.

On top of this, the UN weather agency on the same day, 30 October 2017, warned that the levels of carbon dioxide (C02) surged at “record-breaking speed” to new highs in 2016.

“We have never seen such big growth in one year as we have been seeing last year in carbon dioxide concentration,” said Taalas, underlining that it is time for governments to fulfil the pledges they made in Paris in 2015 to take steps to reduce global warming.

And Not At All in the Right Direction

Emphasising that the new figures reveal “we are not moving in the right direction at all,” he added that “in fact we are actually moving in the wrong direction when we think about the implementation of the Paris Agreement and this all demonstrates that there is some urgent need to raise the ambition level of climate mitigation, if we are serious with this 1.5 to 2C target of Paris Agreement.”

Population growth, intensified agricultural practices, increases in land use and deforestation, industrialisation and associated energy use from fossil fuel sources “have all contributed to increases in concentrations of greenhouse gases in the atmosphere since the industrial era, beginning in 1750.”

To put that into perspective, WMO says that before the industrial era, a CO2 change of 10 parts per million took between 100 and 200 years to happen.

“What we are doing now with the atmosphere is 10 to 20 times faster than ever been observed in the history of the planet,” Tarasova said. In fact, according to the WMO’s report, which covers all atmospheric emissions, CO2 concentrations are now 145 percent of pre-industrial levels.

After carbon dioxide, the second most important greenhouse gas is methane; its levels rose last year but slightly less than in 2014. Nitrous oxide is the third most warming gas; it increased slightly less last year than over the last decade.

Question: how many summits, reports, warnings, alerts, and scientific evidence are still needed for humans to halt this process of self-destruction?