Climate Change Summit a Step Further, Yes… But Where To? 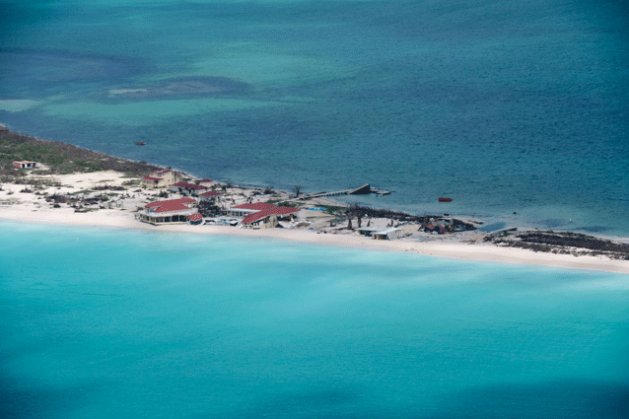 Scene from Codrington town in Barbuda during the Secretary-General’s visit to survey the damage caused by recent hurricanes. Credit: UN Photo/Rick Bajornas

ROME, Nov 6 2017 (IPS) - The UN Climate Change Summit in Bonn is a step further, most experts say. Fine, but towards what?

On the one hand, the organisers – the UN, Fiji and Germany – express strong hopes that it will speed up the implementation of the 2015 Paris Climate Change Agreement.

On the other, a giant contributor to global warming – the United States – decided to desert that milestone Agreement. Meanwhile, major European powers have been, again, prodigious in unmet promises.

The UN Climate Change Conference in Bonn is the next step for governments to implement the Paris Climate Change Agreement and accelerate the transformation to sustainable, resilient and climate-safe development, said Patricia Espinosa, Executive Secretary of the United Nations Framework Convention on Climate Change (UNFCCC) on this major event, in the former German capital, on 6-17 November 2017.

As such Convention, the Bonn-based UNFCCC is the parent treaty of the 1997 Kyoto Protocol and the ultimate objective of both treaties is to stabilise greenhouse gas concentrations in the atmosphere at a level that will prevent “dangerous human interference|” with the climate system.

The Paris Climate Change Agreement entered into force on November 2017 and the era of implementation has begun, reminds Espinosa, emphasising that the Bonn conference will further clarify the enabling frameworks that will make the agreement fully operational and the support needed for all nations to achieve their climate change goals.

“It is also an excellent example of the cooperation and collaboration between nations that will truly meet the global climate change challenge… This meeting is incredibly important.”

The conference –known as the signatory countries or Contracting Parties 23 session (COP 23)– is presided over by the government of Fiji with support by Germany. Prior to its opening, Espinosa encouraged governments, the private sector, and civil society organisations to be ready to work together to “accelerate implementation and take the crucial next steps towards transformative change.”

“We all have a role to play, and COP 23 will shine a light on both action underway and the many possible actions every individual and institution can take moving forward.” 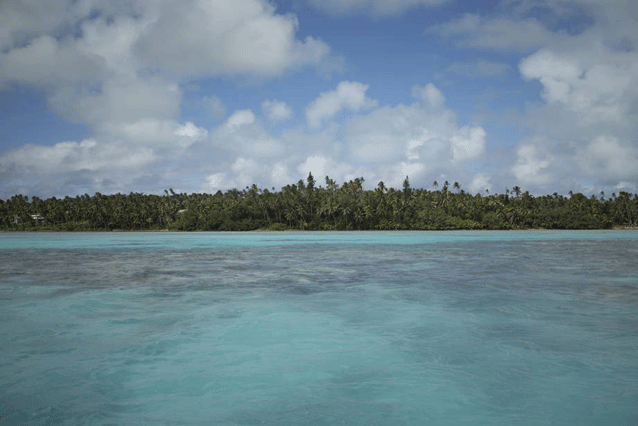 Although small island states contribute the least to climate change, they bear the brunt of its effects. Credit: FAO/Sue Price

The Polluters Do (Not) Pay Principle

This is on the one hand. On the other, the US administration announced that it would promote coal, natural gas, fossil oil and nuclear energy as an answer to the climate change challenge. And the US President Donald Trump spelled out in September this year his decision to withdraw from the Paris Climate Change Agreement.

In spite of this negative development, the UNFCCC executive secretary expressed optimism ahead of the last Group of the seven more industrialised powers (G 7)–The Web of Paris Cannot Be Broken by One Missing Link, she said on July 7.

The point is that is it is not about the US only. In fact, other major contributors to global warming and gas emissions, such as many European highly industrialised countries, have been heralding day after day their formal commitment to reduce gas emissions, expand the use of alternative sources of energy, and a long etcetera.

So far, major car-makers have been very active promoting the sale of vehicles moved by electric and, hybrid engines.

For now, China as a key source of pollution seems to be addressing the need to slow down the fast process of climate change in a serious manner.

Meantime, the grave impacts of climate change are visible on almost all fronts. See: Floods, Hurricanes, Droughts… When Climate Sets the Agenda

At the same time, the leaders of two top UN specialised organisations, have been warning that Climate change migration is reaching crisis proportions. See: Climate Migrants Might Reach One Billion by 2050

Another major UN organisation has recently explained the reasons of the massive displacement of people. See: The Roots of Exodus: Why Are People Compelled to Leave their Homes? 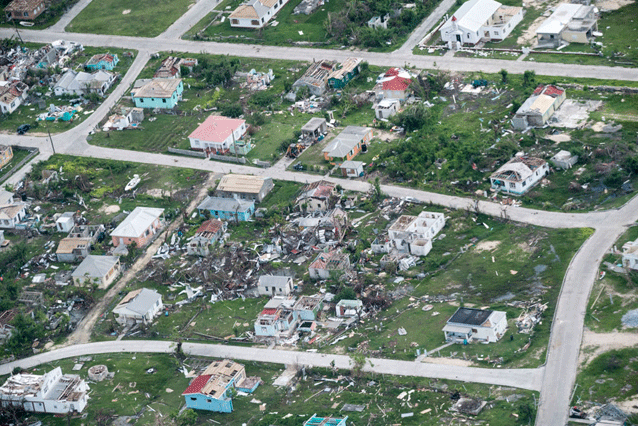 One key cause of the growing, dangerous impact of climate change is the prevailing economic model consisting of voracious depletion of natural resources in both production and consumption patterns has proved to be one of the world’s main killers due to the huge pollution it causes for air, land and soil, marine and freshwater. See: Pollution or How the ‘Take-Make-Dispose’ Economic Model Does Kill

And the United Nations Convention to Combat Desertification (UNCCD) has warned that pressures on global land resources are now greater than ever, as a rapidly increasing population coupled with rising levels of consumption is placing ever-larger demands on the world’s land-based natural capita. See: Alert: Nature, on the Verge of Bankruptcy.

On top of this and that, the United Nations weather agency announced on 30 October 2017 that the levels of carbon dioxide (C02) surged at “record-breaking speed” to new highs in 2016.

Petteri Taalas, Secretary-General of the World Meteorological Organization (WMO) issued this warning in Geneva, at the launch of the organisation’s Greenhouse Gas Bulletin.

A Common Cause, Really?

The UNFCCC explains that the Paris Agreement builds upon this Convention and – for the first time – brings all nations into a common cause to undertake ambitious efforts to combat climate change and adapt to its effects, with enhanced support to assist developing countries to do so. As such, it charts a new course in the global climate effort.

The Paris Agreement’s central aim –it reminds– is to strengthen the global response to the threat of climate change by keeping a global temperature rise this century well below 2 degrees Celsius above pre-industrial levels and to pursue efforts to limit the temperature increase even further to 1.5 degrees Celsius.

The central aim should definitely be to prevent the growing everyday human dramas such as the loss of food security and means of survival, the forced need to abandon their homes and families to face death and brutality at the hands of smugglers and human traffickers, to be exploited as “modern” slaves, and to prevent the world’s seas and oceans from being home to more plastic than fish.