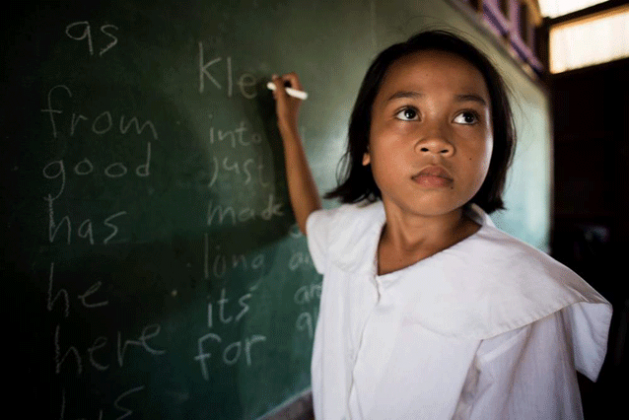 ROME, Oct 30 2017 (IPS) - Facts are facts, and one of them is that while everybody talks about the growing forced movement of people –be they migrants or refugees—decision-makers haven’t seriously acted on the root causes of why millions of humans are compelled to leave their homes.

There has been a surge in international migration in recent years, reaching a total of 244 million individuals in 2015. Forced displacement has also reached a record high, with 65.3 million individuals displaced worldwide by the end of 2015 – including refugees, internally displaced persons and asylum seekers.

These figures have been repeated agin and again by the leading world specialised bodies and experts. Most importantly: they have also been explaining the major reasons behind such an unprecedented exodus.

Over the last 18 months, some 20 countries have declared drought emergencies, forcing millions off their land, they added. “Often not for the first time and, for many, it may likely be the last time as they turn their backs on the countryside and try to make a life in urban slums and informal settlements.”

For at least the last two years, Glasser and Lacy Swing remind, we have seen more people forced from their homes by extreme weather events than by conflict — according to the Internal Displacement Monitoring Centre, over 40 million people have been internally displaced by floods, storms, and, in some cases, earthquakes, volcanic eruptions and landslides, in 2015 and 2016.

“And these numbers do not take into account the many people compelled to move every year as a result of slow-onset disasters, such as drought and environmental degradation. Nor do they factor in the millions affected by these disasters who are trapped and unable to flee their consequences.”

Migration flows can be heavily influenced by extreme weather, geophysical and hydrological events, they said. “Part of ensuring that people move as a matter of choice rather than necessity is to strengthen synergies between disaster risk reduction and climate change adaption, ensuring that both agendas take into consideration migration dimensions, including displacement risks.”

Meanwhile, two other United Nations specialised agencies – the Food and Agriculture Organization (FAO) and World Food Programme (WFP), have been focusing on other major causes why people are forced to abandon their homes and even countries.

It is recent 2017 report “At the root of exodus: Food security, conflict and international migration,” WFP says that though the initial driver of migration may differ across populations, countries and contexts, migrants tend to seek the same fundamental objective: to provide security and adequate living conditions for their families and themselves.

The study sought to answer some of the following questions: What is it that compels people to leave their homes? What role does food insecurity play in migration? Are these factors common across all international migrants, or do unique root causes spur specific migrant populations to move from their homes?

Whenever the term migrant is used in the report, it refers to all migrants, including refugees.

“Food insecurity was also shown as a significant determinant of the incidence and intensity of armed conflict.” And it was also found to be “a critical ‘push’ factor driving international migration, along with income inequality, population growth and the existence of established networks for migration.”

Further, the act of migration itself can cause food insecurity, given the lack of income opportunities and adverse travel conditions along the journey, in addition to the potentially crippling costs of transit, the report underlines.

“This has clear implications for policymakers who aim to stem the dangerous land and sea journeys many migrants are forced to make.”

The WFP study provides some examples. For instance, among migrants from Bangladesh and East and West Africa, food insecurity and resource constraints are key drivers for outward migration, whereas lack of safety and security were triggers for migration from Afghanistan and Syria, the study says.

Many Afghans and Syrians reported that sustained conflict had destroyed employment opportunities and access to markets, leading to a depletion of assets, adds the study. “Food insecurity is a consequential factor for migration from Afghanistan and Syria.”

For its part, the FAO states that migration should be a choice, not a necessity.

“International cooperation should address the structural drivers of large movements of people and create conditions that allow communities to live in peace and prosperity in their homelands.”

A world on the move: Refugees and Migrants. Credit: UN DESA

FAO underlines that agriculture and rural development can address the root causes of migration, including rural poverty, food insecurity, inequality, unemployment, lack of social protection as well as natural resource depletion due to environmental degradation and climate change.

Therefore, it stresses that investing in sustainable rural development, climate change adaptation and resilient rural livelihoods is an important part of the global response to the current migration challenge.

Working with governments, UN agencies, the private sector, civil society and local communities, FAO plays an important role in addressing the root causes of internal and international migration and displacement and in harnessing the developmental potential of migration, especially in terms of food security and poverty reduction.

The UN specialised agency also underlines that agricultural and rural development can contribute to address the root causes of migration and build the resilience of both displaced and host communities, laying the ground for long-term recovery.

For this, it works with relevant stakeholders to strengthen their capacities to provide viable livelihood opportunities in agriculture and rural areas in countries in protracted crises.

It also protects the right to food of all people on the move, while fostering their integration and strengthening the social and economic resilience of host communities.

In short: the causes of the growing massive displacement of human beings are well known. People are forced to leave their homes and families due to the flagrant lack of political wisdom and the capacity of decision-makers to address the roots instead of just complaining and alarming their societies. Do they really think that building walls and wire fences can stop climate change, food insecurity, poverty and conflicts?