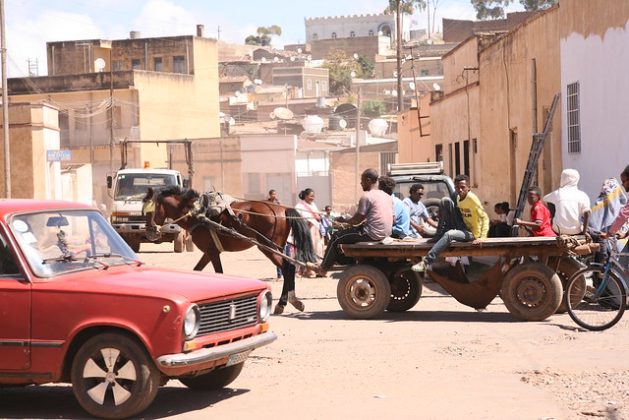 Losing a part of oneself: The difficult economic situation in Eritrea means that the roads of the capital Asmara are shared by battered old cars and donkey-drawn carts. Eritreans who leave the country often explain that no matter how opposed they might be to the government, their departures are accompanied by feelings of having betrayed the ideals for which previous generations fought. Eritrea gained its independence in 1993 after a 30-year-long war—Africa’s longest—against Ethiopia. Relentless fighting caused hundreds of thousands of deaths on both sides—about 120,000 Eritreans were injured or killed (with a similar number of Ethiopians killed) meaning that virtually every family in this tiny country had someone directly impacted by the war—and led to a million Eritreans leaving.Credit:Milena Belloni/IPS

ASMARA, Eritrea/ANTWERP, Belguim, Jun 21 2019 (IPS) - Most media narratives about Eritrea suggest an endless stream of young people fleeing the country, who couldn’t wait to escape. But the reality is far different and more nuanced—both when it comes to those who have left, and those who chose to remain. 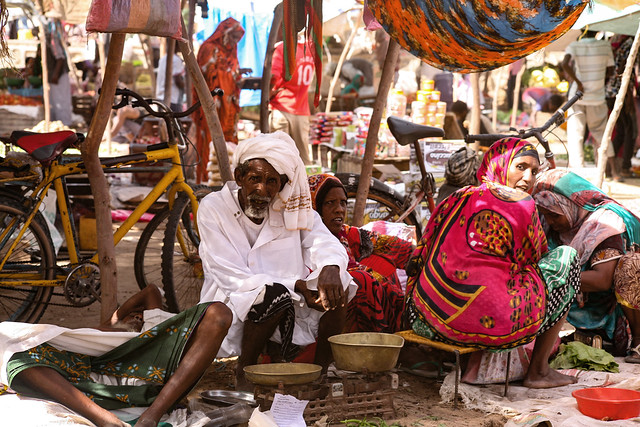 Colossal cost: The nearly three decades since independence have not been much easier for Eritreans who remained, with continuing conflict—including a terrible two-year border war with Ethiopia from 1998 to 2000—deprivation and lack of freedom becoming part of everyday life, set against a crippled economy. “There is a limit to the sacrifice that we can make for the country,” a young Eritrean in Asmara tells IPS. “My parents’ generation has died for this country, those who have survived live in deprived conditions, young generations are still in national service unable to choose for their own lives. There is a limit to everything.” Credit: Milena Belloni/IPS 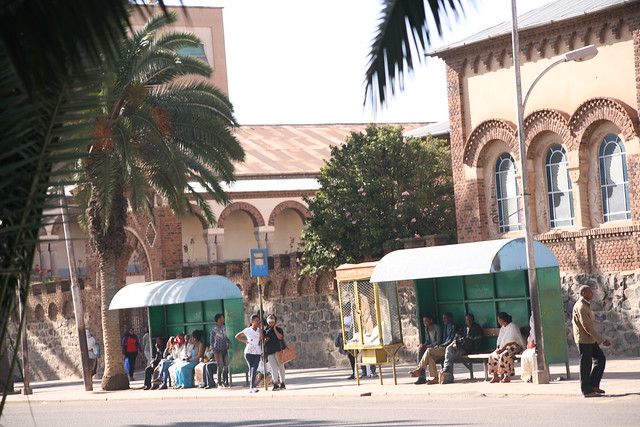 Wary diaspora: Previous years of strife mean that despite Asmara’s picturesque surroundings, when it comes to everyday practicalities, such as public transport, residents are left waiting for too few buses to service the city. Today, Eritrea’s population is about 5.2 million, while about 1.5 million or 1 in 5 Eritreans live around the globe, of whom about half a million live in refugee-like situations, according to the United Nations Refugee Agency. While last year’s peace agreement with Ethiopia—including the opening of the border for the first time in decades—has led to significant improvements in the region’s geopolitics, there has been no change in Eritrea’s political situation. Hence the diaspora continue to wait for President Isaias Afwerki to address internal affairs and the future of the country’s much-hated national service, which mandates that all citizens above 18 serve the state in different ministries or in the military for tiny salaries. Originally implemented in 1995, the conscription was meant to last 18 months. However, since the 1998 border conflict, national service became unlimited.Credit: Milena Belloni/IPS 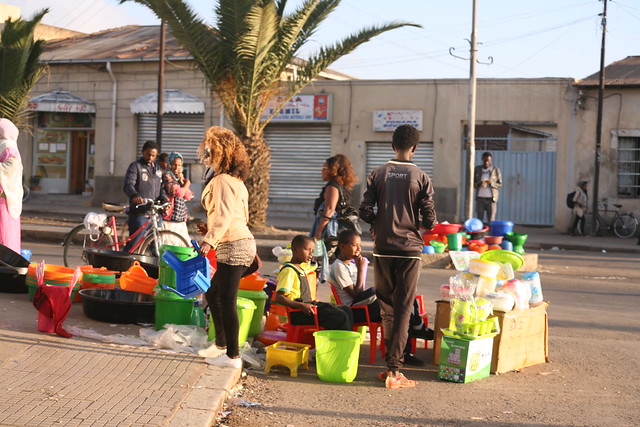 Learning the hard way: Street-side huskers selling their wares on the streets of Asmara. Tanja Müller from the University of Manchester’s Global Development Institute explains that before the border war with Ethiopia, many qualified diaspora Eritreans from all walks of life and professions chose to return to the country. “Often they incurred financial or other losses and became disillusioned by the conduct of the war and its aftermath, turning from enthusiastic patriots to concerned citizens whose concerns were not in any way engaged with,” Müller says. It’s easier for older members of the diaspora to return—having left when Eritrea was still part of Ethiopia and therefore are not viewed as disloyal by the Eritrean government. But those who have left since the 1998 border war face more risks in doing so. Credit: Milena Belloni/IPS 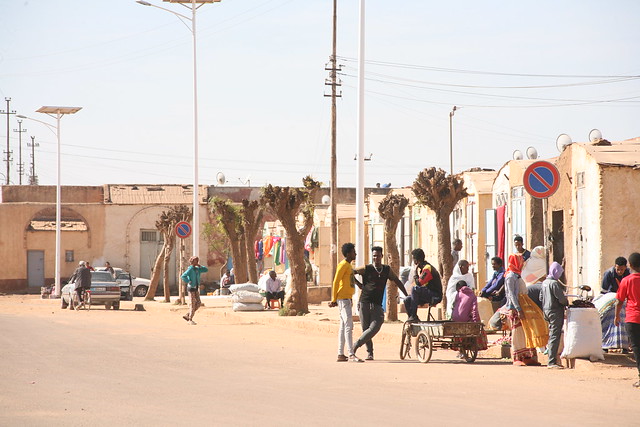 Government assurances not enough: Young men often hang around Asmara’s streets with few opportunities to find meaningful work. “We accept the reality of migration, we understood how difficult it was for them to live in a country that was held in a limbo by foreign powers,” says a leading government representative who spoke on the condition of anonymity. But such statements often appear at odds with the evidence of a regime that often treats migration punitively. Hence most diaspora choose to remain abroad until a clearer tangible sign of change by the government, while those who have the resources to travel choose to reunite with families in the less risky environment of neighbouring Ethiopia.Credit: Milena Belloni/IPS 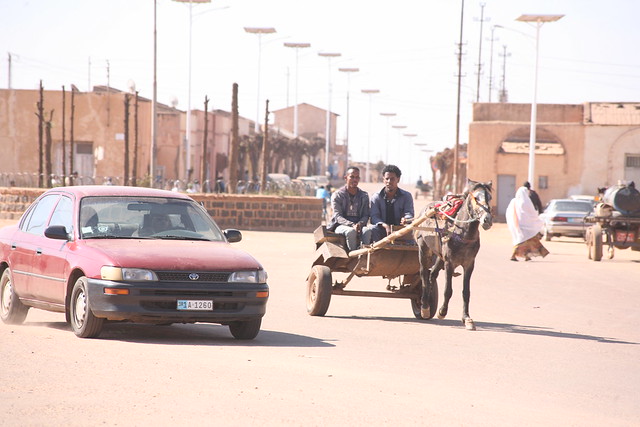 Remittances and resentment: While the diaspora maintains a strong link with families back home, especially through remittances—some estimate that about 30 percent of Eritrea’s gross domestic product is derived from money sent back to the country—stories of resentment towards family members in the diaspora are common in Eritrea. Some families remain in debt after paying for the journeys of those who left, while those abroad are seldom able to send enough money to satisfy their relatives’ desire for a substantial lifestyle change. But the fact remains that everyday survival for most Eritreans depends on remittances because of low public salaries and the high cost of living, especially over the last decade.Credit: Milena Belloni/IPS 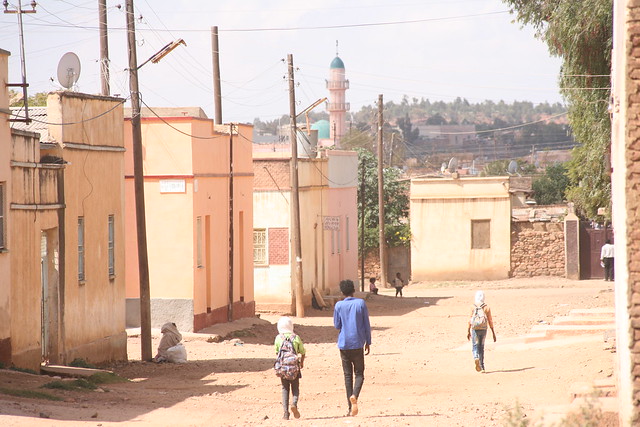 Negative view of migration: State propaganda has been portraying migration negatively. The post-border war situation with Ethiopia meant Eritrea remained on a war footing, meaning emigration, especially that of young people, was not allowed. At the same time, much public discourse defined emigration as unpatriotic behaviour, and as selfish and destructive conduct, with no positive effect on the country and its people. But the lack of change and progress seen in Eritrea is causing some of those who have stayed to doubt their previous beliefs.Credit: Milena Belloni/IPS 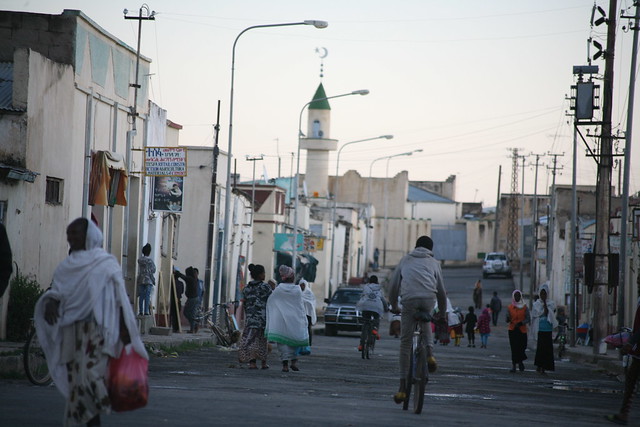 Relentless passage of time: “I would have never believed if someone 10 years ago told me that I was still going to be here,” 26-year-old Jordanos* tells IPS, while sitting together in front of Adi Kaye Higher College, where she works as a university assistant. “You know how it goes, they give you something to do, they send you here and there and you don’t realise that time is passing by and that you have obtained nothing.” She explained she felt stuck with little educational and professional prospects. She is hoping to gain a legal way out of the country because having a passport can make life much easier abroad. Also, she did not want all her years of service for the country to be wasted—she wanted to leave as a patriotic citizen, she says, not as someone who escaped her duty.Credit: Milena Belloni/IPS 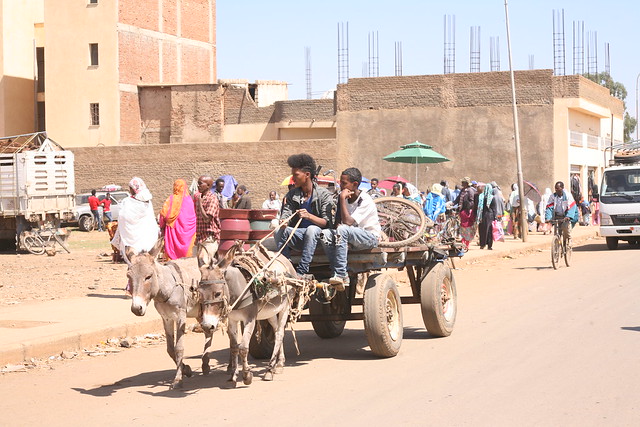 Eritrea will always be home: Even if migration remains a common desire for many young Eritreans, explaining they want to see the world and pursue further education to make money to help their families, at the same time most discuss it as a temporary solution. They emphasise that Eritrea is their home and they want to return eventually. “I cannot see myself living abroad forever,” says Jordanos. “I will build a house in my father’s land. By then the village will be a city with schools, and good services.” Credit: Milena Belloni/IPS 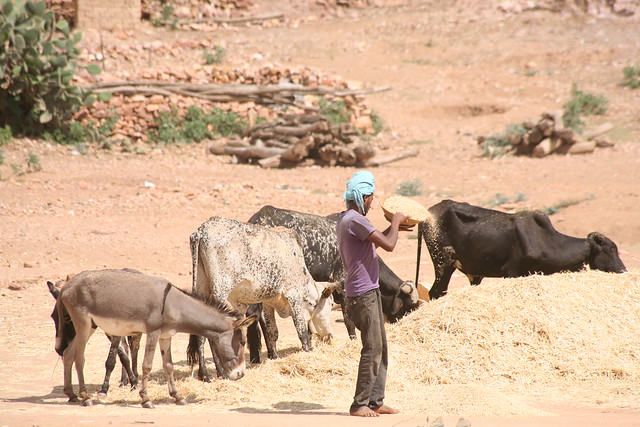 Diaspora potential lost:About 80 percent of Eritrea’s population depends on agriculture for their livelihoods, with many scarping through as subsistence farmers. Most commentators on Eritrea argue that by maintaining a punitive approach to those who escaped in the last 20 years, the Eritrean government is wasting an opportunity to harness the huge size of the diaspora and its potential to direct important human and economic capital back to the country. Eritrea, the experts say, has much to gain from embracing a more liberal emigration policy and promoting circular migration. They also note that while the past strict emigration policy has had little effect on the outflow of young people from the country, it has impacted on their chances to go back for regular visits and to reinvest back home, leading, as a result, to more impoverishment and hence more emigration. Credit: Milena Belloni/IPS 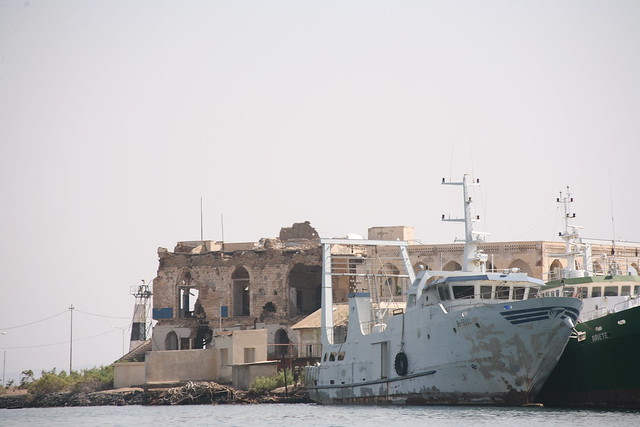 Deep rooted problems must be addressed: Old boats and decrepit buildings at the port city of Massawa that many hope could be revitalised by new trade with Ethiopia. But the hope and jubilation that accompanied the opening of the Eritrea-Ethiopia border last year is already receding. Recently all the reopened border crossing points between Ethiopia and Eritrea were closed without official explanation. While most observers say this is likely a temporary measure while the two governments sort out trade and visa regulations, many also express serious doubts about what can be achieved while the Eritrean government maintains the same authoritarian stance. “Diaspora investment is also not the Holy Grail it is often made out to be,” Müller says. “[The problem] is about much more than emigration policy, it is the capture of the economy by the Eritrean government that hinders diaspora contributions, but also fear.”Credit: Milena Belloni/IPS