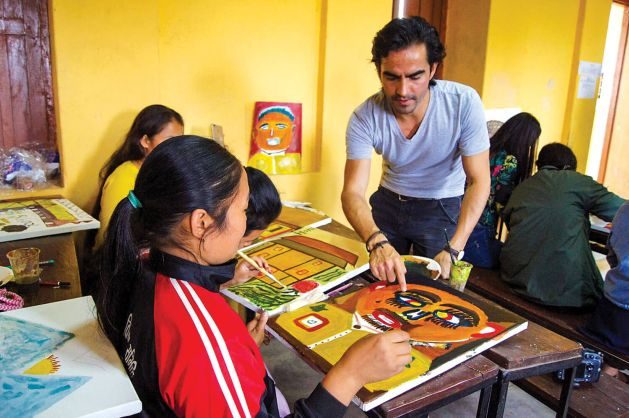 Oct 29 2019 (IPS) - Children sit in a circle experimenting with different colours on palettes at a shelter in Godavari one morning this week. Some design flowers in bright colours, others draw homes nestled below mountains. Many of the children are survivors of rape or domestic violence, from rural parts of Nepal. The one thing they have in common is mental trauma.

For Colombian painter Dairo Vargas (pictured with students of Kitini College) who is coaching these and other Nepali children, the situation is very familiar to that of his own country. Vargas himself suffered depression as a teenager, and believes art can be a great healer in a country wracked by war.

“Traumatised people often cannot express their suffering to other people, and art is a space where they can free themselves. Completing a piece of art also helps the brain make connections, and gives a sense of achievement and confidence.”

“When I was depressed, I could not focus on anything. But when I start painting, I am able to concentrate on what I am creating. That gives me a sense of calm, and slowly helped me overcome depression,” says Vargas, who now helps others like him around the world.

Nepal and Colombia share the common burden of war trauma — people in both countries today struggle with the violence of their past, and seek closure. Nepal signed a peace accord with the Maoists in 2006, and Colombia made peace with the FARC rebel group 10 years later, ending a conflict that killed over 220,000 people and displaced 7 million.

While many victims and their families have received compensation for physical wounds or loss in Nepal, mental trauma has been largely ignored. Likewise, various studies indicate that up to 40% of the population in Colombia suffer from mental illness at some point, and lifetime prevalence may be up to 20%. There too, the Ministry of Health has recognised that the issue is under-reported and inadequately addressed.

Vargas works with former FARC guerrillas and others in Colombia who suffer post-traumatic stress, but finds it hard.

“Of course the guerrillas have many mental health issues, but they are not happy to do anything about it at the moment. Also, they have made so many enemies in society that reintegrating them is very difficult,” he says.

Vargas is attempting to bring his own experience in Colombia to fill this gap in Nepal. His mission is to spread awareness about mental illness, and make painting more accessible to traumatised people through his movement #TheArtListens. He is using the technique with children at a shelter for rescued children in Godavari, where they paint, sketch and draw. 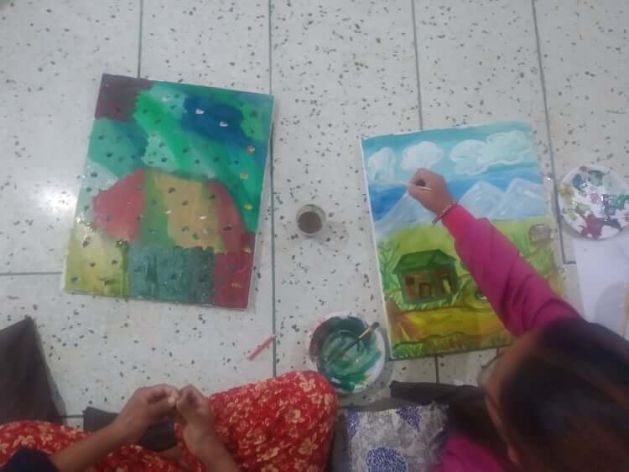 As in Colombia, mental health is still a stigma in Nepal, especially for families of the disappeared, children who witnessed violence and victims of war rape.

These survivors rarely seek help, even though a 2012 study showed 80% of conflict-affected people suffer anxiety and depression, 50% have PTSD (post-traumatic stress disorder), and former child soldiers are far more likely (45-50%) to suffer from these symptoms than children never conscripted (20-37%). Social reintegration continues to be a challenge, and many former combatants and relatives suffer stigma.

Suraj Koirala of TPO (Transcultural Psychosocial Organisation) has surveyed and counselled many conflict-affected Nepalis, and says the most common problems are depression, anxiety and PTSD.

“Children and women have suffered the most, and it is prolonged for victims of sexual abuse and family members of the disappeared,” says Koirala.

One of them is Bhagiram Chaudhary of the Conflict Victims’ Common Platform, whose brother and sister-in-law were disappeared during the conflict but who has never sought counselling or therapy.

“If I see anyone who looks like my brother, I still take a second look, wondering if it is him,” he says. “We are unable to perform his last rites, because we don’t know if he is still out there. Not having closure means that we are still undecided about how to take our life forward.”

Gita Rasaili of the Conflict Victims’ National Network was 13 when she saw soldiers taking away her sister. Her family later found the decomposed remains of her body. After that, Rasaili’s mother used to faint often and was unable to perform household chores. After years of therapy, she did get better. 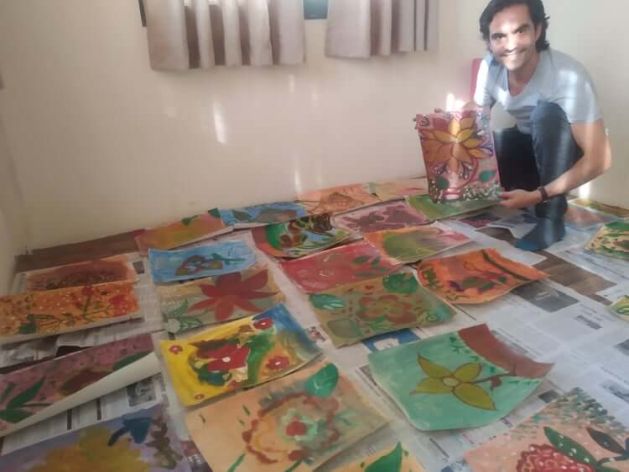 “There are many war victims like me who suffer from mental health crises, but we do not recognise it and never seek help,” says Rasaili. “If you go to a mental hospital people think you are mad. A lot more needs to be done for the nation to heal.”

Like Rasaili, other war survivors suffer from symptoms like lack of sleep and concentration, inability to focus, disruptive memories and depression. The bigger concern is that these problems could transcend generations.

“If parents are unable to deal with trauma and express their mental state in unhealthy ways, their children could be impacted as well,” says Koirala of TPO. “Social reintegration is already difficult for combatants, and this could create another generation of outcasts.”

As in Colombia, some victims of the conflict and the 2015 earthquake in Nepal have found ways to express themselves through art. Rasaili keeps a journal, saying it helps her find relief from stress, and she knows others who paint and sketch. But they all found these outlets through personal effort — there is no systematic approach to artistic therapy in Nepal.

Says Vargas: “Traumatised people often cannot express their suffering to other people, and art is a space where they can free themselves. Completing a piece of art also helps the brain make connections, and gives a sense of achievement and confidence.”