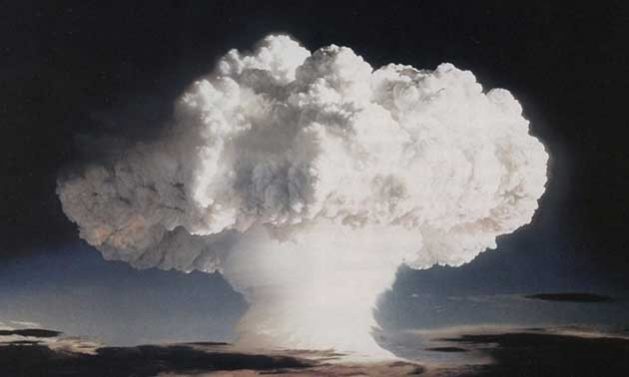 UNITED NATIONS, Jun 16 2020 (IPS) - The world’s stockpile of nuclear weapons—estimated at over 13,400 at the beginning of 2020 – have a least one thing in common with humans: they are “retired” when they reach old age.

The 2020 Yearbook, released by the Stockholm International Peace Research Institute (SIPRI), says there was a decrease in the number of nuclear weapons worldwide in 2019.

And this was largely due to the dismantlement of “retired nuclear weapons” by Russia and the US—which together possess over 90 per cent of global nuclear weapons.

The world’s nine nuclear-armed states—the US, Russia, the UK, France, China, India, Pakistan, Israel and the Democratic People’s Republic of Korea (North Korea)—together possessed an estimated 13,400 nuclear weapons at the beginning of 2020.

This is a decrease of about 465 nuclear weapons—mostly dismantled– from the stockpile of 13,865 the nine states possessed at the beginning of 2019, according to the SIPRI Yearbook released June 15.

But what happens to these “retired” weapons?

Dr M. V. Ramana, Professor and Simons Chair in Disarmament, Global and Human Security and Director, Liu Institute for Global Issues at the School of Public Policy and Global Affairs at University of British Columbia, told IPS: “We do know a fair amount about how the US deals with retired nuclear weapons, namely those weapons that are no longer part of the active operational arsenal, or the hedge (extra weapons, just in case), the strategic reserve, and so on.”

They are sent to the Pantex plant in Texas where the fissile pits are removed from weapons, said Dr Ramana, author of The Power of Promise: Examining Nuclear Energy in India. 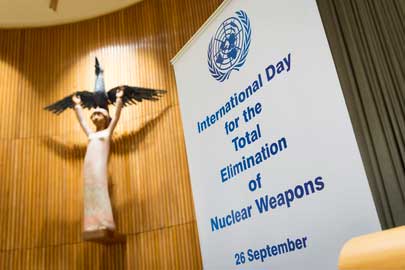 Robert Kelley, a Distinguished Associate Fellow at SIPRI and a veteran of over 35 years in the US Department of Energy nuclear weapons complex, told IPS “You might try to make a distinction between “retirement” and “dismantlement.”

Weapons are really retired when there is no longer a military mission for them. That will happen when the delivery systems become obsolete, and is longer available. Or the mission disappears, he said.

An easy one, he said, is nuclear artillery shells. The US gave up on those in about the 1980s. So, there are no more “nuclear cannons.”

“Saner people started to realize that having a bunch of tactical nuclear shells that could be launched by low level military units was pretty stupid.”

“Many tactical weapons like that were retired but could conceivably come back. Once retired they would go into bunkers at the Pantex Plant in Amarillo Texas and await being dismantled — taken apart and pieces recycled,” said Kelley, who managed the centrifuge and plutonium metallurgy programs at Lawrence Livermore National Laboratory.

In some cases, he pointed out, this is technically hard to do and the rate of dismantlement may only be a few weapons per year. The total backlog of all kinds is probably thousands in the US.

“The Brits had only two systems left in the 1980s — one bomb and submarine launched nuclear warheads. They gave up the mission for the bombs so they were retired and it was a years-long process to take them apart at Burghfield near Reading, UK”.

Meanwhile, SIPRI points out that around 3,720 of the nuclear weapons are currently deployed with operational forces and nearly 1,800 of these are kept in a state of high operational alert

A key finding is that despite an overall decrease in the number of nuclear warheads in 2019, all nuclear weapon-possessing states continue to modernize their nuclear arsenals. And the outlook for arms control is “bleak.”

Daryl G. Kimball, Executive Director at the Washington-based Arms Control Association (ACA), told IPS it is no surprise that SIPRI is reporting that the nuclear arms control outlook is bleak.

“We have been warning of the dangers of an unconstrained global nuclear arms race for quite some time. As global leaders appropriately focus on the steps necessary to deal with the deadly effects of the coronavirus pandemic, they cannot afford to lose sight of the actions necessary to address the ongoing threat of nuclear proliferation and catastrophic nuclear war—the ultimate pandemic”

He argued that tensions among the world’s nuclear-armed states are rising; the risk of nuclear use is growing; hundreds of billions of dollars are being spent to replace and upgrade the already bloated arsenals of the world’s nine possessors of nuclear weapons; and key agreements that have kept nuclear competition in check are in serious jeopardy.

“We are on the verge of an unprecedented global nuclear arms race. The resurgence of the nuclear weapons threat is due, in large part, to the failure of national leaders to seize earlier opportunities to significantly reduce the nuclear threat and to pursue a more intensive dialogue on measures to move toward the common goal of a world without nuclear weapons”.

Kimball said the failure of the United States just to agree to extend the only remaining treaty regulating the world’s two largest arsenals — the 2010 New Strategic Arms Reduction Treaty — before its 2021 expiration date is but one example.

“This dire situation requires new and bolder leadership from responsible states. They must work together to build majority support for a plan of action that calls for specific, concrete steps that would fulfill their legal and political commitments on to end the arms race and pursue nuclear disarmament, beginning now,” declared Kimball.

Kelley said modern strategic nuclear packages are highly integrated with the delivery system. The size, weight, shape, mounting bolts are designed at the same time as the military delivery system.

If an old ICBM, for example, is retired, the nuclear explosive becomes obsolete. So, it is retired, and there is very little one can do with it while it awaits dismantlement. The older systems are generally not interchangeable with something new so they really are obsolete.

“In terms of recycling, are you aware that the major weapons states have a huge glut of highly enriched uranium and plutonium?,” he asked

Under the Megatons to Megawatts program, the Russians retired hundreds of nuclear warheads and sold the diluted HEU to the US to burn in power reactors. Something like 10% of the electricity in the US is produced by burning uranium that came from Russian thermonuclear warheads, Kelley said.

There is a similar story for plutonium but it is longer and gets complicated.

“Are you aware that thousands of warheads designed for US service missions are awaiting retirement because there is no mission?”, asked Kelley.