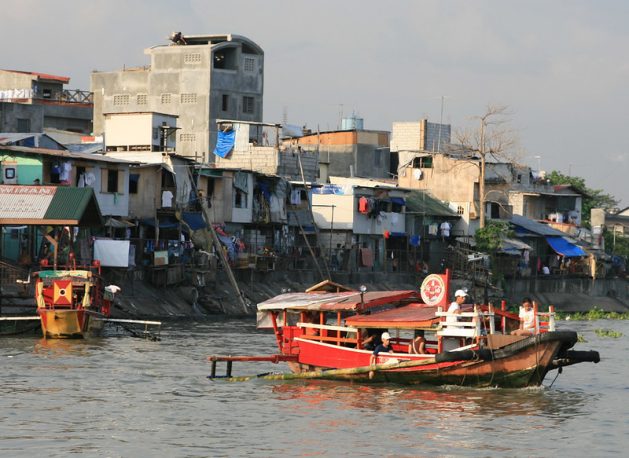 A boat on Pasig River in the Philippines. The Philippines has the highest mortality rate from the coronavirus in Southeast Asia. Credit:Kara Santos/IPS

UNITED NATIONS, Jul 31 2020 (IPS) - Southeast Asia’s response to the coronavirus pandemic has been efficient, but some areas such as data privacy, measures to go back to normalcy after lockdown is lifted, and resources for migrant or transient populations will need addressing.

United Nations Secretary-General António Guterres said while the pandemic has introduced new challenges in the region, including threats to peace and security, “containment measures have spared Southeast Asia the degree of suffering and upheaval seen elsewhere”.

Speaking at the launch of a U.N. policy brief exploring the impact of COVID-19 in Southeast Asia on Thursday, Jul. 30, Guterres lauded the efficient methods adapted by leaders in the region, while highlighting the ways in which the region has fallen short in its response to the pandemic.

“Already, hate speech has increased and political processes have stalled, leaving several long-running conflicts to stagnate and fester,” Guterres said during a video call marking the launch. He noted that while governments in Southeast Asia had supported his appeal for a global ceasefire, the region had much work to do, “but has formidable capacities at its disposal”.

As in most regions, COVID-19 has affected the most vulnerable communities and worsened pre-existing concerns. In Southeast Asia, the report identified some of the most pressing issues: weak healthcare systems, conflict in areas such as Myanmar, as well as the plight of migrant workers.

The Asia and Pacific region hosts about 20 percent of the world’s 163.8 million migrant workers globally, according to a 2017 report by the International Labour Organisation.

The U.N. policy brief raises alarms that migrant and transient workers in some Southeast Asian countries have been left out of the host country’s pandemic response. For many migrant workers, living in close quarters leaves them little option to maintain social distancing or other protective measures. With concerns over the spread of the virus, some governments have also capitalised on this fear to deny entry to asylum seekers, according to the U.N. brief.

“Non-nationals are at particular risk of exclusion from public health responses due to legal or practical barriers. This creates a systemic vulnerability for disease control in the subregion,” the brief notes.

The pandemic, as in all other regions, is disproportionately affecting women, in part because of limited access to sexual and reproductive health services as well as due to increased hours of domestic labour — the burden of which falls on women in the region. This is especially prevalent in the Philippines and Thailand, says the policy brief, claiming that women in these countries “are more likely to face increased unpaid domestic and unpaid care work because of COVID-19, exacerbating mental and emotional health concerns”.

Meanwhile, illegal drug smuggling has not decreased in the region despite the pandemic and the subsequent lockdown, while human smuggling has actually increased at the Bay of Bengal, the policy brief claims.

The pandemic response, while prompt, was further exacerbated by an already weak healthcare system in the region.

“More than half of the subregion’s countries are vulnerable because of weak health systems, including Myanmar, Cambodia, Indonesia, Lao PDR, the Philippines and Timor Leste,” says the brief. This, added with other social issues; such as temporarily stopping measles vaccination campaigns in the Philippines, as well as other limited humanitarian assistance due to the lockdown, has only added to the layers of the crisis.

Challenges brought upon by measures

There are also concerns raised by the measures introduced by governments in the region to contain the virus.

“Vaguely worded provisions without necessary safeguards and limitations have the potential to restrict the rights to information, privacy, and freedom of movement, expression, association, peaceful assembly and asylum,” the policy brief claims.

At the core of these concerns is the issue of personal freedom, and experts are already raising alarms that some of the responses have the hallmarks of authoritarianism.

A June analysis by the United States Institute of Peace (USIP) claims there are concerns of Southeast Asian countries inching towards authoritarianism as governments use the pandemic as an excuse to enforce strict measures and to attack opponents.

The analysis also points out some might be associating the success of containing the virus with authoritarian ruling.

“There is a perception that authoritarian regimes in Southeast Asia have better managed the pandemic than the region’s democracies, a narrative buoyed by China’s diplomatic efforts to propagate its own accomplishments despite even greater success stories in South Korea and Taiwan,” says the analysis.

Despite some of the challenges, the countries within the region have supported each other. According to CSIS, many of the Southeast Asian countries have exchanged, provided and accepted donations from and to each other. China has faced criticism from countries outside the region for attempts to start a “mask diplomacy” which caused countries in Europe to be cynical of her donation offers, but her neighbours accepted them.

The Chinese government, as well as private entities such as Alibaba and Jack Ma foundations, has provided neighbouring countries between 75,000 to two million masks, among other services such as test kits, according to CSIS.

The Secretary-General applauded the regional cooperation during this time of crisis.