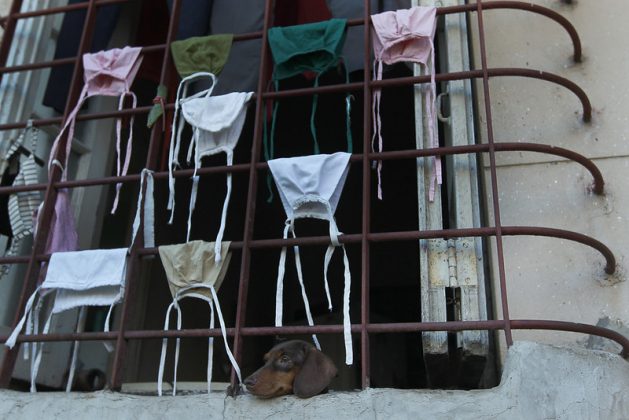 UNITED NATIONS, Sep 17 2020 (IPS) - Key focuses of the upcoming 75th session of the United Nations General Assembly (UNGA) High Level Week will be the accessibility of vaccines and a renewed plea for a global ceasefire. “I will make a strong appeal to the international community to mobilise all efforts for the global ceasefire to become a reality by the end of the year,” U.N. Secretary-General António Guterres said on Wednesday.

At the briefing, where he discussed the issues the UNGA will address, he also announced the launch of a report on how the U.N. has responded to the current pandemic. It details three approaches the U.N. has taken to address the crisis: a health response, a focus on safeguarding lives and livelihoods, and a transformative recovery process that aims to address the “underlying fragilities and identifying opportunities for transformative change towards more just, equal and resilient societies and economies”.

In an interview with U.N. News on Sept. 15 Guterres called for a COVID-19 vaccine to be made available to everyone.

“To think that we can preserve the rich people, and let the poor people suffer, is a stupid mistake,” he said.

The report calls for the “most massive public health effort in history” — a move that is made possible by a global collaboration between countries putting together the Access to COVID-19 Tools (ACT) Accelerator.

The ACT-Accelerator, which the Secretary-General also mentioned in his speech, has been designed to accelerate the development, production and proper access to tests, treatments as well as vaccines, according to the report. The ACT-Accelerator employs different stakeholders such as governments, those in the field of science and health, and civil society members among others.

Guterres further reiterated that while it’s important to keep driving towards a vaccine, it’s crucial to keep other factors in mind when discussing a vaccine.

“A vaccine alone cannot solve this crisis; certainly not in the near term,” he said.

“We need a vaccine to be affordable and available to all – a people’s vaccine,” Guterres added later. “That means a quantum leap in funding for the ACT-Accelerator and its COVAX Facility.”

“For any vaccine to work, people across the globe need to be willing to take it.”

He warned against the rapid rise in misinformation campaigns about vaccines, leading to “vaccine hesitancy and igniting wild conspiracy theories”.

This concern is also highlighted in the report, which introduces the U.N.’s “Verified” project, an initiative to “share clear, compelling content, and fight lies with fact-based advice and solutions”. With the work of more than 18,000 people battling misinformation, the initiative has reached 400 million people, according to the report.

The report also showed a glaring difference in the budget required to address the current crisis against the resources raised.

For a “Strategic Preparedness and Response Plan”, which prioritises addressing immediate health needs, there is a need for $1.74 billion, but so far $1.44 billion has been raised.

For the Global Humanitarian Response Plan, which focuses on 63 highly vulnerable countries, the requirement is $10.31 billion, but only $2.48 billion has been raised.

For responses to the socio-economic response and recovery in middle- and lower-income countries, the “U.N. COVID-19 Response and Recovery Fund”, the required amount is $1 billion, and the amount raised is $58 million.

Meanwhile, Guterres also highlighted other issues the world is reeling from at the moment and put a light on how these issues are all interlinked in different ways: such as climate change, gender inequality. He added that the world’s recovery from this crisis should address all of these issues.

“Recovery must be green. Subsidising fossil fuels and bailing out polluting industries means locking in bad patterns for decades to come,” he said. “Recovery must advance gender equality. And recovery requires effective multilateralism.”