Cameron Diver is the Deputy Director-General of the Pacific Community (SPC). 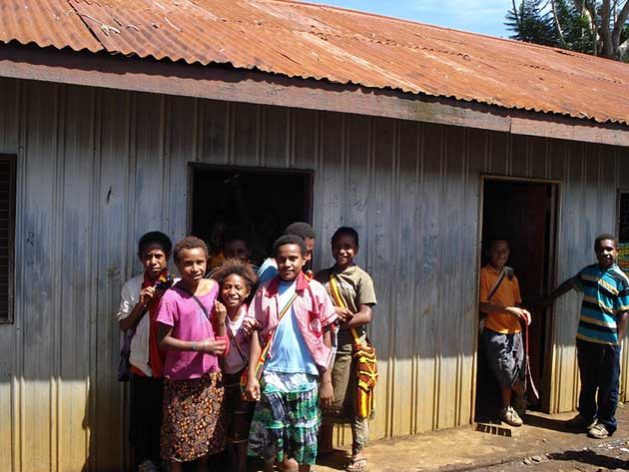 NEW CALEDONIA, Dec 9 2020 (IPS) - Climate change and human rights are two key issues in international development and their interaction is increasingly in need of focus at national, regional and international levels. In the Pacific, where the 22 Pacific Island countries and territories are on the front line of both climate ambition and the ongoing effects of the climate crisis, climate change is recognised as the region’s single greatest threat. Urgent climate action is consistently called upon to protect the interests of youth and the most vulnerable populations, together with preserving the ‘shared needs and interests, potential and survival of our Blue Pacific and this great Blue Planet’.

At the Foreign Ministers’ Meeting of the Pacific Islands Forum in October 2020, member countries endorsed the proposal to seek the appointment of a Special Rapporteur on Human Rights and Climate Change by the June 2021 session of the UN Human Rights Council.

Small island developing states, including many members of the Pacific Community, are particularly vulnerable to the effects of climate change due to their reliance on the ocean for resources, transportation and livelihoods. Shifts in biodiversity distribution as a result of climate change can have a devastating impact on coastal communities who are unable to adapt their way of living to compensate for the diminished resources and opportunities. For atoll nations, where thousands of people live on land that rises to a maximum of four metres above sea level, a rising ocean threatens their very existence. In this context, climate change has a profound impact on a wide variety of human rights, including the rights to life, self-determination, development, food, health, water, sanitation and housing, while also disproportionately affecting already marginalised groups. It is then, no surprise that the first intergovernmental statement to explicitly recognise that ‘climate change has clear and immediate implications for the full enjoyment of human rights’ was adopted in a small island developing state, the Seychelles, in 2007. However, there is currently no specific legal right to seek refuge in another country due to climate change-induced displacement. International instruments, such as the UN Refugee Convention, apply generally to groups facing persecution from State or non-State actors but have not yet been legally extended to cover situations where people are seeking refuge in another country due to the onslaught of climate change. And while there is soft law reflecting human rights principles that can guide protection in this area for internal migration, such as the 1998 Guiding Principles on Internal Displacement, and a considerable amount of work on potential legal solutions, the question is, given the current reality and projections around climate migration, if the law alone is sufficient to address the multifaceted nature of these issues.

The interface between climate change, human rights and migration would appear to require an integrated approach taking into account, among others, political, social, cultural, environmental and legal aspects. In the context of the climate crisis, it requires a whole-of-society approach, together with strong international cooperation, to identify and implement solutions that protect the rights of all persons, regardless of nationality. For both displaced populations and those that welcome them, these solutions will need to anticipate preservation of rights such as those related to culture, identity, freedom of religion, access to employment, land and resources, or self-determination. Should island countries become uninhabitable, they will need to anticipate the extreme hypothesis of a State in climate-enforced exile and the complex ramifications for sovereignty, nationhood and issues such as sovereign rights over land-based and marine natural resources.

Due to their particular vulnerability to global warming, Pacific Island countries and territories are regarded by some as ‘a barometer for the early impacts of climate change’, with studies projecting that between 665,000 and 1.7 million individuals could be displaced due to the ongoing effects of climate change by 2050. In other words, this many people in the Pacific Islands alone, through no fault of their own, may be driven from their ancestral homes, their sacred places, the land and oceanscapes to which they are so deeply bound and of which they are the traditional custodians.

While developing legal frameworks to recognise the status and protect the rights of those individuals remains essential, it should not be seen as the panacea. In reality, there must be a global understanding of the fact that greater mitigation and adaptation efforts are not only critical to stem the tide of biodiversity loss, keep global warming under 1.5°C, or improve the health of the ocean. They will also very directly enable populations in the Pacific region, small island developing states around the globe and many others to remain on their islands, on their land, in their homes and with their families. Personally, I can think of no better way to respect and protect their human rights, cultures, identities and sovereignty.