LETHBRIDGE, Canada, Jan 5 2021 (IPS) - Most people around the world were glad to see the back of 2020: From the devastating bushfires in Australia to the plagues of locusts through East Africa stretching across Arabia to Pakistan, extreme weather, melting ice sheets at the poles, and Covid-19 that still engulfs the globe. 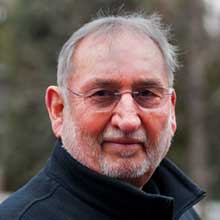 But 2021 threatens to be even worse than 2020: The economic impact of lockdowns, inward-looking, wall-building governments with self-interest trumping internationally agreed values. And then to quote David Beasley, Executive Director of the World Food Programme: “We could be facing multiple famines of Biblical proportions” and “We’re on the Titanic and the iceberg is ahead”. He was referring, of course, to the world’s hotspots in Africa and Asia. But like the pandemic, we’re all in this together. No one is safe till everybody’s safe. We live in a totally interdependent world.

But how prepared is the world for the year ahead? Not very well, is the short answer. The change of the Administration in the U.S. will not close the gaping hole it has torn in world order. Despite a last-minute Brexit trade deal, Europe is still unravelling. Russia is no longer a major actor on the international stage. But China marches on relentlessly, implementing its traditionally long-term plans.

And what of the United Nations: the UN Charter to which nations subscribed after World War II to preserve peace, as well as the organizations they created to make the world a better place for all? Don’t expect any change from recent years in the Security Council, the UN’s principal organ to prevent war and armed conflict. Governments are preoccupied with domestic issues. 2021 is not the time they will want to see a shift in world order, nor start tackling the fundamental change required to bring that about.

On the humanitarian front, the Norwegian Nobel Committee seemed to be pushing the envelope in awarding its 2020 Peace Prize to the World Food Programme. For more than 50 years, WFP has been combatting global hunger. And it has certainly contributed to bettering conditions for peace in conflict areas. But to declare that it has it been acting as the “driving force in efforts to prevent the use of hunger as a weapon of war and conflict” is a bit of a stretch. Yes, it was the “driving force” in the 90s with Operation Lifeline Sudan, before South Sudan became independent. And it has been the “driving force” in Yemen since the outbreak of civil war in 2014. But what about the numerous other armed conflicts that are raging in Africa, Asia and Latin America?

And what about the other parts of the UN System that were established to deal directly with war and armed conflict, including its cause and effect: the Department of Political and Peacebuilding Affairs, the Office of the High Commissioner for Human Rights and the Office of the High Commissioner for Refugees? And then there’s the UN Special Rapporteurs and the army of Special Representatives of the Secretary General who are assigned to conflict countries to lead UN action. Well, nothing has happened to that part of the UN System to suggest that any significant change is on the horizon. But each conflict situation is different and so are the actors involved. Individuals are always the ones that can make a difference, so surprises are always possible.

What is largely misunderstood by the general public is that whatever the UN and its agencies are involved in, be it conflict resolution or famine relief, they are never fully in the driving seat. They’re the foot soldiers, given their marching orders by the member states. And for the work that they do, they’re funded by and are accountable to the member states. So, at a time when governments don’t want to shift the goalposts, major forward momentum by the UN System would not normally be in the cards.

But there are other significant forces at play here. First, in a growing number of countries, the general public are ahead of their governments. People do not want to see a child dying of starvation, no matter where that child is from. Public opinion can quickly be mobilized to cause cash-strapped donor governments to increase contributions to help deal with the effects of natural disasters in a stricken country. Second, the media play a vital role, not just in sensitizing the general public to the problem, but also in exposing overly stingy donor governments and inept aid organizations in addressing it adequately. Government representatives in developing countries are often reluctant to admit the seriousness of a natural disaster or the risk a civilian population face by armed conflict. A free press remains the world’s best watchdog.

Third, it’s disquieting that there seems to be a growing number of UN officials that are reluctant to speak up, and sound the alarm when danger signals appear. “Why are some such scaredy-cats?”, a colleague who just returned for a famine-struck area asked me recently? He knew exactly what he’d seen and what it meant for the population in the months ahead. But his seniors were nervous to admit it, lest it upset the government officials with whom they worked. It can be dangerous when well-paid senior UN humanitarian officials are unwilling to speak up and sound the alarm to prevent insipient situations from turning into disasters. The underlying problem may be the proliferation of short-term Uber-style contracts that UN staff are hired on these days. Many don’t want to run the risk of offending anyone for fear of losing their job. For the UN to work effectivly, its staff must be able to stand up for UN principles, speak up when need be and do their jobs with impunity. They need to be playing a supportive role right at the forefront of the action. UN humanitarians must stand tall.

So, in 2021 the humanitarian agencies may well take the lead in upholding the reputation the UN System still enjoys in some parts of the world. David Beasley and his World Food Programme will certainly be in the spotlight. On preventing hunger from being used as a weapon of war, WFP’s progress will be slow and uneven. The dynamics of each conflict are different and so are the actors involved. Don’t expect widespread results soon. But WFP has been rising to the challenge and delivering the goods for over 50 years. Forging a closer relationship with the UN’s political, peacebuilding, human rights and refugee agencies will be crucial to the new challenge. But in the difficult years ahead, the Norwegian Nobel Committee’s decision to award the 2020 Peace Prize to WFP may be just what the UN System needs to make life more tolerable for the millions still caught in the crossfire of war.

Trevor Page, resident in Lethbridge, Canada, is a former Director of the World Food Programme. He also served with the UN refugee agency, UNHCR and what is now the UN Department of Political and Peace Building Affairs