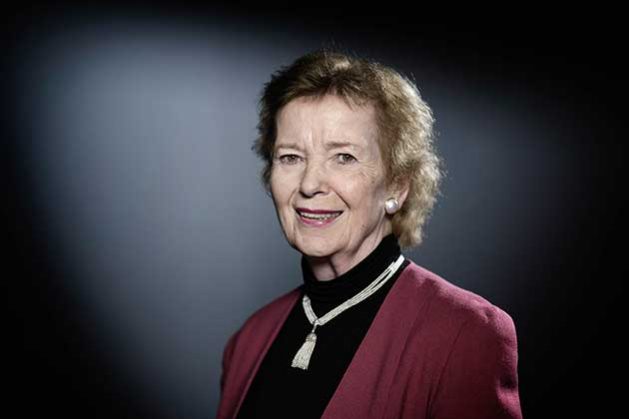 DUBLIN, Mar 5 2021 (IPS) - International Women’s Day is always an occasion to celebrate strong women and an important day in the global calendar to highlight the gender injustices still lingering in every part of the world.

In 2021, our celebrations will be bittersweet as we reflect on the sacrifices and hardships women have endured amid the pandemic, but I hope it will also spur us forward to ensure women and girls shape a more equal future as the world recovers from COVID-19.

The past 12 months have seen new barriers emerge to gender equality linked to the pandemic, in addition to the pre-existing social and systemic discrimination. Across the world, women are facing increased domestic violence, unpaid care duties, unemployment and poverty.

Women stand at the frontlines of the COVID-19 crisis and the jobs which have been revealed to be essential during the pandemic — from health and social care to low-paid services — are predominantly held by women.

While most of the world has implemented considerable restrictions of movement and emergency powers affecting daily life, authoritarian regimes in particular have exploited the public health crisis as an excuse to continue and even step up patterns of political repression and oppression, with women in the firing line.

One such country is Zimbabwe, where emergency powers prompted by the pandemic have been used to oppress legitimate political gatherings and protests. In 2019, I visited Zimbabwe with my fellow Elder Graça Machel, where we met with extraordinary women from all parts of society who described their pains and struggles, but also their hope of a better society. On this International Women’s Day, I reaffirm my solidarity with their struggle for rights and justice and applaud their determination to build a better future for their children.

Across the world, I have been inspired by young women activists and leaders describing themselves as “intersectional environmentalists”, who work across traditional silos to advance women’s rights and climate justice. I share their view that these goals cannot be separated from wider struggles to end other forms of discrimination, exclusion and injustice including racism, sectarianism and prejudice based on sexuality and gender.

The pandemic has indeed shone an unflattering light on global inequalities and exposed the intersectionality between gender, poverty and age.

I often think back to the impassioned speech in 2019 by the American climate activist Jamie Margolin. Jamie was only 17 years old when she testified at Capitol Hill about the climate crisis and climate injustices. She made headlines by interrupting when she felt her voice was not being listened to with the urgency and seriousness that the situation demanded. Her anger was justified, and sits in the context of decades if not centuries of women’s frustrations at being told to stay quiet when men are speaking.

Women’s voices must be heard in the debates on the global recovery from COVID-19. When women and youth come together, they can renew a country. It is absolutely crucial that they are present in a meaningful way and given a seat at the table at the COP26 climate summit later this year.

It is our responsibility as global leaders to include the crucial voices of women, youth and marginalised groups and countries. If the pandemic has taught us anything, it is that we are inextricably interconnected.

We have seen how countries led by women have often fared better in the pandemic and demonstrated their skills and ability to effectively guide their countries in times of crisis. Yet, women are (elected) heads of state and government in only 20 countries worldwide.

We must follow the example of Finland’s Sanna Marin, New Zealand’s Jacinda Arden and Germany’s Angela Markel and demonstrate impactful feminist leadership, starting at COP26 and across the next decade in order to fully achieve the promise of the UN’s Sustainable Development Goals.

I am also delighted that the World Trade Organization has just elected Ngozi Okonjo-Iweala as its new Director-General – the first woman, and the first African, to lead the WTO in its history. I know she will be a powerful voice for equality, justice and inclusion in the critical debates ahead.

Despite the myriad of intertangled injustices that have been building up for centuries, I see many reasons to stay hopeful.

Gender inequality is not an issue that sits on its own and International Women’s Day inspires me to fight for a post-pandemic world free from all injustices, instead of going back to our old ways before COVID-19 struck.

While many of us still cannot see our children and grandchildren amid the virus, I urge you to envision and act powerfully for a safe future for them as well as for those yet to come.

I know that I stand alongside legions of women fighting for justice, be it physically or virtually, and that we all stand alert and ready to build a safe, just future for us all.