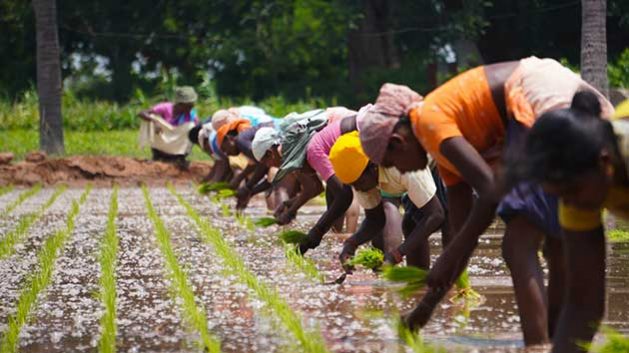 Researchers from the Foundation teamed up with counterparts from the Frederico II University of Naples to produce the New Double Pyramid, to be unveiled at a virtual event on April 14. It builds on the Foundation’s previous model, which consisted of the traditional food pyramid, promoting the nutritional value of food and an environmental pyramid, exploring the impact of food production on the environment.

According to the researchers, the new model will consist of a health and a climate pyramid. The health pyramid has the most common foods globally, clustered in 18 groups of items that are similar in their nutritional features and impact on health. Researchers conducted a comprehensive search of scientific data linking the consumption of each food group to health outcomes. They paid particular attention to the risk of cardiovascular diseases such as heart attack and stroke, which are the leading causes of death and disability globally.

The climate pyramid traces the connection between animal-based products and climate change. It also lists foods, including plant-based products, which have a low climate impact.

“The implementation of healthy diets within sustainable food systems is one of the most powerful tools to achieve the so-called “planetary health,” the understanding that human health depends on natural systems and can no longer be conceived independently from its impact on the planet’s condition,” Endocrinology and Metabolic Disease Professor at the Frederico II University of Naples, Gabriele Riccardi told IPS.

Riccardi, who is a member of the BCFN Foundation’s Advisory Board and a former President of the Italian Society of Diabetology, told IPS that in the past, the concept of health was applied to individuals, without adequate consideration for the impact of personal behaviours on the health of the general population. He said the COVID-19 pandemic was bringing a shift in perspective.

“Most people are now aware that wearing a face mask or undergoing vaccination is important not only to protect themselves but also to preserve the health of the general population. Within this context, health gains at the personal level cannot be achieved at the cost of depriving other people of some of their chances of being in good health,” he said.

“This is likely to occur if the health of a population group is based on an unsustainable lifestyle eroding the Earth’s natural systems that provide essential benefits like food, water and shelter on which all human beings depend.”

Food Tank President and Founder Danielle Nierenberg said that along with the health and climate pyramids, the Foundation had developed seven cultural double pyramids that investigate how people can eat healthily in different regions of the world.

“For example, the Mediterranean Diet is often lauded as sort of this perfect diet, but many cultures – indigenous cultures like those of Southern Asia and Sub-Saharan Africa have diets that include pulses, legumes and healthy fats and oils. They are more culturally appropriate and can help farmers and eaters alike not only live better lives but make better incomes,” Nierenberg told IPS.

The seven cultural pyramids are Latin America, South Asia, East Asia, Nordic and Canada, USA, Mediterranean and Africa. The Foundation’s model is adapted to these food cultures, and the intention is to promote a balanced diet for health and longevity while reducing the carbon footprint to the world.

“We’re really excited to partner on another virtual event. Our first one was in December. This will kick off the sessions that will take place this year in the lead-up to the United Nation’s Food Systems Summit.”

The research findings bring a new angle to the issue of dairy product consumption. Riccardi says recent evidence “does not support different attitudes to the consumption of these products based on their fat content.” For example, comparing full-fat to reduced-fat dairy products. He says instead, the new pyramid concludes that overall moderate consumption does not increase cardiovascular diseases.

The new pyramid shows that fermented products, such as cheese and yoghurt, are associated with a reduced risk of those diseases in the dairy category. They should be the preferred option for consumers.

Riccardi told IPS that through the Double Pyramid, the research team would also present a major new finding of how different types of meat vary in their relationships with health.

• The Double Pyramid will be launched on April 14. It promotes a one health approach to food by connecting food culture, health, and climate