Q&A: Drawing Attention to the Crisis in the DRC’s Education Sector 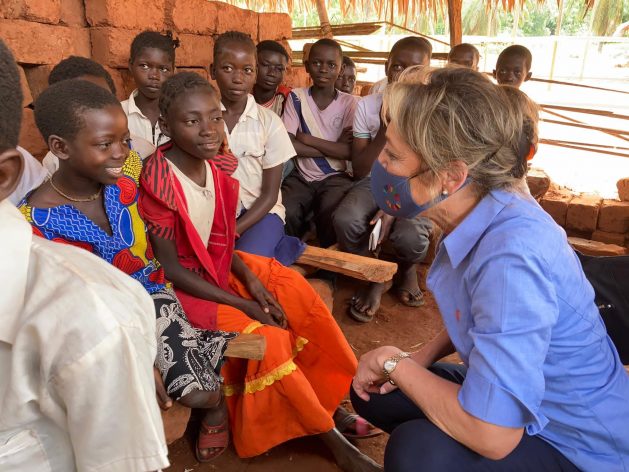 Yasmine Sherif, Director of Education Cannot Wait, on a recent visit to a refugee site in the village of Modale, in the Democratic Republic of the Congo where children's education is being supported.  Sherif says for those living in protracted crises, the risks of GBV are compounded. Courtesy: Education Cannot Wait

GOMA, DR Congo, Apr 27 2021 (IPS) - Yasmine Sherif, Director of Education Cannot Wait (ECW), has sounded the alarm on the need for Central African Republic refugee children and youth to access quality education during her visit to a refugee site in the Democratic Republic of the Congo (DRC) from Apr. 20-23.

During her field mission in the DRC, Sherif announced an ECW emergency education grant of $2 million which will allow access to quality education to CAR refugee and DRC host community children and youth along the border region of the DRC and CAR.

Sherif, accompanied by the United Nations High Commissioner for Refugees Filippo Grandi, visited a refugee site in the DRC village of Modale, located 30 kms from Yakoma, DRC, near the border of CAR. According to local authority estimates, more than 90,000 people have fled from CAR into DRC since December, when the presidential election in CAR sparked new violence. UNHCR, the UN Refugee Agency, has already registered 51,890 refugees to date.

In December, ECW announced a $22.2 million catalytic grant to provide education to over 220,000 children in the DRC. “In the coming two to three years, we need more funding of $60 million to 70 million and are urgently appealing to donors for an additional $45.3 in funding,” Sherif told IPS in a telephone interview from the DRC capital, Kinshasa.

CAR, the northern neighbour of the DRC, has never fully returned to peace since 2013, when the Seleka rebel group overthrew then-president François Bozizé. Many of the refugees who fled CAR through forests into the DRC are living along riverbanks in hard-to-reach border areas and among host communities with extremely limited resources.

Both the DRC and the CAR are among the least-developed countries in the world, according to the UN Development Programme’s rankings. CAR finds itself on the second-to-last position at 188, DRC is ranked at 175. 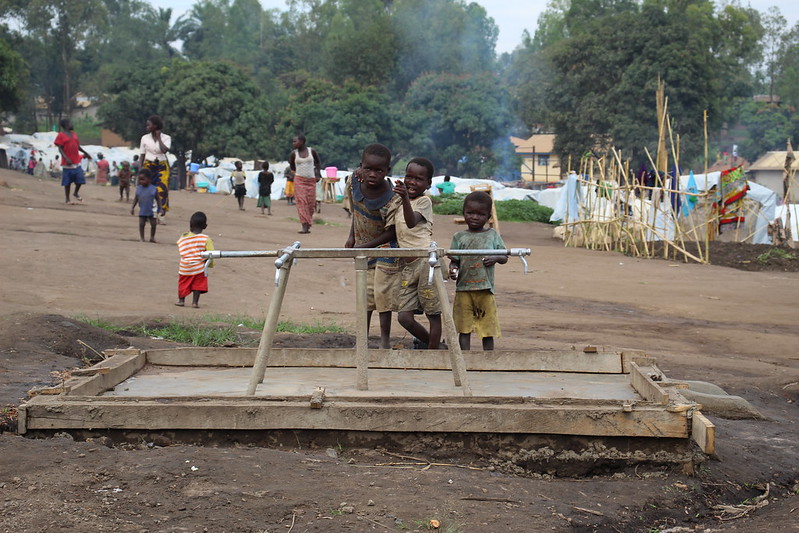 Children playing in a camp for displaced people in Bunia, in the eastern Democratic Republic of the Congo’s (DRC) Ituri province. The DRC is grappling with issues of insecurity and internally displaced people (IDPs) in some parts of the country while refugees escaping violence in the Central African Republic have fled to the country. Credit: Passy Mubalama/IPS

Inter Press Service (IPS): What is your mission in the DRC about?

Yasmine Sherif (YS): I want to draw international attention to several forgotten crisis in the DRC. We have a crisis in the education sector. There is a lot of insecurity and internally displaced people in some parts of the country, like in the North Kivu province. And we have, in the north, the refugees coming in from the Central African Republic. Despite this, there has to be a working education system across this vast country.

IPS: You were just coming back from a visit in a camp close to the border of CAR where the UNHCR relocates refugees who are living in remote areas. Now ECW launched a grant of $2 million for education. What exactly is the money spent on?

YS: The $2 million is initial seed funding, a kick-start only. We call on other donors to join to reach $7 million. Sixty percent of the CAR refugees are school children. Seventy percent of them didn’t attend school in CAR because of the crises there. With our partners on the ground, UNHCR, the government of the DRC and local organisations, we build schools and infrastructure, train teachers, offer mental and psychological help and a safe environment for refugee children and those in local communities. Yesterday, I spoke to children of refugees and communities who attend school together. They are all eager to learn. They have dreams and want to become policemen, doctors and lawyers in the future. Especially the refugee children show so much empathy for others – they want to help because they themselves saw horrible things. Some children are traumatised, but are still very resilient if we give them the tools like quality education.

IPS: How did local people welcome you? In some parts of DRC like North Kivu, people are frustrated with the UN and humanitarian organisations because they don’t see their living conditions any better although the humanitarians are there for more than 20 years. Two weeks ago there were even violent demonstrations against the UN peacekeeping mission “Mission de l’Organisation des Nations Unies pour la stabilisation en République démocratique du Congo” (Monusco), which people want to leave.

YS: People in the border region to CAR gave us a very warm welcome. If some Congolese are frustrated, it’s because they don’t get aren’t receiving the services delivered which they direly need. And this is because Monusco, the humanitarians and especially the educational sector, simply don’t have enough budget to do so. The DRC is a big country with a huge population. Logistics, traveling and the ability to have an impact demands a lot of money. Instead of increasing funds, some donors have cut them because they struggle at home with the economic crisis caused by the COVID-19 pandemic. But, especially in a crisis, we can must show humanity while helping those people who have so much less. The more we give, the more will come back. Education is crucial. With inclusive quality education, you will also have gender equality, access to justice and less poverty. And how would one want to stop address climate change without education?

IPS: Is there anything else that you would like to add?

YS: Absolutely. I call an appeal urgently appeal towards to strategic public donors, as well as the private sector, companies and foundations: Help those people who lost everything and have suffered for decades. Even if there is the amidst a worldwide pandemic, it is in giving that we are human. 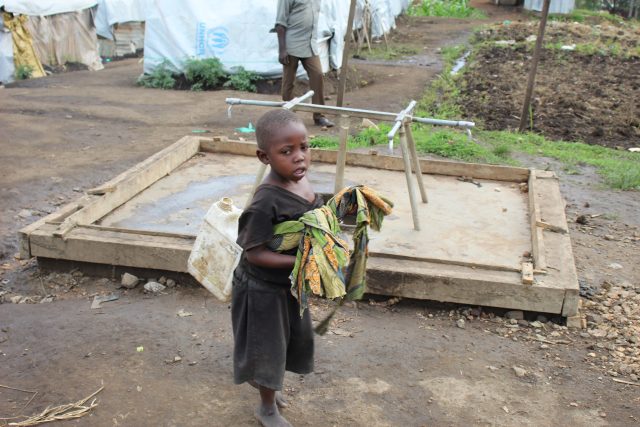 A child with a water canister strapped to his back lives in a camp for displaced people in Bunia, in the eastern Democratic Republic of the Congo’s (DRC) Ituri province. Many of those who live here have fled from atrocities committed by armed groups against civilians. Credit: Passy Mubalama/IPS