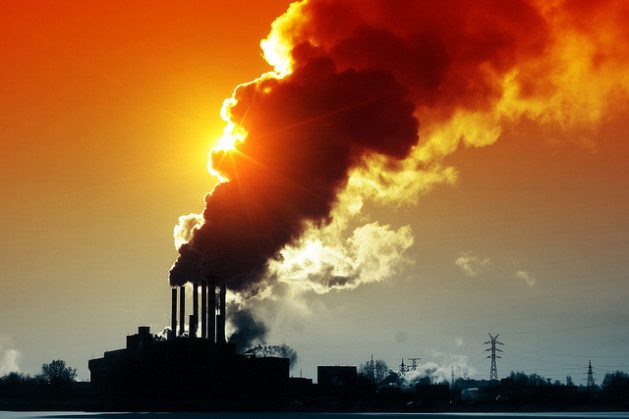 The abundance of heat-trapping greenhouse gases in the atmosphere once again reached a new record last year, with the annual rate of increase above the 2011-2020 average, according to the World Meteorological Organization. Credit: Bigstock

MADRID, Oct 29 2021 (IPS) - Another Year Another Record! The emissions of greenhouse gases continue to rise, the land and sea temperatures are higher than ever since there are records, and the ecosystems could fail their role as vital sinks absorbing carbon dioxide and as a buffer against larger temperature increases.

“The abundance of heat-trapping greenhouse gases in the atmosphere once again reached a new record last year, with the annual rate of increase above the 2011-2020 average. That trend has continued in 2021.”

This is how the World Meteorological Organization (WMO) warns in the Greenhouse Gas Bulletin, released just five days ahead of the UN Climate Change Conference (COP26) (31 October – 12 Novembre) in Glasgow. In it, the world organisation reports that the concentration of carbon dioxide (CO2) –the most important greenhouse gas– reached 413.2 parts per million in 2020 and is 149% of the pre-industrial level.

But what is carbon dioxide

Carbon dioxide remains in the atmosphere for centuries and in the ocean for even longer. The last time the Earth experienced a comparable concentration of CO2 was 3-5 million years ago, when the temperature was 2-3°C warmer and sea level was 10-20 meters higher than now

Carbon dioxide is the single most important greenhouse gas in the atmosphere, accounting for approximately 66% of the warming effect on the climate, mainly because of fossil fuel combustion and cement production.

As long as emissions continue, global temperature will continue to rise. Given the long life of CO2, the temperature level already observed will persist for several decades even if emissions are rapidly reduced to net zero, warns WMO.

And what is methane?

Methane is a powerful greenhouse gas which remains in the atmosphere for about a decade, the world organisation explains.

Methane accounts for about 16% of the warming effect of long-lived greenhouse gases, according to the US National Oceanic and Atmospheric Administration.

Methane (CH4) is 262% and nitrous oxide (N2O) is 123% of the levels in 1750 when human activities started disrupting Earth’s natural equilibrium.

What is nitrous oxide?

According to the World Meteorological Organisation, nitrous oxide is both a powerful greenhouse gas and ozone depleting chemical. It accounts for about 7% of the radiative forcing by long-lived greenhouse gases.
N2O is emitted into the atmosphere from both natural sources (approximately 60%) and anthropogenic sources (approximately 40%), including oceans, soils, biomass burning, fertilizer use, and various industrial processes.

Will ecosystems fail their role as sinks?

The Greenhouse Gas Bulletin flags concern that the ability of land ecosystems and oceans to act as “sinks” may become less effective in future, thus reducing their ability to absorb carbon dioxide and act as a buffer against larger temperature increases.

And it shows that from 1990 to 2020, radiative forcing – the warming effect on our climate – by long-lived greenhouse gases increased by 47%, with CO2 accounting for about 80% of this rise.

But what are carbon sinks?

— Land and ocean CO2 sinks have increased proportionally with the increasing emissions in the past 60 years. But these uptake processes are sensitive to climate and land-use changes. Changes in the effectiveness of carbon sinks would have strong implications for reaching the goals of the 2015 Paris Agreement and will require adjustments in the timing and/or size of the emission reduction commitments.

— Ongoing climate change and related feedbacks, like more frequent droughts and the connected increased occurrence and intensification of wildfires might reduce CO2 uptake by land ecosystems. Such changes are already happening, and the Bulletin gives an example of the transition of the part of Amazonia from a carbon sink to a carbon source.

Ocean uptake might also be reduced due to higher sea surface temperatures, decreased pH due to CO2 uptake and slowing of the meridional ocean circulation due to increased melting of sea ice.

“The Greenhouse Gas Bulletin contains a stark, scientific message for climate change negotiators at COP26. At the current rate of increase in greenhouse gas concentrations, we will see a temperature increase by the end of this century far in excess of the Paris Agreement targets of 1.5 to 2 degrees Celsius above pre-industrial levels,” said WMO Secretary-General Petteri Taalas.

“Carbon dioxide remains in the atmosphere for centuries and in the ocean for even longer. The last time the Earth experienced a comparable concentration of CO2 was 3-5 million years ago, when the temperature was 2-3°C warmer and sea level was 10-20 meters higher than now. But there weren’t 7.8 billion people then,” said Taalas.

Enough reasons to worry? And to act? Before judging, please know that Governments plan to double the production of energy from fossil fuels!