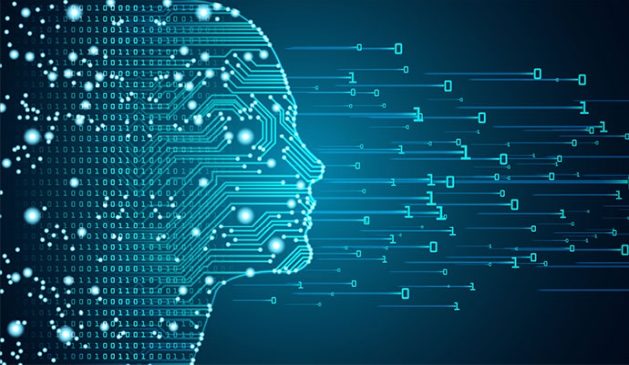 PARIS, Nov 26 2021 (IPS) - The member states of the United Nations Educational, Scientific and Cultural Organization (UNESCO) have agreed on a text of recommended ethics for artificial intelligence (AI) that states can apply on a “voluntary” basis.

The adopted text, which the agency calls “historic”, outlines the “common values and principles which will guide the construction of the necessary legal infrastructure to ensure the healthy development of AI,” UNESCO says. 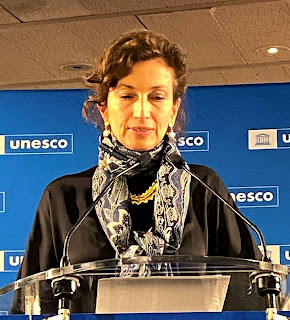 The text specifies that AI systems “should not be used for social scoring and mass surveillance purposes,” among other recommendations.

The organization’s 193 member states include countries, however, that are known to use AI and other technologies to carry out such surveillance, often targeting minorities and dissidents – including writers and artists. Governments and multinational companies have also used personal data and AI technology to infringe on privacy.

While such states and entities were not named, UNESCO officials acknowledged that the discussions leading up to the adopted text had included “difficult conversations”.

Presenting the agreement Nov. 25 at the organization’s headquarters in Paris, UNESCO’s Director-General Audrey Azoulay said the initiative to have an AI ethics framework had been launched in 2018.

“I remember that many thought it would be extremely hard if not impossible to attain common ground among the 193 states … but after these years of work, we’ve been rewarded by this important victory for multilateralism,” Azoulay told journalists.

She pointed out that AI technology has been developing rapidly and that it entails a range of profound effects that comprise both advantages to humanity and wide-ranging risks. Because of such impact, a global accord with practical recommendations was necessary, based on input from experts around the world, Azoulay stressed.

The accord came during the 41st session of UNESCO’s General Conference, which took place Nov. 9 to 24 and included the adoption of “key agreements demonstrating renewed multilateral cooperation,” UNESCO said.

The text states that AI systems “should not be used for social scoring and mass surveillance purposes,” among other recommendations. The organization’s 193 member states include countries, however, that are known to use AI and other technologies to carry out such surveillance, often targeting minorities and dissidents - including writers and artists

While the accord does not provide a single definition of AI, the “ambition” is to address the features of AI that are of “central ethical relevance,” according to the text.

These are the features, or systems, that have “the capacity to process data and information in a way that resembles intelligent behaviour, and typically includes aspects of reasoning, learning, perception, prediction, planning or control,” it said.

While the systems are “delivering remarkable results in highly specialized fields such as cancer screening and building inclusive environments for people with disabilities”, they are equally creating new challenges and raising “fundamental ethical concerns,” UNESCO said.

According to UNESCO, these types of technologies “are very invasive, they infringe on human rights and fundamental freedoms, and they are used in a broad way.”

The agreement stresses that when member states develop regulatory frameworks, they should “take into account that ultimate responsibility and accountability must always lie with natural or legal persons” – that is, humans – “and that AI systems should not be given legal personality” themselves.

“New technologies need to provide new means to advocate, defend and exercise human rights and not to infringe them,” the agreement says.

Among the long list of goals, UNESCO said that the accord aims to ensure that digital transformations contribute as well to the achievement of the Sustainable Development Goals” (a UN blueprint to achieve a “better and more sustainable future” for the world).

“We see increased gender and ethnic bias, significant threats to privacy, dignity and agency, dangers of mass surveillance, and increased use of unreliable AI technologies in law enforcement, to name a few. Until now, there were no universal standards to provide an answer to these issues,” UNESCO stated.

Regarding climate change, the text says that member states should make sure that AI favours methods that are resource- and energy-efficient, given the impact on the environment of storing huge amounts of data, which requires energy. It additionally asks governments to assess the direct and indirect environmental impact throughout the AI system life cycle.

On the issue of gender, the text says that member states “should ensure that the potential for digital technologies and artificial intelligence to contribute to achieving gender equality is fully maximized.”

It adds that states “must ensure that the human rights and fundamental freedoms of girls and women, and their safety and integrity are not violated at any stage of the AI system life cycle.”

Alessandra Sala, director of Artificial Intelligence and Data Science at Shutterstock and president of the non-profit organization Women in AI – who spoke at the presentation of the agreement – said that the text provides clear guidelines for the AI field, including on artistic, cultural and gender issues.

“It is a symbol of societal progress,” she said, emphasizing that understanding the ethics of AI was a shared “leadership responsibility” which should include women’s often “excluded voices”.

In answer to concerns raised by journalists about the future of the recommendations, which are essentially non-binding, UNESCO officials said that member states realize that the world “needs” this agreement and that it was a step in the right direction.