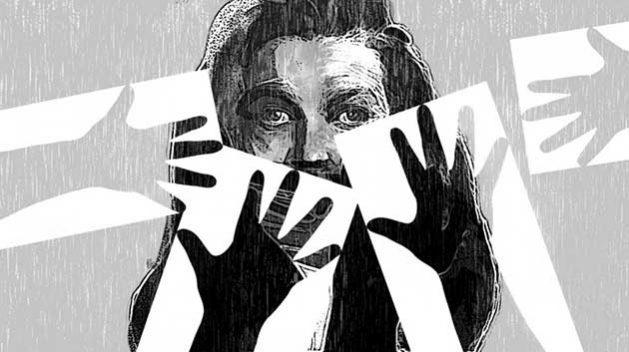 MADRID, Nov 23 2021 (IPS) - Thirty percent of women and girls suffered physical or sexual violence in their lifetime, most frequently by an intimate partner. And more than 70 percent of all sold, bought and enslaved victims of human smuggling and trafficking are women and girls — three out of four of them are sexually exploited.

These are just some of the brush strokes of a gloomy picture on the still prevailing violence practiced against women and girls, one of the most widespread, persistent and devastating human rights violations, which remains largely unreported due to the impunity, silence, stigma and shame surrounding it.

These are figures drawn from recorded cases. Thus, it is not hard to imagine that the numbers and percentages are much higher.

Is an international day enough?

Every year, 25 November marks the International Day for the Elimination of Violence against Women. According to this year’s, in general terms, it manifests itself in physical, sexual and psychological forms, encompassing:

Like in previous years, the 2021 International Day will mark the launch of 16 days of activism that will conclude on 10 December 2021, which is International Human Rights Day.

Different forms of violence against women and girls

According to the World Day, the Declaration on the Elimination of Violence Against Women issued by the UN General Assembly in 1993, defines violence against women as: “any act of gender-based violence that results in, or is likely to result in, physical, sexual or psychological harm or suffering to women, including threats of such acts, coercion or arbitrary deprivation of liberty, whether occurring in public or in private life.”

In this, UN Women –which works to develop and uphold standards and create an environment in which every woman and girl can exercise her human rights and live up to her full potential– reports that fewer than 40 percent of the women who experience violence seek help of any sort.

And that 37 percent of women aged 15 to 49 living in countries classified by the Sustainable Development Goals as “least developed” have been subject to physical and/or sexual intimate partner violence in their life.

Also, 22 percent of women living in “least developed countries” have been subjected to intimate partner violence in the past 12 months—substantially higher than the world average of 13 percent.

In the Middle East and North Africa, 40–60 per cent of women have experienced street-based sexual harassment.

Meanwhile, 1 in 10 women in the European Union report having experienced cyber-harassment since the age of 15.

Also meanwhile, at least 200 million women and girls, aged 15–49 years, have undergone female genital mutilation in 31 countries where the practice is concentrated. Half of these countries are in West Africa.

There are still countries where female genital mutilation is almost universal, where at least 9 in 10 girls and women, aged 15–49 years, have been cut. (See: Daughters of a Lesser God (II) 200 Million Girls Mutilated)

Moreover, 15 million adolescent girls worldwide, aged 15–19 years, have experienced forced sex. In the vast majority of countries, adolescent girls are most at risk of forced sex (forced sexual intercourse or other sexual acts) by a current or former husband, partner, or boyfriend. Based on data from 30 countries, only one per cent have ever sought professional help.

Add to all the above that 1 in 5 women are married before reaching the age of 18. (See: Daughters of a Lesser God (I) 800 Million Girls Forced to Be Mothers).

By September 2020, 52 countries had integrated prevention and response to violence against women and girls into COVID-19 response plans, and 121 countries had adopted measures to strengthen services for women survivors of violence during the global crisis, but more efforts are urgently needed.

UN Women also reports that at least 155 countries have passed laws on domestic violence, and 140 have laws on sexual harassment in the workplace.

“However, even when laws exist, this does not mean they are always compliant with international standards and recommendations, or that the laws are implemented and enforced.”

All the above facts and figures are not only shocking; they reflect the scary reality of millions of women and girls in yet another case of the staggering inequalities prevailing in the world.